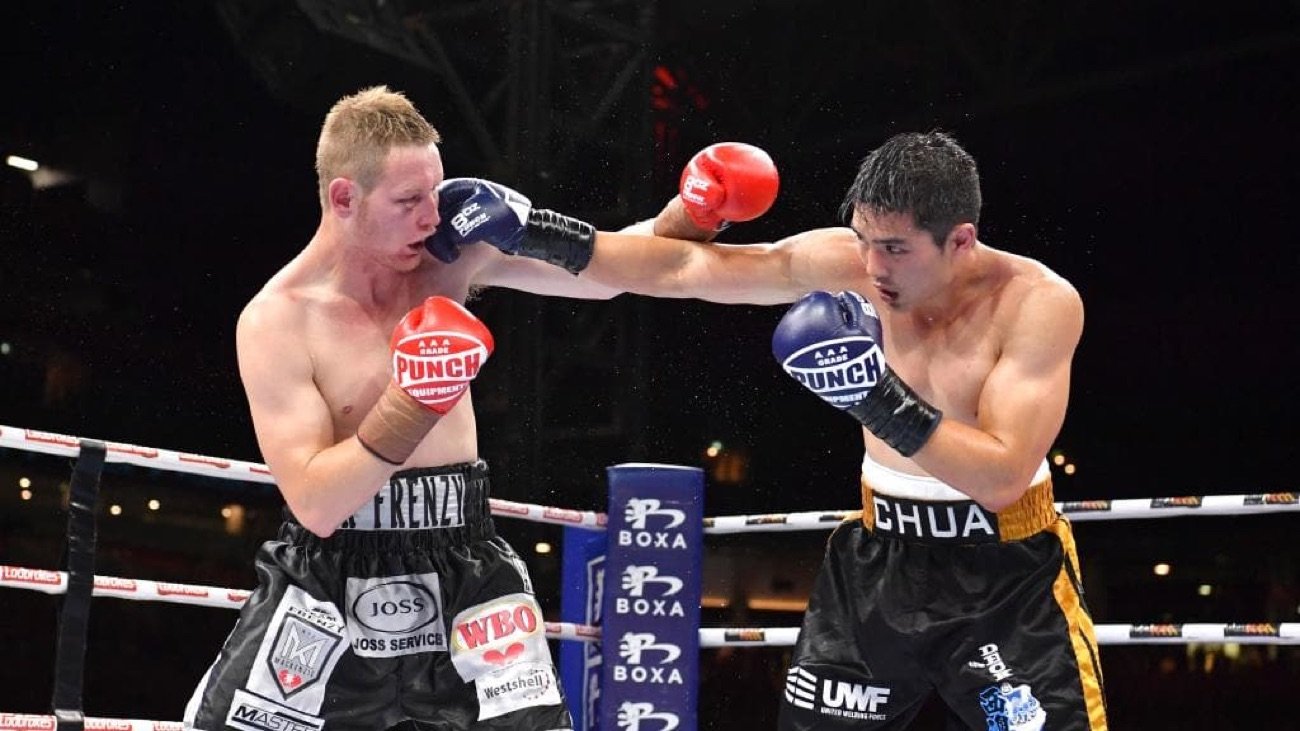 Perth based, Aussie known as the “Removalist” Francis Chua (7-1-1) boasts an excellent record of 7 wins from 8 fights, his lone loss being a controversial points decision to top flight Australian boxer Kye MacKenzie. Chua had previously upset MacKenzie’s tilt at a world title shot against Vasyl Lomachenko, when he beat the WBO #2 in front of a 40,000 crowd as undercard to a Jeff Horn bout in Brisbane. The November 2018’s clash with Kye Mackenzie was the Australasian “Upset of the Year”

Prior to the global pandemic Francis Chua agreed to terms with the Vietnamese based promotional group Victory 8 to fight Vietnamese legend Nguyen Van Hai. The fight was set to take place in Manila on May 9 for the prestigious WBC Australasia lightweight title.

“For sure, I was coming to win and I expected to win, I believe Im an old school type Gatti Ward type fighter. I will always give the fans a great show but with the corona virus it was not meant to be.” said Chua.

Now Chua sets his sights on the domestic scene;
“I know Kye (MacKenzie) & Kayne Clarke are set to fight on the Horn Tszyu Undercard for WBA & IBO regional honours. Kye and I are 1 win each “on paper” but everyone who saw the second fight knows who really won tht fight so a trilogy to even up the score with all the regional belts would make sense. Im up for fighting anyone, anywhere, anytime. If Clarke who is a really good fighter too and I have full respect for anyone who steps foot in the ring”.

“There is also local West Aussie Brandon Ogilvie, that would be another great local match up. That could headline Dragon Fire Boxing’s Thunderdome series”.

“Jacob NG is another up and coming boxer who is WBO & IBF World rated, both our camps have been in loose discussions previously but dates had never aligned”.

“Then there’s George Kambosos Jnr who is suppose to be fighting Lee Selby in an IBF Eliminator is a fight I would love to have. I was offered by manager the Big Moss, Tony Tolj a fight with George at the MGM Grand in Vegas on a Pacquiao undercard. Now that is things that you dream about growing up. However my manager really cares for me as a person and said Francis I know you have some of your close family that is terminally ill, you need to spend time with them. And it was the right decision as my head was all over the shop”.

“If the Mackenzie fight doesn’t happen, I’ve got plenty of options and I’m grateful to my management for getting me the right opportunities and Tonys exactly when we should roll the dice, thats why hes the man.

“There is always the Thunderdome events in Perth and I want to continue to build my experience and look to win titles by taking on the best. That is what I really want going forward and I know that if I stay solid in the gym, I will get there when the time is right. All I want to do is make my family, friends and country proud, The Removalist is here to take out all the lightweights!!”