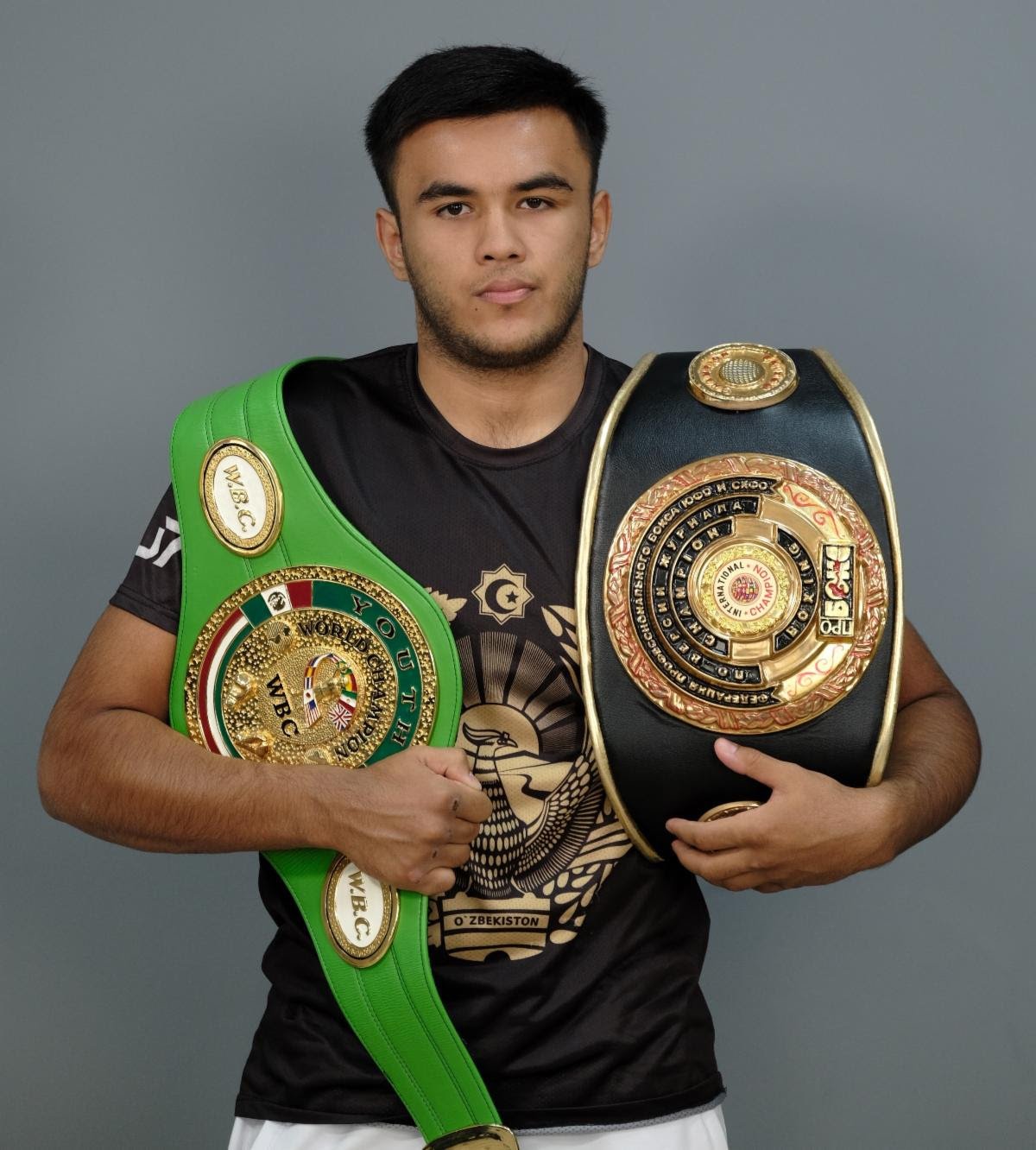 “I’m thrilled to bring on Uzbek puncher Ravshan ‘Beretta’ Makhamadjonov to DBE’s roster,” said Lou DiBella, President of DiBella Entertainment. “Ravshan was a very talented and accomplished amateur. As a junior middleweight, he is in a stacked and competitive weight class, and I look forward to providing him the right opportunities to reach his full potential.”

“I am excited to show the world my talent, hard work and dedication to my craft,” said Makhamadjonov. “I would like to thank my advisors, Michael Binyanminov and John Beninati, for believing in me. I would also like to thank Lou DiBella, who is a great promoter that will guide my career as I work my way up the ranks and toward a world title shot.”

The 21-year-old Makhamadjonov, from Tashkent, Uzbekistan, is coming off of an eight-round unanimous decision victory on September 9, against 8-1 prospect Volodymyr Hordiienko, at Moscow’s USC Soviet Wings Sports Palace, to capture the WBC World Youth super welterweight title and enter the WBC’s world ratings. He is trained by Zufar Sulaimanov and Maruf Gulyamov out of OQ-TEPA Club, a major sports complex in his hometown where fighters can both train and compete professionally.

Though Makhamadjonov was born a few generations later, it was Muhammad Ali who inspired him to take up boxing. After watching tapes of Ali’s fights at the age of 10, Makhamadjonov asked his father to bring him to their local gym and, over the next eight years, he compiled an impressive amateur record of 275-25. He won the Tashkent City Amateur Boxing Championships seven years in a row from 2011-2017, as well as the 2012 Uzbekistan Amateur Boxing National Championships and 2016 Zhuravlev International Boxing Tournament. Makhamadjonov turned professional on April 9, 2017, one day after his 18th birthday, and is now advised by Michael Binyanminov and John Beninati.