In the main event Denzel Bentley defends his British Middleweight title against Felix Cash, who will be putting his own Commonwealth title on the line. Elsewhere on the card, Callum Johnson returns after a 2 year absence against Croatia’s Emil Markic. David Adeleye takes a step-up when he battles Kamil Sokolowski and Queensberry prospects Henry Turner, George Davey and Karol Itauma all return to action. 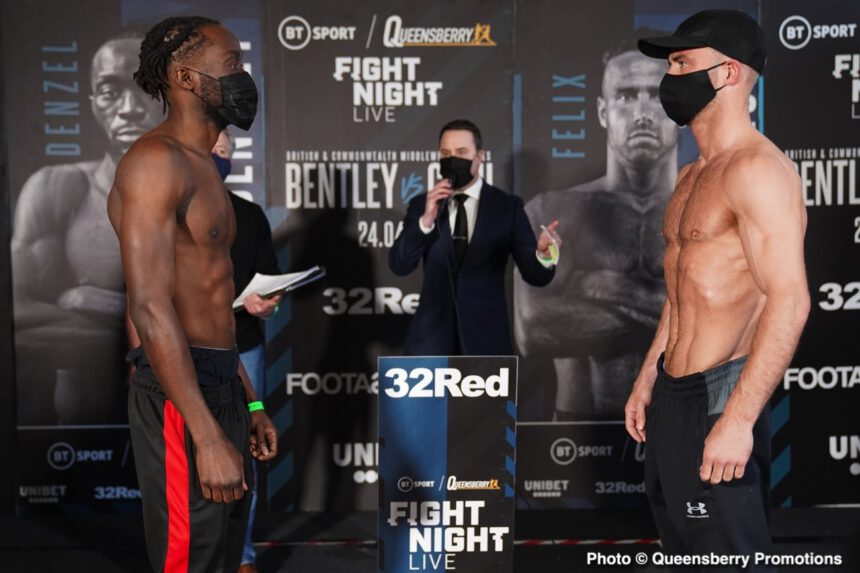 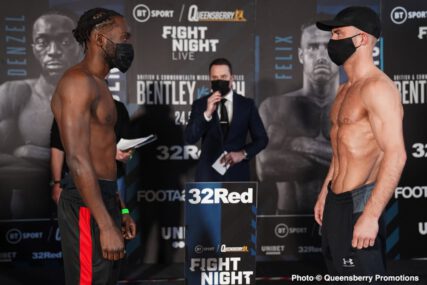 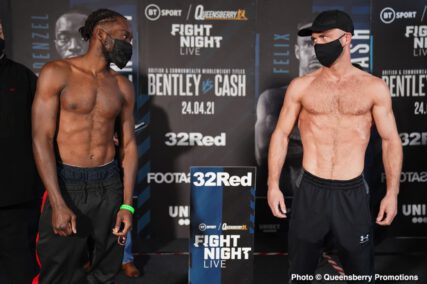 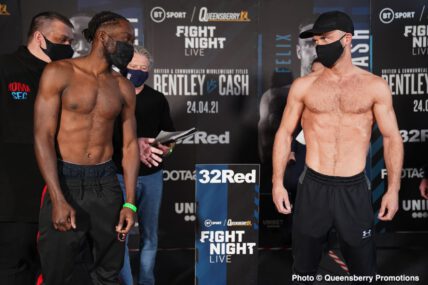 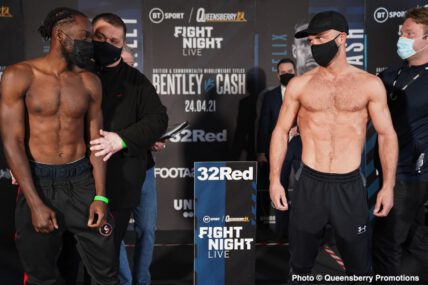 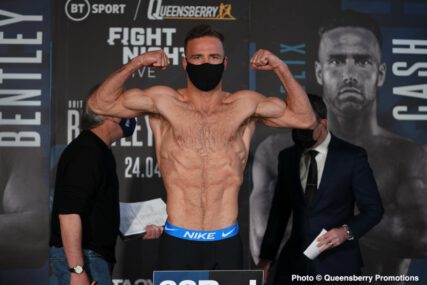 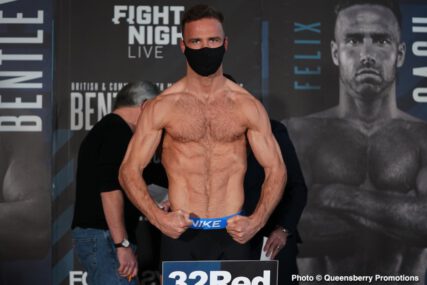 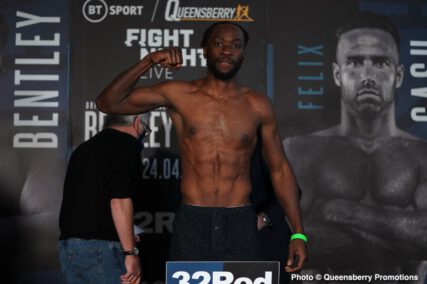 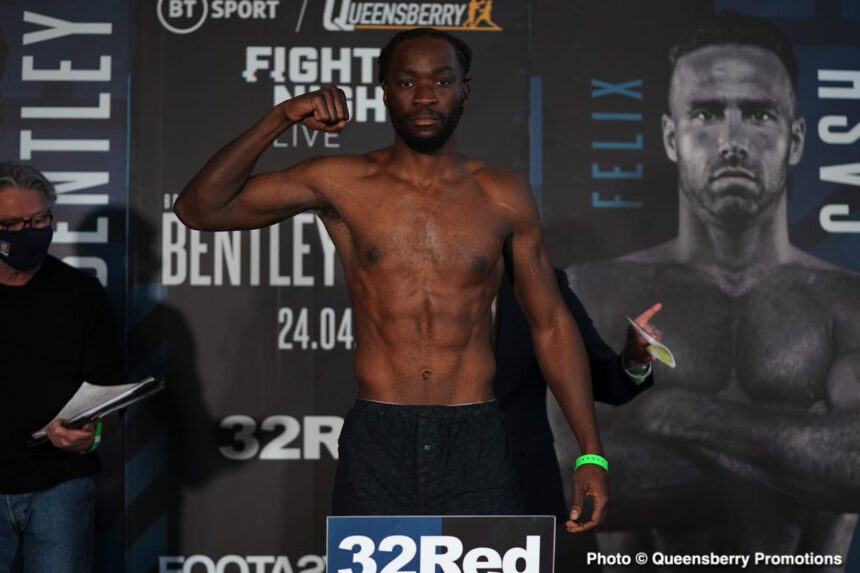 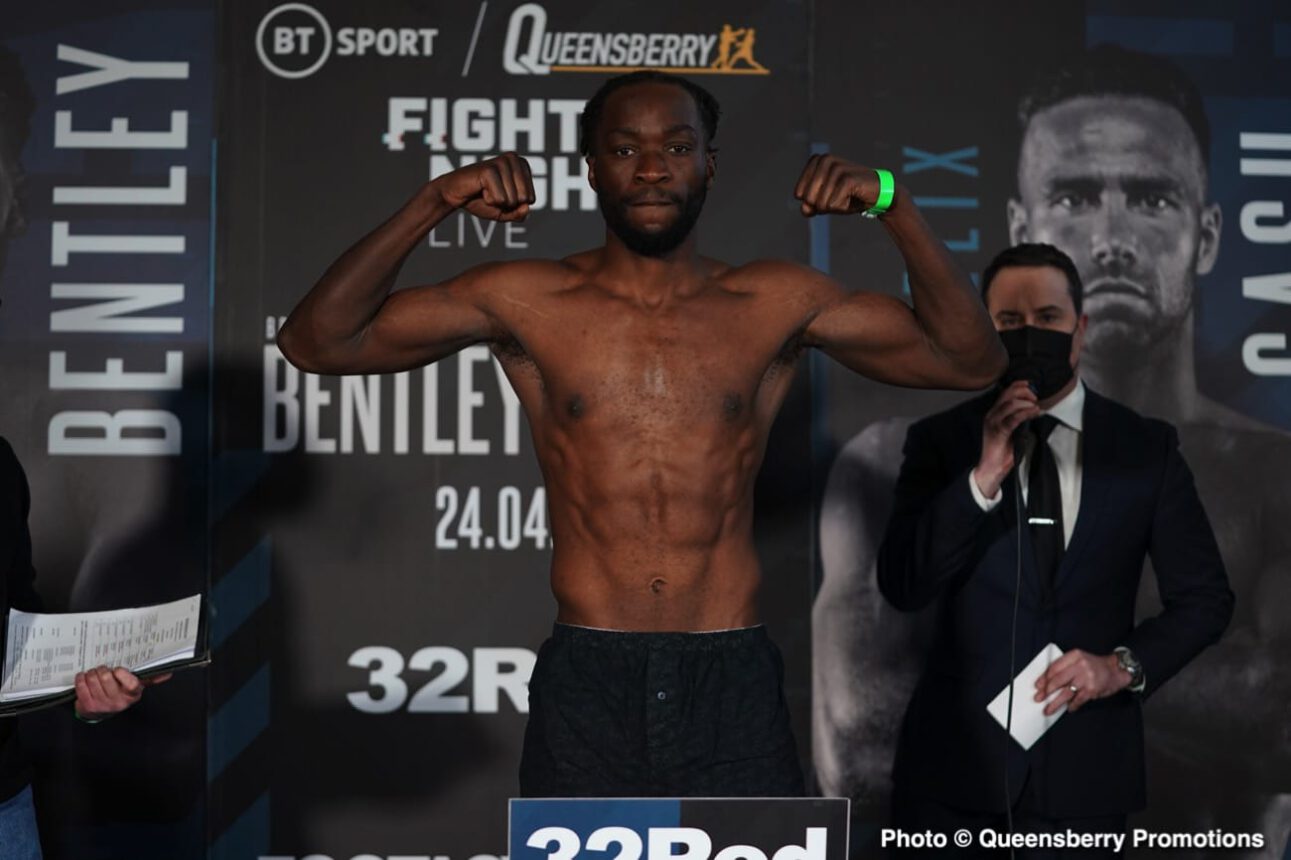 He defends the British Middleweight championship against mandatory contender, Cash (13-0, 9 KOs) who will be risking his Commonwealth title on Saturday (April 24), live on BT Sport.

When Bentley (14-0-1, —12 KOs) sparred with Cash a few years ago things spilled over when Bentley got fed up with Cash’s roughhouse tactics.

He has admitted to pulling Cash into a headlock before being picked up by his rival. They ended up grappling on the floor before being pulled apart.

Bentley, 26, recalled: “We both did four rounds sparring then jumped back in with each other.

“We were going at it and he started hitting low and behind the head – all the little dirty tricks he likes to do. Then it got heated, he got upset and it turned into a little scrap but it’s in the past.

“He says I was clinging on for dear life – well we will see on Saturday.

“I do everything better than Felix. Is he gonna turn up with his dirty tricks? He is a dirty fighter. Everyone has seen it in his fights.

“He does it well and gets away with it a lot, but it’s not going to bother me. I reckon I am going to stop him even if he doesn’t have chinks in his armour.”

Cash, 28, hit back: “Am I a dirty fighter? I am what I am. I am a very good fighter and I am going to show Denzel. I will win the fight by stoppage.”

Bentley is making his first defence of the title he won by forcing Mark Heffron to retire in November and promoter Frank Warren has suggested his man is close to moving onto to the world stage.

The Hall of Fame promoter who won the purse bids to stage the showdown added: “There was talk that Tony Sims (Felix’s trainer) said he was considering not taking the fight and moving on, but hats off to them.

“From a fans point of view it doesn’t get any better than this. The one who has the skills and wants it the most will come through.

“I have an opinion about the fight and that is why we got behind Denzel in the purse bids. We believe in him.

“If Denzel comes through this as we expect him to then he will move on and into a position where he gets a world title fight.”

Some of the best prospects in the Queensberry stable are also on show including London Heavyweight banger David Adeleye (5-0, 5 KOs) who boxes a six rounder.