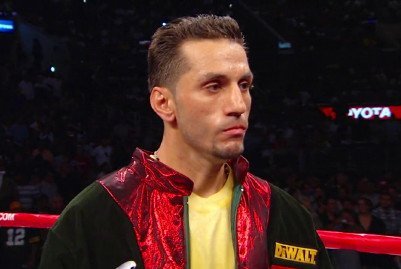 Finney, 23, who took the bout on one days notice, gave a good account and had his best moment of the fight when he landed a nice straight right in the fifth. Lubin, a natural righty who boxes as a southpaw cruised through the last few rounds.

Light heavyweight Ahemed Eliabi (9-0, 9 kos) scored a two round stoppage of Dustan Craig Echard (10-1, 7 kos). Echard had some success in the first with a couple of nice right hands but was repayed with interest in the second. He was knocked through the ropes early in the round and Eliabi jumped on him immediately with referee Bill Clancey waving it at 44 seconds.