Josh Taylor outworked Jose Ramirez on Saturday night to win a 12 round unanimous decision to become the undisputed light welterweight champion at the Virgin Hotels in Las Vegas.

The judges scored the fight as follows:

Late in the fight, Taylor, 30, appeared to take his foot off the accelerator, which allowed Ramirez to make it close at the end.

In round six, Taylor shockingly dropped the normally steel-chinned Ramirez with a left to the head. A round later in the seventh, Taylor caught Ramirez with a vicious left uppercut.

Ramirez was lucky the fight wasn’t halted because he was down for a long time after the second knockdown.

With that said, fight appeared to be more one-sided than the scores handed down by the judges. There were many close rounds, though, and the judges were likely impressed with the hard work that Ramirez was putting in.

Unlike Taylor, who looked like he was taking his foot off the gas in some of the rounds, Ramirez fought hard in every round. That might explain why the judges had it closer than it otherwise appeared to be. 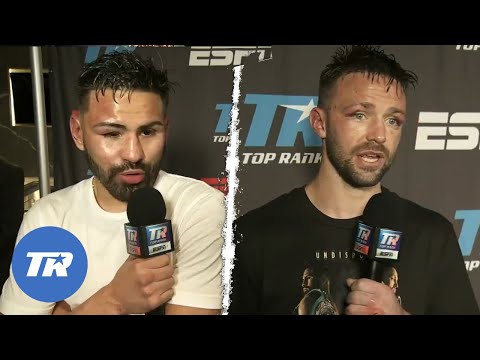 All in all, it was a great performance by the southpaw Taylor, who showed that he had better boxing skills and overall ability. The only downside of the fight was the scoring.

“I thought the scorecards were a little tight,” said Taylor after the fight. “I thought they were well wider than that. I wasn’t too happy with the selection of the judges, but I wasn’t going to moan. I was confident in winning this fight anyway.

“I’ve got nothing but love for Ramirez. This week was no disrespect. It was all part of the mind games to get in his head, to make him more eager to jump in at me and be more aggressive, to use his aggression against him.”

It looked like a more one-sided fight than the judges had it, but as I said, they have been impressed with the hard work that Ramirez was putting in. He showed a lot of hard by getting up off the deck twice and taking many huge shots from Taylor.

With the win, Taylor will likely stay around the 140-lb division to defend against WBO mandatory Jack Catterall next.

Taylor said recently that he would give Catterall a title shot, as he’s been waiting for a long time. Jose Zepeda is also a possibility for Taylor.

A lot of boxing fans would like to see Taylor go up to 147 to challenge WBO welterweight champion, Terence Crawford. That might be a bad idea for Taylor and Top Rank, though. If they want to keep Taylor unbeaten, he needs to stay at 140 because he doesn’t match up well with Crawford or IBF/WBC champion Errol Spence Jr.

Taylor can make more money by defending his four 140-lb titles against either Gervonta ‘Tank’ Davis or Teofimo Lopez. Teofimo had been talking about wanting to challenge the winner of the Taylor vs. Ramirez fight.

However, Teofimo’s promoter Bob Arum of Top Rank threw cold water on that idea this week, saying that Teo will be staying at 135 for a couple of more fights. 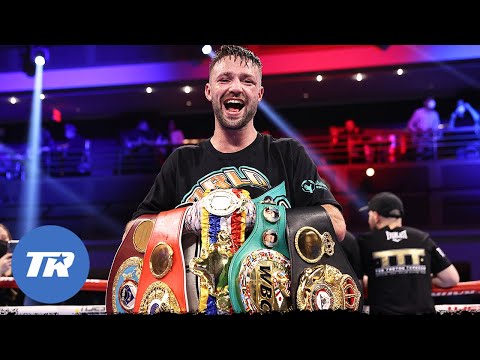 As the main event scoring, the Zepeda-Lundy fight looked a heck of a lot closer than the scores turned in by the judges.

Zepeda, 31, looked lethargic throughout the contest, perhaps still feeling the effects of his previous war against Ivan Baranchyk last October. In that fight, Zepeda was dropped twice before coming back to stop Baranchyk in the fifth.