Tonight, on the stacked Tyson Fury vs Deontay Wilder card, unbeaten heavyweight Jared Anderson advanced to 10-0 with 10 stoppage wins by way of an impressive second-round stoppage win over unbeaten Russian southpaw Vladimir Tereshkin. The end came at the 2:51 mark of round two as Anderson was all over a hurt and stunned Tereshkin.

Anderson, AKA “The Real Big Baby,” is now 10-0 with all ten wins coming via stoppage. Tereshkin , who not too many of us knew too much about, lost his unbeaten record in dropping to 22-1-1(12).

Anderson was way too fast and accurate for the somewhat lumbering southpaw who did a little switch-hitting during the short fight. Anderson’s left jab could not miss and neither could the 21 year old’s right hand to the head. Anderson also tagged his slower foe to the body.

Anderson was seemingly hitting Tereshkin with everything in the second-round, punishing the older man. Then a big right hand had Tereshkin on queer street, stuck in a corner and taking follow-up blows. Tereshkin had no answer at all and he looked at ref Kenny Bayless. It was clear Tereshkin was a beaten man who wanted no more. Bayless had no option than to stop it.

Anderson really is a young and talented heavyweight to get excited about. Certainly the best US heavyweight prospect on the scene today, Anderson has been sparring with Tyson Fury and he is hungry to fight as often as he can, against quality opposition.

At age 21, Anderson has plenty of time on his side. How far can Anderson go? Plenty of good judges think all the signs show how “The Real Big Baby” can indeed reach the very top. 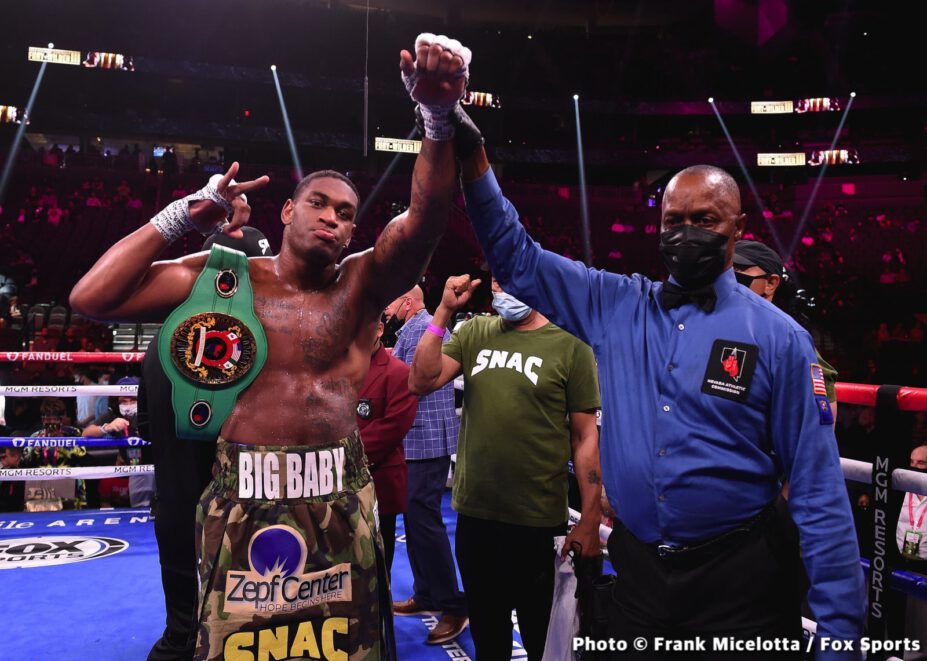 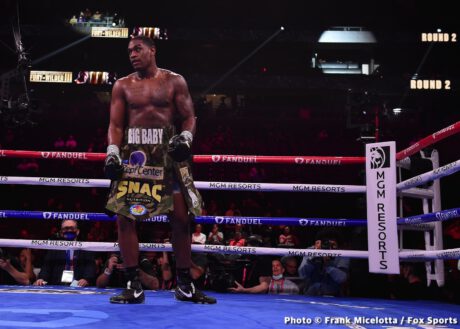 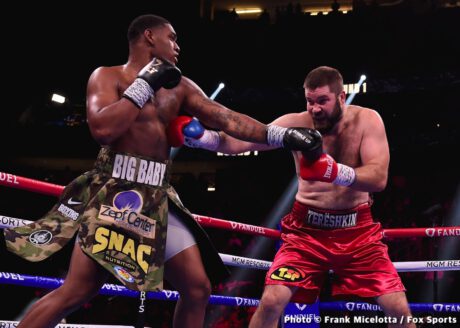 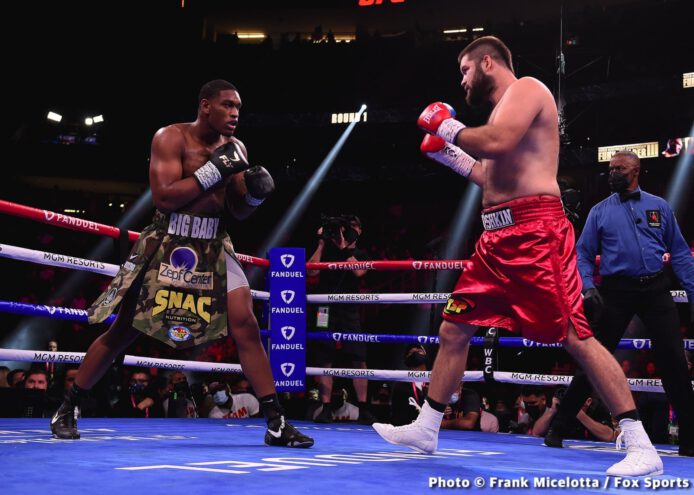 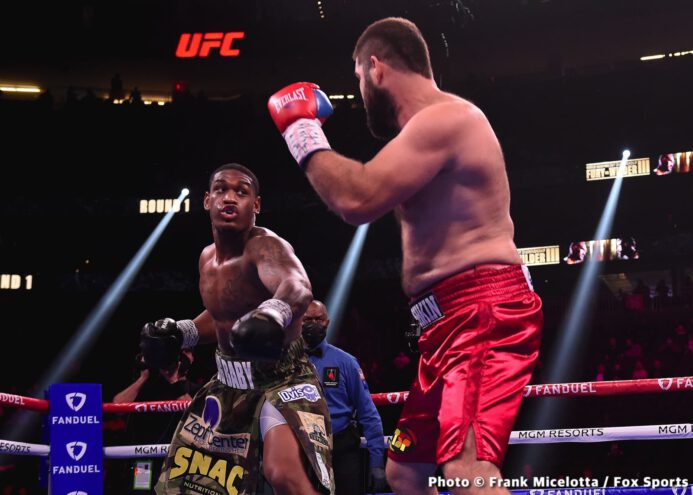