It was a case of repeat tonight in Las Vegas on the Fury-Wilder card, as Robert Helenius gave Adam Kownacki a real hammering. The 37 year old, who uoset an unbeaten Kownacki by stoppage win back in March of 2020, proved again he is all wrong for 32 year old Kownacki. The end came in round six via DQ as Kownacki was thrown out for repeated low blows.

It was a disaster for Kownacki right from the start tomight, as Helenius tagged the Polish slugger with big right hands to the head. Already, Kownacki was having to show real heart and courage. His left eye swellinh badly, Kownacki made it through the round but already it was a hellish fight for him courtesy of the man from Finland.

Kownacki, never short on guts and courage, came back in round two but other than that it was all Helenius. By the third and fourth roinds ut was getting tough to watch, as Helenius was cracking Kownacki with evrtything – long jabs, right hands, uppercuts, body shots. And Kownacki’s left eye was in a real state.

Kownacki belted Helenius low near the end of the third, desperation perhaps getting the better of the younger man. Kownacki tried to get an assault going in the fourth, yet Helenius would not be denied. By the fifth, thoughts of how Kownacki should be pulled out began in earnest.

Kownacki was docked a point for another low blow in the fifth round as things went from bad to worse for the one-time top contender. Helenius got back to dishing out a beating after the foul. The doctor looked at Kownacki after the fifth yet he was allowed out for more.

The end then came, mercifully, in round six, as Kownacki was thrown out after landing yet another low one. In actual fact, Kownacki was likely saved from a KO loss.

It really is hard to see where Kownacki goes from here. As for Helenius, he can look forward to at least one more big fight and payday. At age 37, Helenius looks to have a good deal left to offer. 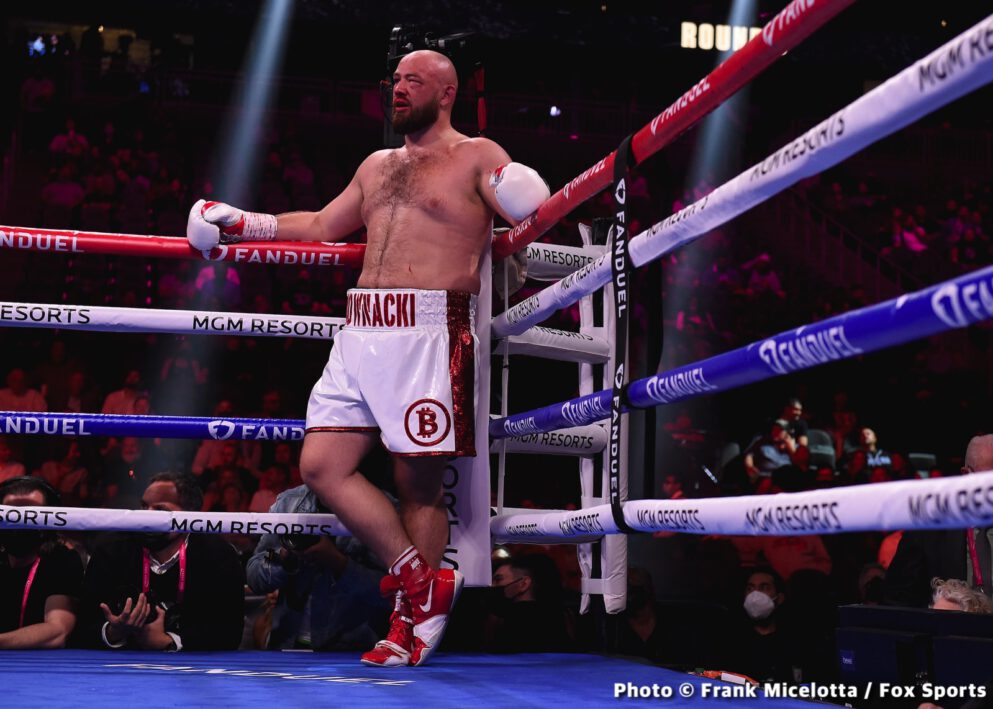 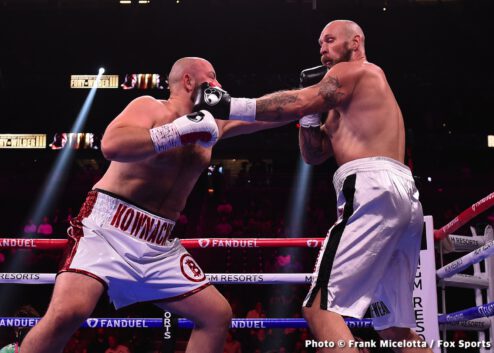 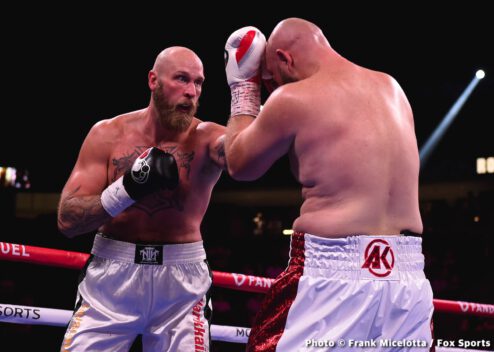 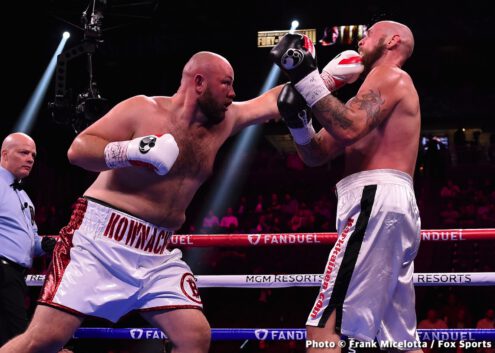 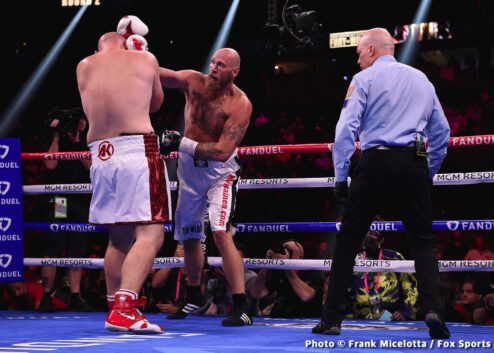 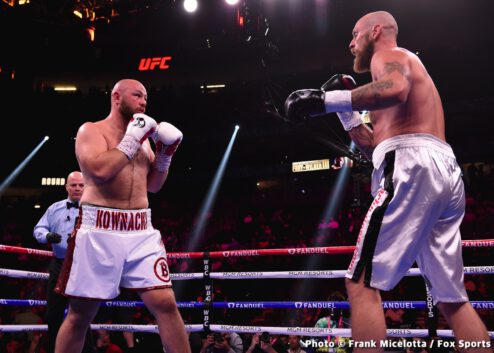 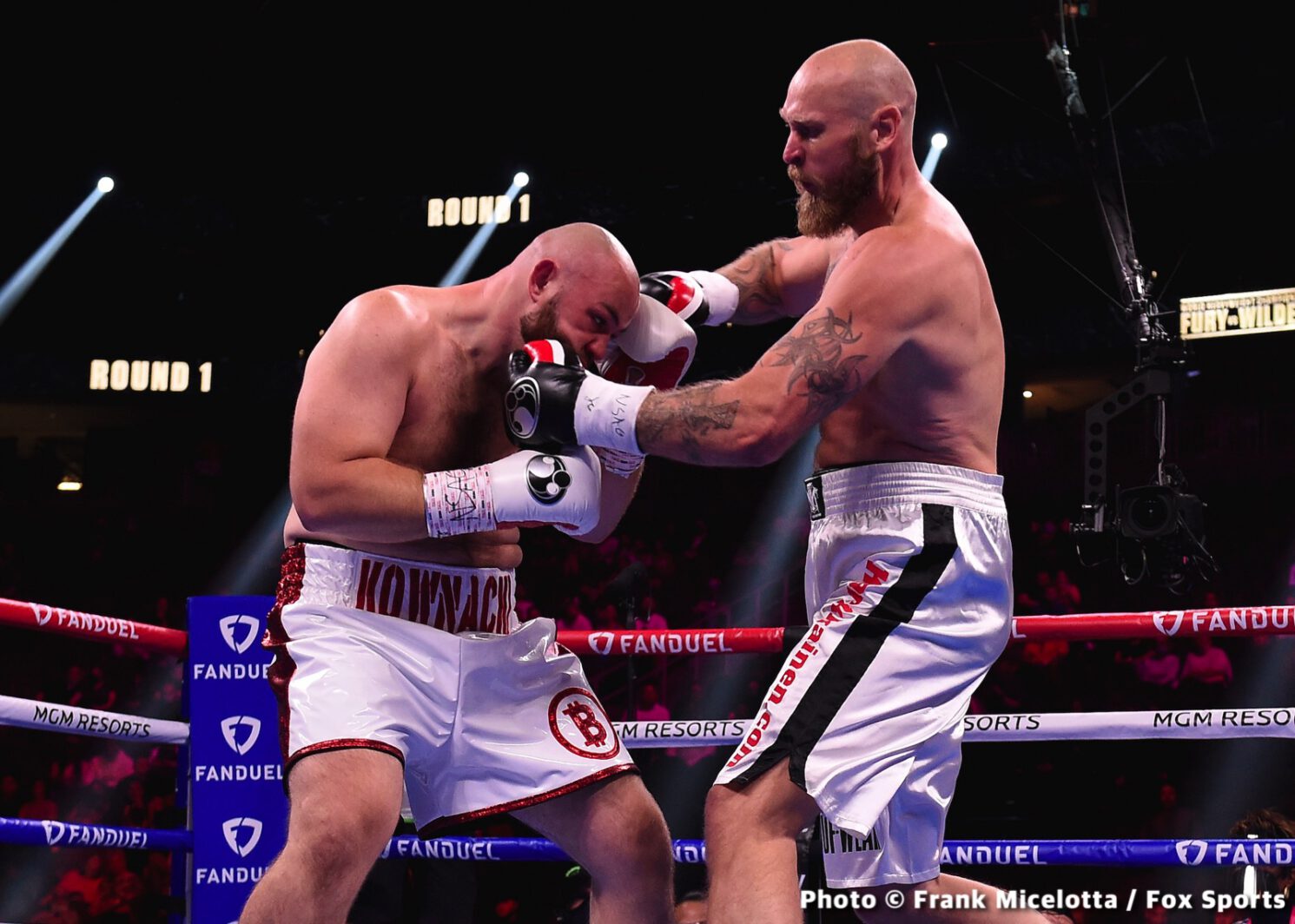