Undefeated WBO middleweight champion Janibek Alimkhanuly (13-0, 8 KOs) had to rely on his power in the championship rounds to defeat the better-conditioned challenger Denzel Bentley (17-2-1, 14 KOs) by a grueling 12 round unanimous decision on Saturday night at the Pearl Concert Theater at Palms Casino Resort in Las Vegas.

Janibek had Bentley hurt in the 12th after tagging him with a hard left hand to the head that buckled his legs. However, instead of going for the finish by flurrying, Janibek let Bentley off the hook by focusing on throwing one shot at a time. 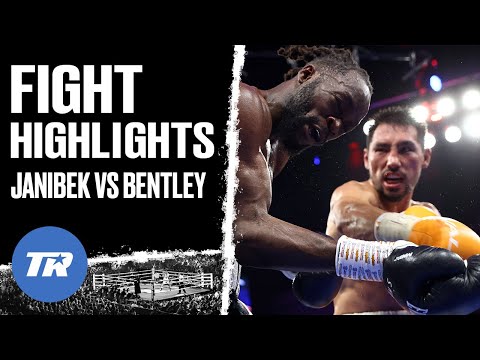 Early on, the southpaw Janibek, 29, looked like he was on his way to an easy victory over the steel-chinned Bentley, but he faded in the middle rounds.

Bentley then came on strong to edge some of the rounds in the second half of the contest before Janibek stepped on the gas in the 10th, putting the fight out of reach.

Of those scores, 116-112 were arguably the more accurate ones. Bentley appeared to win some close rounds, but they were far from conclusive he was still getting hit a lot with clean left hands from Janibek. 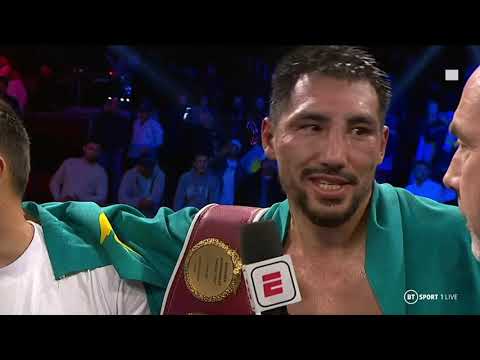 Janibek’s lack of stamina and the inability to throw combinations made the fight so difficult for him. The one-punch-at-a-time offensive style of Janibek is similar to Canelo Alvarez’s approach, and he needed to fight more like Dmitry Bivol with combination punching.

You got to give Benzel a lot of credit for being able to absorb a lot of punishment because he took many massive shots from Janibek that would have knocked most fighters out.

Last year, Benzel was stopped in the third round by Felix Cash. The reason Cash easily beat Denzel is that he threw combinations. Had Janibek unloaded on Bentley the same way Cash did, he would have finished him early because his power was impressive, but he was too predictable with his offense.

After this performance from Janibek, the other top fighters in the 160-lb division will likely be attempting to set up a fight with him. These guys would give Janibek trouble:

At 29, it’s going to be difficult for Janibek to change how he fights to fix the flaws that Bentley exposed tonight. He’s probably never going to be a combination puncher, and his stamina will be an ongoing issue as well.

If former WBO 160-lb champion Demetrius Andrade were to return to the division, he’d give Janibek issues as well. 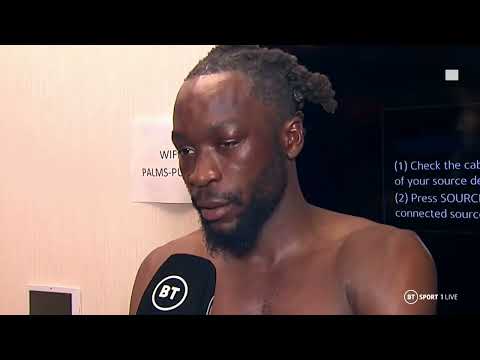