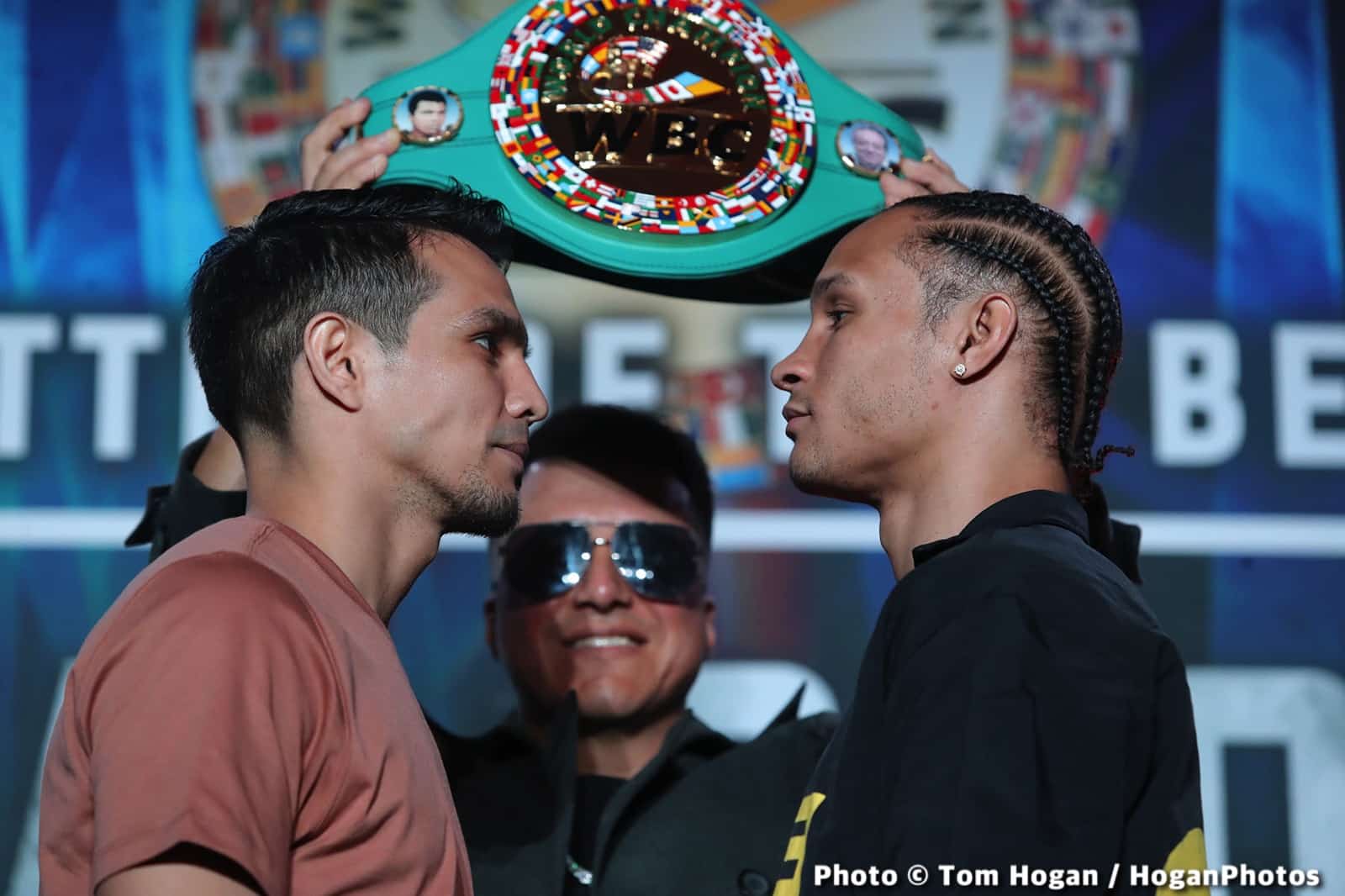 After a slow week in boxing, fans of the sweet science will have plenty to sink their teeth into this Saturday. The matchup that stands out the brightest is a junior welterweight bout between Jose Zepeda and Regis Prograis.

At stake is a vacated WBC strap via Josh Taylor, with the winner promised to face Jose Ramirez in 2023. The card is available on PPV for 60$ obviously not ideal however it’s a quality matchup, and we didn’t have to pay for two expected PPVs in November and December involving Spence/Crawford & Davis/Garcia.

Since losing to Josh Taylor in 2019 by a majority decision Regis Prograis’s career has been stuck in neutral. Regis has fought three times in 3 years, but at least this will be his second outing of 2022. Jose Zepeda, on the other hand, was fairly active during Covid but hasn’t fought in 2022, so will have to take note of how many rounds it takes for Jose to get the rust off.

Prograis is a top-level talent who loves to attack the body at times, even countering downstairs as his opponent retreats after attempting to land punches. Regis has a very good jab but doesn’t use it all that consistently. Regis’s ability to counterpunch will be one of the main keys when these two mix it up, possibly trading left hooks.

Prograis has a habit of throwing one shot at a time, whether lead or counter, with left hands but lands with both hands to the body. His two weaknesses are defense at times, with his hands very low, and lack of consistent work rate. As previously mentioned, he can work the body, but overall, with head or body shots, Regis will need to increase output a bit, throwing two and three-punch combinations.

Jose Zepeda is a little lighter on his feet than Regis, and while circling/pivoting, lands his jab and mostly left hands. One of the main keys for Jose will be scoring points and being busier on the move. He’s very comfortable going from defense to offense; that said, Jose is susceptible to left hooks and has been dropped by body punches. If Regis can outbox or outmaneuver Jose, Zepeda may decide to turn this thing into a war. If that’s the case, look for Regis to quickly clinch after landing a lead or countershot.

Per usual, the boxer on the outside at the beginning tends to gain a slight lead if the combatants are equally matched or close to equal. By the way, if you really believe in Zepeda to win this fight, he is more than worth taking out a flyer on sitting as a +320 all the way up to +350. Regis has a variety of skills, thus, more paths to victory. Although Jose looked great for large parts of the Jose Ramirez and Ivan Baranchyk, along with other bouts, the closest comp is Jose Pedraza. Pedraza is way more active and employs a lot more movement than Regis, not to mention the power disparity of the two in favor of the New Orleans native.

In the first half, we should get two-action so much so it could be 2-2 or maybe even 3-3 after 6 rounds. Regis will chop down Jose to the body taking its toll in the second half of the fight. The body work and counterpunching with more pop on his shots is enough of an advantage for Regis Prograis to win a competitive but decisive victory.

My Official Prediction is Regis Prograis by Unanimous Decision.

Side Note: During the afternoon here in the states, keep your eyes peeled for Zach Parker vs. John Ryder streaming on ESPN+ & Dillian Whyte vs. Jermaine Franklin streaming on DAZN, along with a few undercard bouts, especially Valle vs. Bermudez on the DAZN undercard on this side of the pond in the evening.

Written by Chris Carlson, Host/Producer of The Rope A Dope Radio Podcast Available at www.blogtalkradio.com/ropeadoperadio Follow on Twitter @RopeADopeRadio