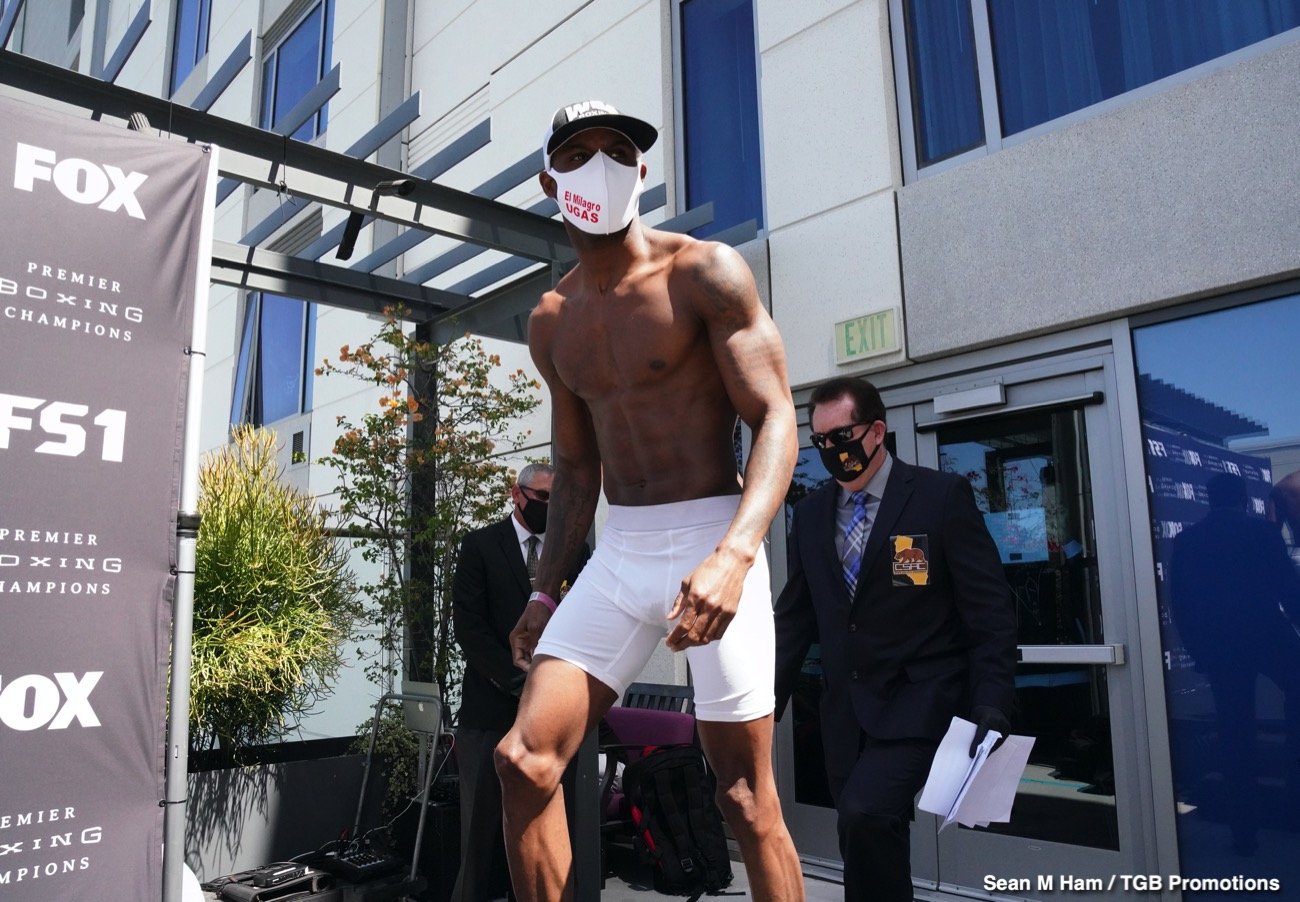 Top contender Yordenis Ugás shared insights into his training camp and more as he prepares to take on hard-hitting Abel Ramos for the vacant WBA Welterweight Championship this Sunday, September 6 in the FOX PBC Fight Night main event and on FOX Deportes from Microsoft Theater in Los Angeles.

Ugás returns to action after scoring a stoppage victory over Mike Dallas in February on FS1. Prior to that fight, Ugás had battled then WBC Welterweight Champion Shawn Porter in a March 2019 title fight on FOX that saw the Cuban fighter lose a narrow decision.

To earn the title shot, the Olympic bronze medalist Ugás returned from a nearly two-year layoff in 2016 and beat then unbeaten fighters Jamal James and Bryant Perrella. Ugás turned that into an eight-fight winning streak, including triumphs over Thomas Dulorme, Ray Robinson, and Cesar Miguel Barrionuevo.

Here is what Ugás had to say from training camp in Las Vegas with his coach, Ismael Salas:

“Training in Las Vegas at the Salas Boxing Academy with coach Ismael is a great time because he provides a championship atmosphere. The gym is filled with excellent fighters and the sparring I’ve gotten has been incredible. More importantly, Salas is a great teacher who knows exactly what is needed to improve my game. We got a lot done in this camp and you will see a more polished version of myself on fight night.”

On his matchup with Abel Ramos:

“Ramos is a very tough fighter who has a tremendous amount of heart, as shown in his last fight when he knocked out Perrella in the final seconds of that fight. This will be one of those fights that the fans will be talking about for many years because we are not going to be backing up. I’m expecting an all-out war.”

On his quest to become the first Cuban Welterweight World Champion in 45 years:

Becoming a world champion is a goal I set for myself when I first started boxing, and I’m not going to let it slip by this time around. My goal is to not leave the decision in the hands of the judges, so I’ll be going for the knockout.”

On the state of the welterweight division:

“Everyone knows the welterweight division is always loaded with the best fighters in boxing, and I consider myself as one of those guys. I feel I beat Shawn Porter, so I know I belong with the elite boxers at 147 pounds. I must get past Ramos first, then I’m coming for everyone.”