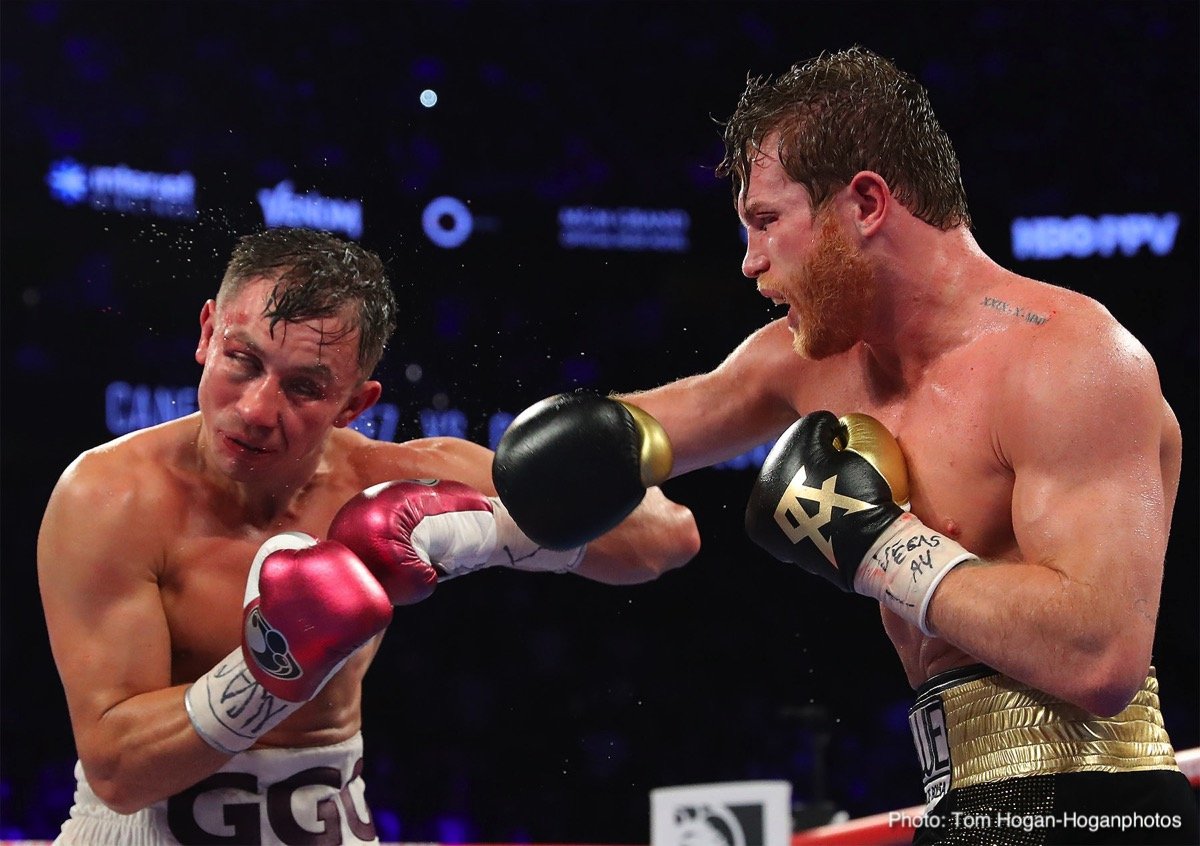 Does one great fight, one superb effort, one magnificent win wipe away the stigma of two failed drugs tests? This is a question worth asking right now with regards to new middleweight champion Canelo Alvarez. In the run-up to this past Saturday’s huge return fight with Gennady Golovkin, Canelo had twice tested positive for PEDS. Now, with the Mexican star fighting “Mexican Style” against Triple-G and beating him (on a very close decision, plenty of people disagreeing with it) many are saying Canelo has been “vindicated,” that he has indeed restored his good name. But has he? Has he done so in the eyes of all fight fans?

Abel Sanchez, trainer of Golovkin, is among those who say, yes, Canelo has been vindicated due to the “good, clean fight” he put on on September 15 and ended up winning. Canelo of course insisted all along, and still insists, how he was never a cheat in the first place; that he merely ate contaminated meat, beef, in Mexico and that’s how he picked up the traces of clenbuterol that were later found in his system. Are we willing to buy this story now, in light of one great fight/performance?

It’s true Canelo fought like a “real Mexican” on Saturday night in Las Vegas, and he showed his toughness and his sheer fighting spirit as a result. And, most importantly, Canelo was tested around a dozen times ahead of the rematch and he was clean each time. Still, there are those who say, ‘once a cheat, always a cheat.’ It will likely take time, but one suspects Canelo’s good name will return in full. Just as we no longer speak about the failed drugs test the great Roy Jones Junior had years ago, the mists of time will swallow up most if not all memory of Canelo’s failed tests. And the incomparable Roberto Duran, who never cheated by taking PEDS but did something far worse in the opinion of many – he quit and said No Mas in a massive super-fight – was vindicated after one brilliant return to form fight (against Davey Moore).

Canelo is back right now, back on top and back in favour with the majority of fight fans. Let’s hope it stays that way, and Canelo avoids taco stands ahead of all his future fights.