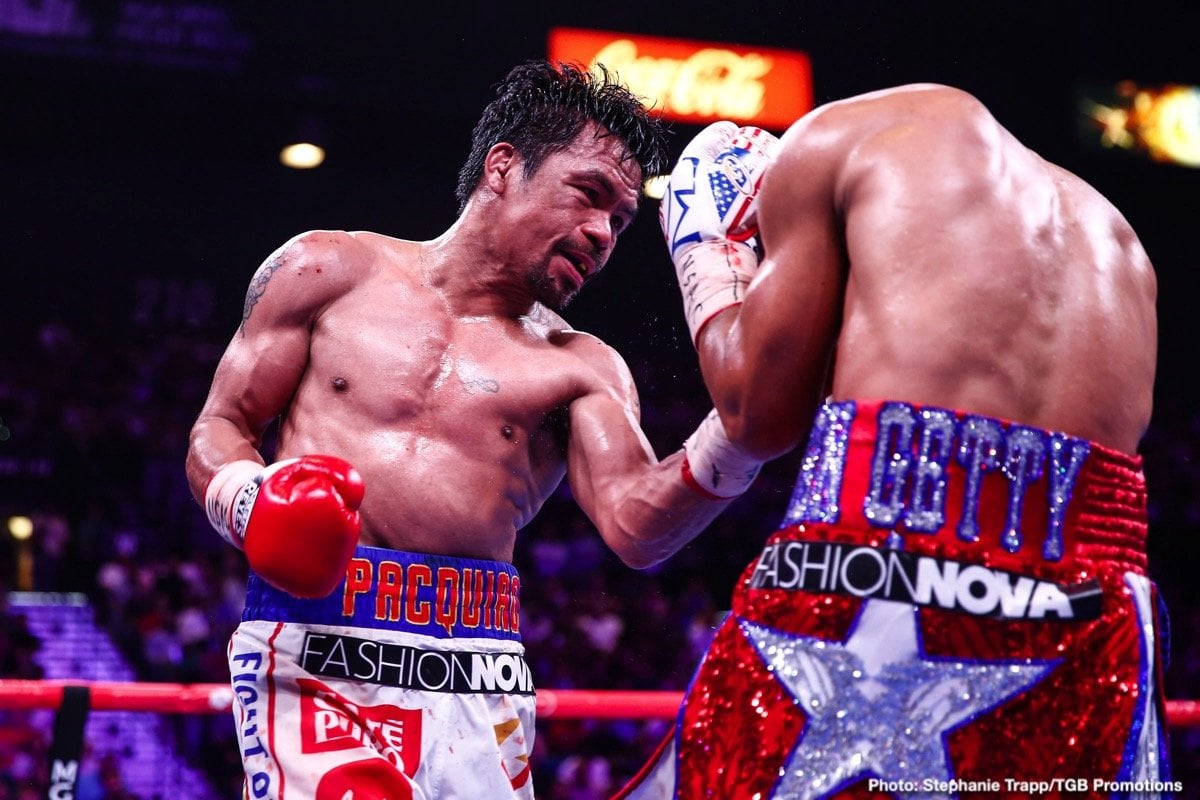 Manny Pacquiao is looking to become a NINE division world champion by fighting IBF middleweight champion Gennadiy Golovkin. Pacquiao’s trainer Freddie Roach wants him to fight Mikey Garcia, but he fears he’ll dare to be great and go after Golovkin.

Twelve years ago, Pacquiao defeated boxing great Oscar De La Hoya at the end of his career to send him into retirement. Is it Manny’s turn to do the same thing to GGG?

Pacquiao isn’t looking for an easy way to end his career. He’s aspiring for greatness, and he would be showing tremendous courage to take on Golovkin. If Roach has his way, Pacquiao won’t fight GGG and will take the soft fight against Mikey. 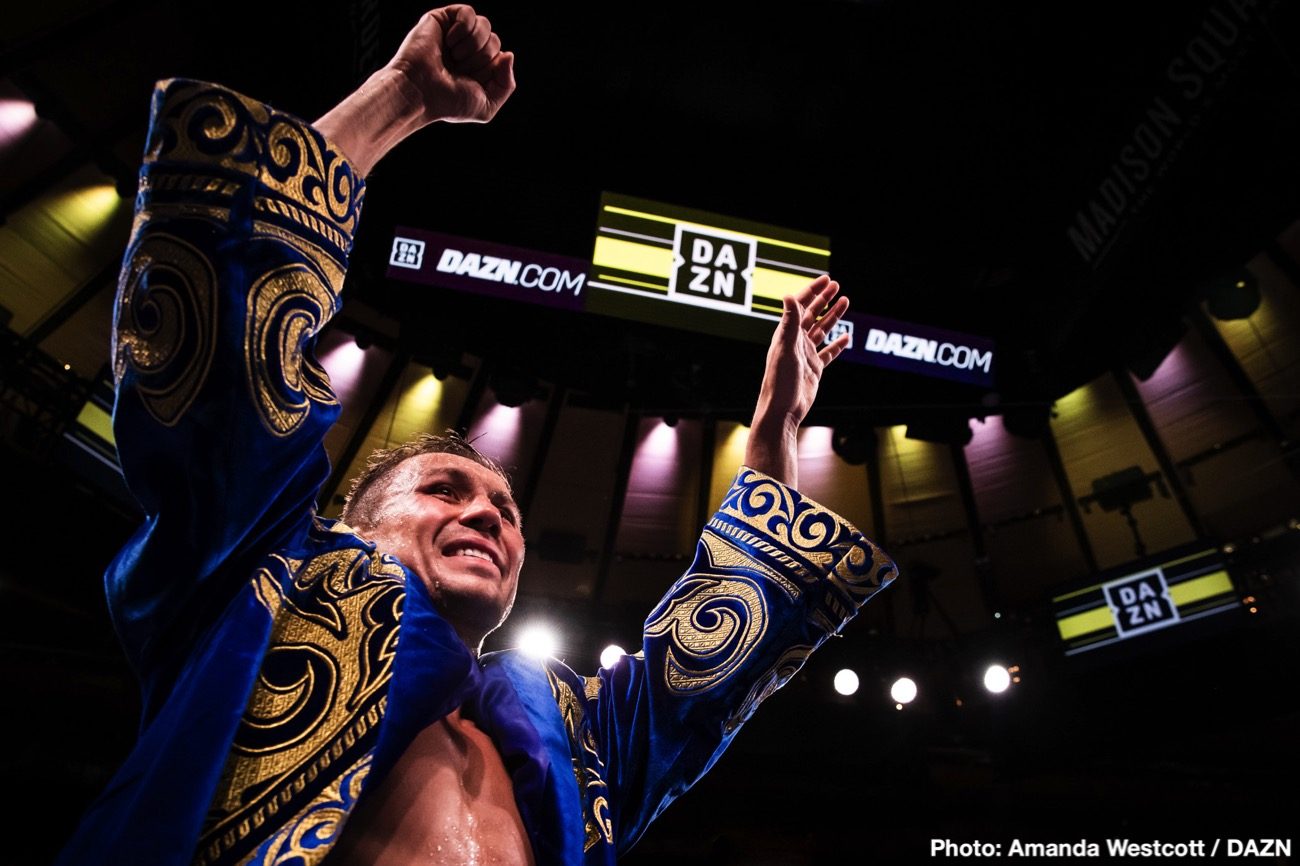 Pacquiao would be going up to 160 to fight Golovkin without a catchweight. The weight difference on the night of the fight could be as much as 15 pounds. If Pacquiao rehydrates to 155, he would be facing a rehydrated Golovkin, who would likely weight 170 pounds.

Mikey Garcia would be a showcase fight for Pacquiao, and it’s easy to see why Roach wants him to take that fight. It’s an absolute win for Pacquiao against Mikey, who looked very average in his last fight against Jessie Vargas last February. Vargas, who is four years past his best, won the first four rounds against Mikey.

“Manny wants to beat the best out there. I like that fight [Mikey Garcia]. But the thing is, Manny might wanna go a little bit higher and fight GGG or one of those guys who’s supposed to be the best. I would not advise him to go to 160lbs, no,” said Roach to DAZN.

Some fans might think Pacquiao is crazy in taking on Golovkin, but it’s a smart move. Golovkin arguably lost his last fight against Sergiy Derevyanchenko. He looked old, slow, and not the fighter he once was.

This would be a replay of what Pacquiao did to Oscar De La Hoya in 2008. De La Hoya is the same height as Golovkin at 5’10,” and he was supposed to be too big for Pacquiao, but it turned out to be a nightmare for the Golden Boy. Pacquiao used his size and angles to work over the bigger, stronger De La Hoya until he quit in the eighth.

Welterweight Kell Brook fought Golovkin at middleweight in 2016 and gave him a lot of trouble before losing. Brook suffered a freak eye injury in the second round, and he wasn’t able to fight at his best. That injury didn’t happen because Brook was fighting a bigger guy. It was just a punch that caught Brook in the perfect spot to cause damage.