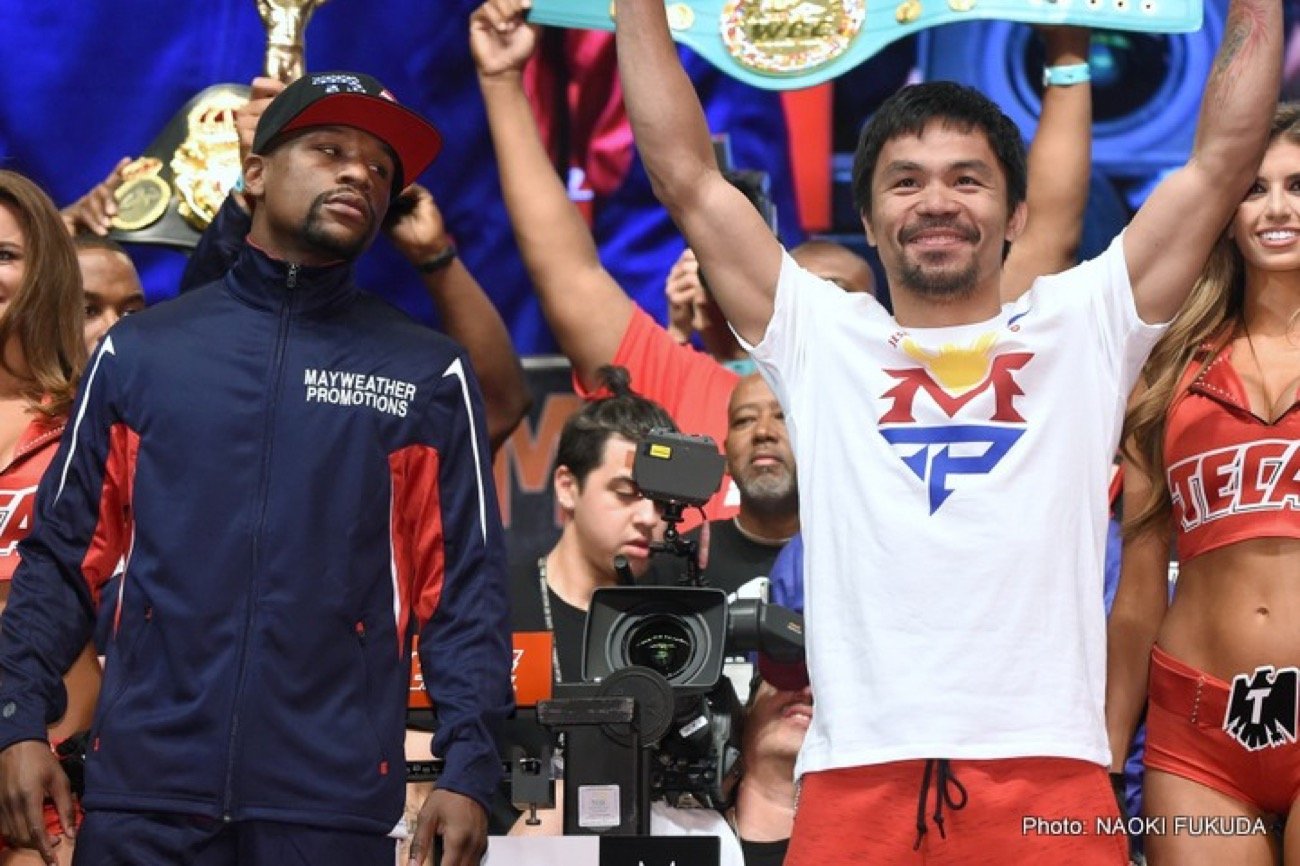 As fans know, it’s been just over a year since superstar and all-time great Manny Pacquiao stepped into the ring. It was in July of 2019 when the amazing Pac Man defeated the much younger Keith Thurman to chalk up yet another big win in a career that is crammed full of them. Since then, we’ve heard talk of a possible Pacquiao-Terence Crawford fight, a possible Pacquiao-Mikey Garcia fight – and now, MMA star Conor McGregor has released a cryptic tweet in which he appears to again call out Manny.

The translation reads as follows: “I accept.”

It’s not 100 percent clear what McGregor is saying but as the tweet he put out is written in the main language Pacquiao speaks, most people certainly feel McGregor is speaking to Manny; reaching out to him. But is there any real interest in a Pacquiao-McGregor fight, in another crossover fight between a big name boxer and a big name fighter from MMA?

Sean Gibbons, president of MP Promotions, spoke to Ringtv.com to give his thoughts.

“I’m not positive what his most recent cryptic tweet was, but reading it through, it seems like he still has a lot of interest in getting in the ring with the senator,” Gibbons said. “Conor’s retired at the moment from MMA (again!), and he’s probably just sitting around during this pandemic time, looking for things to do and bored, and he decided to restart the conversation, it looks like.”

But will Pacquiao, who turns 42 in December, even fight again here in 2020, against anyone?

“We’d love to get back in the ring in 2020, I’m just not sure it’s gonna be possible with the pandemic and not being able to have audiences in crowds,” Gibbons told The Bible of Boxing. “It’s really kind of a fluid situation as you have to see what happens in the next month or two.”

And what about that Pacquiao-Crawford match-up that Bob Arum has spoken about?

So again, will Pacquiao fight here in 2020? We are now into August, and with nothing currently set in motion it seems pretty doubtful. Unless Manny has some interest in showing us what we all know already, that he can take out McGregor faster than Floyd Mayweather managed when he faced the Irishman in a boxing ring.