I don’t know about you, but I think perhaps, in light of Deontay Wilder’s actions over the weekend – actions that can only be referred to as bizarre, unhinged, and quite disturbing – the very legit question of whether or not Wilder will ever fight again can now be asked. Wilder, as we know, came out with that much-viewed video, in which the former WBC heavyweight champ accused Tyson Fury of “loading his glove with an egg weight,” and of trying to “weasel out” of their contracted third fight.

Wilder also put the boot in on former co-trainer Mark Breland, and Wilder had a go at referee Kenny Bayless (the man who actually docked Fury a point in the February rematch between the two rival heavyweights). Then, on Sunday, an interview came out where Wilder, speaking with 78SportsTV, claimed Breland had actually “spiked” his water. Wilder incredibly stated how his water was “tampered with,” and that he was given “a muscle relaxer or something like that.” 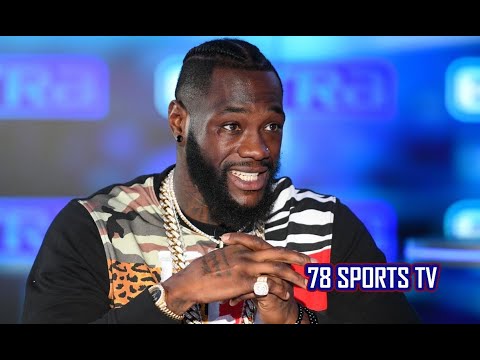 What Wilder has said is not worth going into in any depth. The former champion has made so many excuses (heavy costume, loaded gloves, premature stoppage, drugged water, biased referee – have I missed any?), he has made himself a laughing stock. Which brings us back to the question of whether Wilder will ever fight again? As has been asked on one of the numerous YouTube videos that have been posted as a response to Wilder’s wild allegations, how can Wilder come back from this? Where is his credibility now?

Maybe, just maybe, Wilder has made enough money, he has decided to quit, and he will forever scream and shout to anyone who will listen to him that he never lost a fair fight in his pro career, that he was only cheated out of his title. This strange line of thinking just might be what Wilder needs so he is able to live with himself. Maybe Wilder, suffering from some kind of mental illness (hopefully this is not the case), really does believe the crazy things he has said, and will carry on saying.

Imagine if Wilder did try to fight Fury a third time; just imagine the anger and sheer distaste Fury would feel for him and how Fury would refuse to hold anything back. Heck, would Fury even be able to sue Wilder for unsubstantiated claims of him having cheated? Could Breland bring in the lawyers himself?

Unless Wilder comes to his senses and then apologises to Fury, to Breland and to Bayless, his credibility as a fighter has gone forever. Not only that, but how can any former fan and admirer look at Wilder as a decent and honest human being ever again?

Maybe we should take a poll. In fact, make that two polls: 1: Will Wilder ever fight again. 2: Do you want him to do so?