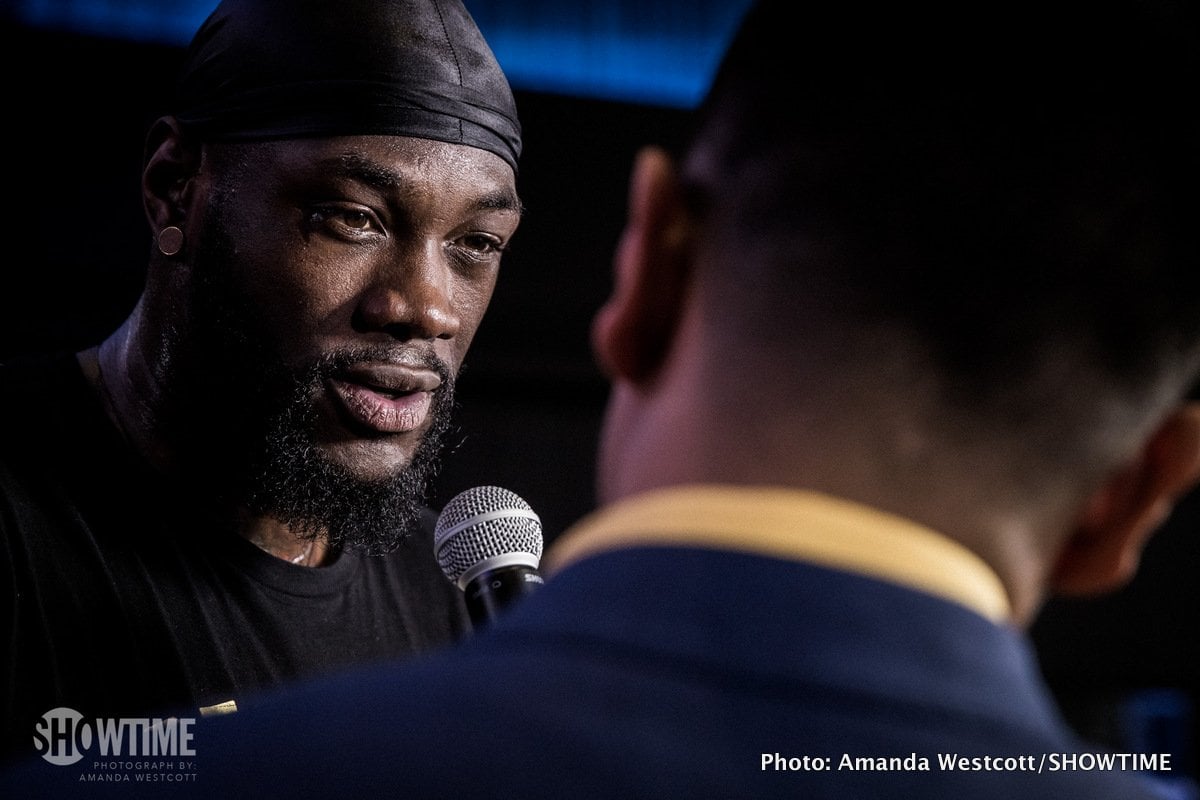 By his own admission, Deontay Wilder becomes another person, another entity even, when he steps into the ring to do battle. Deontay, the decent guy, the nice guy, vanishes, and “The Bronze Bomber,” a mask-wearing warrior who is quite literally out for blood, shows up.

Fans everywhere want to see what will happen when this terrifying monster locks horns with Britain’s all-round good guy, and rival heavyweight champion, Anthony Joshua. But it looks as though we will have to wait to see this collision, for now at least. Next up for Wilder, 40-0(39) could well be former AJ stoppage victim Dominic Breazale. “Trouble,” as the towering Breazeale is known as, has bounced back in some style since the TKO loss to AJ – winning two good fights against good opponents – and he has his own extra motivation to want to get in there and inflict damage on Wilder: revenge.

Back in February of last year, when the two big punchers fought on the same bill (both winning via stoppage) there was a post-fight altercation in the hotel lobby in Birmingham, Alabama. Wilder, in what Breazeale says, all these months later, was an unprovoked attack, came right at him, clearly ready for a fight. Breazeale was with his wife and kids at the time, and in no frame of mind to rumble.

“I watched the Gerald Washington-Deontay Wilder fight (of February 2017 – a fifth-round KO win for Wilder) and Gerald Washington is a good friend of mine, and we spar all the time and do work, so of course I’m cheering for him. He gets hurt during the fight. Evidently Wilder and his people — his associates or whatever — weren’t very happy with the fact that I was rooting against him, from what I understand,” Breazeale explained.

“I went back to the hotel room, nothing big, showered up, told the wife and kids ‘hey, let’s go down to dinner,’ grabbed my trainer, cutman, everyone who was with us as a team. We all end up meeting down in the lobby…I see Deontay Wilder and he’s charging towards me, he’s coming straight towards me.

“I’m like ‘hold on a second,’ cause my mindset [is] I’m gonna congratulate him on his victory that night. He comes over, charges right towards me, and he’s got about 20-30 guys right behind him. At that point I already assumed he’s coming for war, he’s coming to fight. He gets in my face and he’s yelling all kinds of crazy stuff — can’t really make out exactly what’s going on because I understood it was me against 30 guys, like it was about to go down. Somebody ends up shoving me, I fall into like the front desk lobby area and at that point it just felt like everybody was after me. I had people pulling me away, people pushing me back in…

“But a situation like that is never ever called for. Never do you approach a man in front of his wife, definitely not in front of his kids. And you the heavyweight champ of the world. Why do you need 20, 30 people with you? Even if you do have a problem, we’re men, we’re professional boxers, man-to-man let’s do what we gotta do. Whether it be in the street or outside the ring, it doesn’t take 1 against 30. When I see a guy like Wilder fight, especially in this last fight against Ortiz, [if you’re] fundamentally sound he falls apart…he always gets the crazy circus act that’s going on [windmill motion]. And because of it I definitely feel like I’m the better man. I’m definitely the bigger, stronger, faster guy. At this point all I need is my shot.”

And it seems there is a good chance Breazeale will get his shot at the WBC champ, and soon. The backstory, the genuine bad blood, will help sell the fight. No, it’s not the big one we all want, but the grudge element surrounding this one just might take fans’ minds off the whole, ridiculous, Wilder-Joshua situation. For a while at least.

And what happens if Breazeale scores the upset and defeats Wilder!