Unbeaten Dillian Whyte (16-0, 13 KOs) will be fighting Commonwealth heavyweight champion Anthony Joshua (14-0, 14 KOs) this Saturday night I a grudge match for the vacant British heavyweight title at the O2 Arena in London, UK. The two fighters do not like each other at all period. Whyte says that the two of them at one time got along with each other fine, but that all changed shortly after he dealt the 6’6” Joshua a defeat six years ago in a three round amateur fight.

Whyte dropped Joshua in that contest and gave him a pretty bad beating along the way. This was before Joshua won a gold medal in the 2012 Olympics in London, England.

The gold medal has many boxing fans believing that Joshua is a much improved fighter since his loss to Whyte six years ago. Whyte doesn’t believe that to be the case, and he plans on proving it on Saturday.

“He [Joshua] said he was angry ever since I beat him,” Whyte said to skysports.com. “He had a lot of anger and stuff in his heart, which is understandable. If someone beat me, I’d be the same. When I fought him, he was flying high. But then I came in and just walked over him. I just owned him for three rounds,” Whyte said.

The loser of the Joshua-Whyte fight will have a good reason to be angry on Saturday if they can’t come to terms with the defeat. But it won’t be the end of the road for the loser of the fight, because both of them are good enough to where they can still find success by going in another direction. 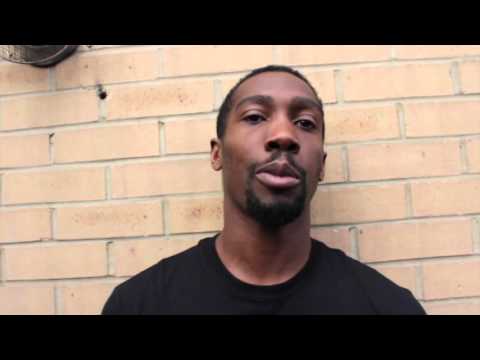 Whyte is trained by former heavyweight world champion Wladimir Klitschko’s trainer Johnathon Banks, and he’s worked at developing Whyte’s jab and making him less wild with his shots. However, Whyte is going to probably need to brawl with Joshua like he did before if he wants to get the win, because Joshua hasn’t shown much finesse in any of his fights since he turned pro.

As soon as the bell rings, Joshua looks to corner his opponents and unload flurries each time. It’s pretty predictable. If the action on the outside, Joshua will land a big shot and then rush in to try and finish his opponent off. Whyte will likely need to slug with Joshua like he did last time and hurt him by getting within his reach.

Joshua’s has long arms, and he doesn’t have the same kind of punching power when his opponents crowd him the way that Whyte did in their fight in 2009. If Whyte is able to crowd Joshua and throw combinations, he could hurt Joshua like he did before.