The city of Philadelphia is known as “The City Of Brotherly Love,” yet an apt nickname for the home to approx 1.584 million people could easily be “Fight City.” Some of the most beloved, respected, celebrated and admired fighters in boxing history have come out of Philly. Being tough, being full of heart, possessing enormous courage is simply demanded if you are to represent Philadelphia boxing.

Over the years, some of the greats to have made Philadelphia prouder than proud include – Joe Frazier, Bernard Hopkins, Meldrick Taylor, Philadelphia Jack O’Brien, and Matthew Saad Muhammad. Other fighters molded from Philadelphia iron include warriors such as “Bad” Bennie Briscoe, Tommy Loughran, Joey Giardello, and Eugene “Cyclone” Hart.

For decades, Philadelphia turned out great fighting machines in conveyor belt fashion. No other city in America, maybe in the entire world, is quite like Philly when it comes to boxing. So why are Philadelphia fighters so darn tough? Why are these fighting men pride, passion, and refusal to quit personified? A lot of it has to do with the great boxing gyms that Philadelphia could/can boast – from Joe Frazier’s legendary gym to The James Schuler Gym, to Joe Hand’s Boxing Club, these no-nonsense houses of pain (many’s the tale of how Philly gym wars made for greater action than plenty of actual fights) saw to it that those who were not up to it were found out pretty quickly.

Also, the superb, old-school tradition that so many of the great fight venues Philly had/has is undoubtedly a factor – The Blue Horizon, The Spectrum, Convention Hall, the Philadelphia Arena. These places made a fighter on the bill have nothing but the powerful urge to put on a great fight, a performance befitting the building they were earning a payday in.

But Philly fighters are so fierce, so full of pride and passion mainly because of their upbringing. Joe Frazier, for example, was dirt poor and in no way, at any time, in any fight, would “Smoke” look to merely get by in a fight. No, Frazier gave his all, each and every time, as did all the Philly greats. Meldrick Taylor’s career suffered as a result of him giving it everything he had in an effort at living up to the teak-tough, the heart of a lion ring approach that was expected of a Philadelphia fighter. Taylor could have been a polished boxer. Instead, he opted to go to war in fights.

Bernard Hopkins, obviously fierce, is an exception to the rule, in as much as Hopkins avoided taking punishment and boxed to his own smart tune. Still, Hopkins came up in those brutal gyms. Many people say B-Hop is the finest of all Philadelphia fighters. Maybe. It’s one helluva tough job compiling a Top-10 Greatest Philadelphia fighters list, that’s for sure.

And it is tough answering the question: why are so, so many Philly fighters so darn tough, and how come they have been this way for so darn long?

I asked Ivan Robinson – who went to war with Arturo Gatti in two modern-day classics that match up to the great wars any Philly fighter was involved in – this exact question. Here’s what Robinson said in reply:

“Nobody has asked me that. I don’t think anyone can answer that. Could you dissect the attributes of all the great names you mentioned (Frazier, Taylor, Briscoe, Tim Witherspoon), and explain what they had? They all had their own specialty, be it Tim Witherspoon’s overhand right or Joe Frazier’s left hook – and I guess “Smoke” is the best of all Philly fighters, and don’t forget “Joltin'” Jeff Chandler. Who knows why we’re so tough! We just do our thing.” 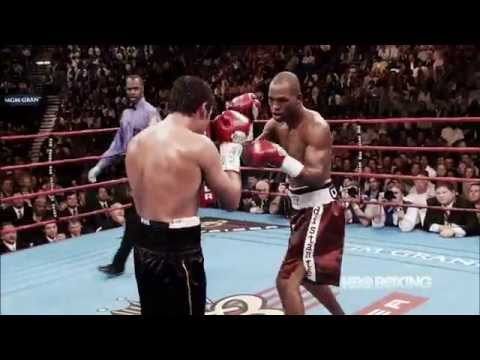