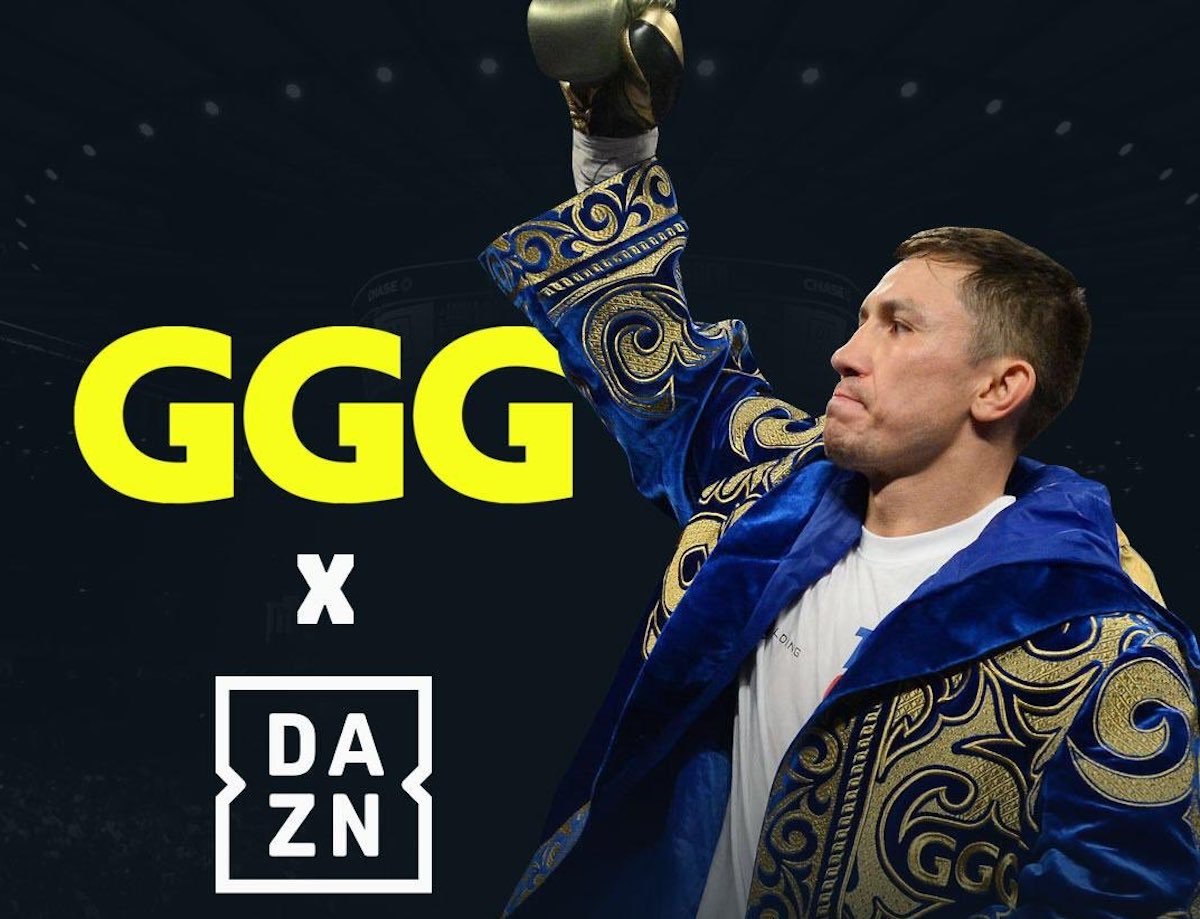 As all fight fans surely know by now, former world middleweight king and pound-for-pounder Gennady Golovkin has signed a big, six-fight deal with DAZN – and an official presser in Los Angeles is set for this coming Monday. We will hopefully find out more regarding the deal then – most importantly for now, who the man in the opposite corner of the ring will be, and where the fight will be held, when GGG makes his DAZN debut in June.

Some people have expressed the opinion that the opponent will not be anyone too dangerous, not an elite-level guy, simply because the big one – as in the really big one – GGG/Canelo III, will be on for later this year, with DAZN to really pull in big numbers for that fight. But while this makes sense, we must not forget that Canelo IS facing a dangerous foe in his next fight, in the certainly elite Danny Jacobs. What if Canelo loses on May 4? Would such a result push a Canelo-GGG III to 2020?

In the meantime, it will prove interesting to see just who Triple-G will fight in June. Canelo was, in his first fight under the monster deal he signed with DAZN (the folks at DAZN have some really deep pockets indeed) allowed a veritable “gimme,” with his 168 pound fight with belt-holder Rocky Fielding, so maybe we shouldn’t expect to see Golovkin, who will turn 37 years old in April, in with anyone too tough. Certainly it seems very unlikely GGG will fight WBO middleweight champ Demetrius Andrade in June. Later on, sure – Andrade is a DAZN fighter himself of course – but in his DAZN debut? No way.

So who could it be in June?

David Lemieux maybe? A return would be acceptable for GGG’s DAZN debut. But can Lemieux still make 160, and safely?

Jaime Munguia perhaps? This one would be quite big, and very likely exciting. The young Mexican star in the making was close to fighting GGG before and maybe this June will be the time for the WBO 154 pound champ to move up and take the fight? But is Munguia ready for Triple-G?

A totally unexpected foe maybe? Perhaps the folks at DAZN have a curve ball in hand, ready to throw. Come to think if it, it is quite tough to say with any degree of certainty who Golovkin will fight next. But at least we know he is set for the really big fights soon enough. Roll on GGG/Canelo III (of GGG/Jacobs II).