As expected, Teofimo Lopez got the job done last night against a game but limited Pedro Campa, this in Teo’s 140 pound debut. Lopez, who said making 135 for so long had been “killing my body,” looked good in wearing down Campa, 34-2-1(23) for the 7th round stoppage win, and now some big fights await Lopez at the new weight.

Lopez, who has just turned 25 and is 17-1(13), said in some post-fight interviews that he is “coming for all the belts” at 140. Lopez has no shortage of names to target, and he listed them last night. Lopez also expressed his desire to fight in the UK. 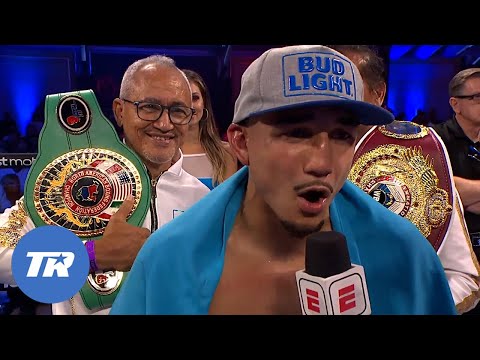 “I don’t care who it is (I fight next), It could be Ryan Garcia, [Josh] Taylor, [Jack] Catterall, I don’t care, I want to be at the O2 Arena,” Lopez said. “I know I have so much love over there and I just need to be over there and embrace that environment and enjoy the energy because you guys are diehard boxing fans.”

It has been said that UK fight fans are among the most passionate in the world, and that sure is a nice compliment. It would of course be great to see Lopez box in the UK, against a Taylor, a Catterall, or someone else. Can Lopez rule the world at 140 pounds? Right now, Taylor holds two of the four major belts at the weight (IBF and WBO) yet his future is somewhat unclear as he may move up to welterweight; while the Scot has recently been ordered to defend his IBF title against Jeremias Ponce. Regis Prograis and Jose Zepeda are set to fight for the vacant WBC belt, while the WBA belt is also vacant.

Lopez did mention the Prograis-Zepeda winner as another of his targets. One thing is clear, the addition of Lopez to the 140 pound ranks adds drama and interest to the weight class, along with some potentially thrilling fights. Maybe Lopez needs another tune-up type fight before he goes hunting for a world title at 140, but Lopez has no doubt he will soon be “taking over” another weight division.

Meanwhile, according to BoxRec, Lopez will fight again in New York, at Madison Square Garden, on December 10th. 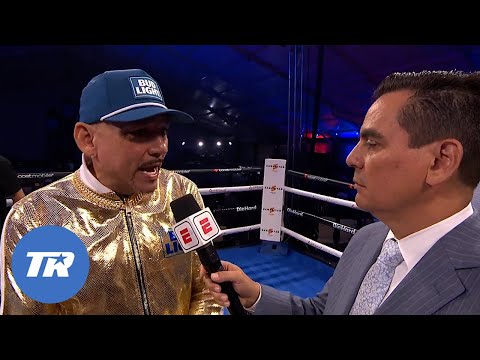