With Tyson Fury’s latest retirement, the Ring Magazine that was formerly held by “The Gypsy King” will be on the line in Saudi Arabia on Saturday night when Oleksandr Usyk and Anthony Joshua box their fascinating return fight. Now an even bigger fight, Usyk-Joshua II will see the winner crowned as THE best big man on the planet. With Fury’s departure, Saturday’s winner will have to be looked at as THE man.

But of course, plenty of people do not believe Fury is really retired. Plenty of people – Egis Klimas, manager of Usyk, for one such person – feel Fury will make yet another comeback, this against Saturday’s winner. In this regard, Klimas and all the rest of us are waiting to see whether or not Fury officially vacates the WBC heavyweight belt he still holds. Fury showed he means business by giving up his cherished Ring Magazine belt, yet he has until August 26th to do the same with regards to the WBC belt he ripped from Deontay Wilder (who is, we hear, soon to return himself – and maybe some fans will look at Wilder as the best heavyweight out there, and not the Usyk-Joshua winner).

So will Fury officially vacate the WBC title too? If he does so, the retirement will have to be looked at as legit. If Fury hangs onto the belt, fans will remain sceptical. Klimas, who spoke with IFL TV, said he fully expects Fury to come back and fight the Usyk-Joshua winner, and of course Klimas feels very strongly this winner will be his guy Usyk. Can Usyk KO Joshua this time round, Klimas was asked?

“I don’t know, I never predict. But this is what I hope for,” he said.

Klimas said Usyk is “ready” and that he has trained even harder for the rematch (holding his breath under water for 4 minutes and 40 seconds being one of his unusual and no doubt agonising training methods!). Joshua is also in absolutely great shape, having left no stone unturned in the gym. We should get a great fight on Saturday, and then we will see what the winner does next. Is Fury still a factor in the heavyweight division or is he not? 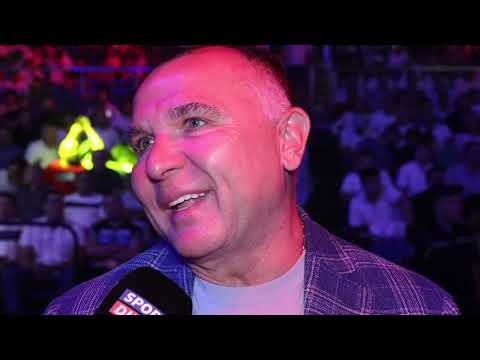