As fight fans know, reigning middleweight champ Canelo Alvarez is known, at least somewhat, for the colour of his hair: ginger, or redhead, this rare in Mexico. But former champ and by far the most fierce rival to Canelo, Gennady Golovkin, has another colour to describe the man he has boxed a draw with and lost a very close decision to: yellow.

Speaking ahead of tonight’s big fight with Sergiy Derevyanchenko, with TMZ Sports, GGG let loose some of the steam that has built up inside of him over the way no third fight has, as of yet, been made between he and Alvarez. Golovkin has made it clear he wants that third fight with the Mexican superstar, as has his promoter Tom Loeffler. Yet does Canelo want it? It seems not; Canelo recently stating how he has no interest in fighting Golovkin again, that GGG means “nothing” to him. 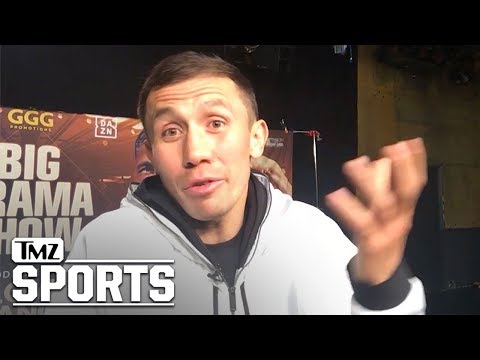 So who is to blame if we fans who so badly want to see – need to see – the third battle do not get what we want/need? It seems an easy question to answer! Heck, even Canelo’s promoter Oscar De La Hoya told us all recently (via an interview with the LA Times) how we will see Canelo and Golovkin fight in 2020. So it seems De La Hoya wants the third fight. But does his star fighter want it?

Of course, all of this will become meaningless if Derevyanchenko pulls the upset and beats Golovkin tonight (and it could happen). But providing Golovkin wins, and then keeps on winning and calling out Canelo, how bad will the flame-haired champ from such a proud, proud fighting country be made to look if he continues to say he has no interest in fighting Golovkin again?

Sure, Canelo is taking a risk in moving up in weight to challenge Sergey Kovalev, in his next fight, in November, and for this Alvarez deserves credit. But Canelo has unfinished business to settle with Golovkin. And absolutely everybody knows it.

Is yellow a colour Canelo can live with (being called)?