The boxing world moves fast, and after scoring a career-best win over a living legend, WBA welterweight champion Yordenis Ugas is already both thinking about and being asked about what’s next for him. 35 year old Ugas scored the brilliant, life-changing win over living legend Manny Pacquiao last night, and yet the Cuban stylist is far from satisfied. So what next for Ugas?

Speaking immediately after his unanimous decision win over Pac Man, Ugas said he wants to unify the welterweight titles, and that a fight with reigning IBF/WBC champ (and original Pacquiao foe) Errol Spence is “the next one on the list.” Ugas added how he hopes Spence can “recuperate” from his eye injury/surgery, but that he very much wants to fight him. Ugas has earned the big fights, the unification fights. It’s quite amazing how, at age 35, after so long in the game (with a two-year layoff when things were not going so good), Ugas has reached the heights he is now at. 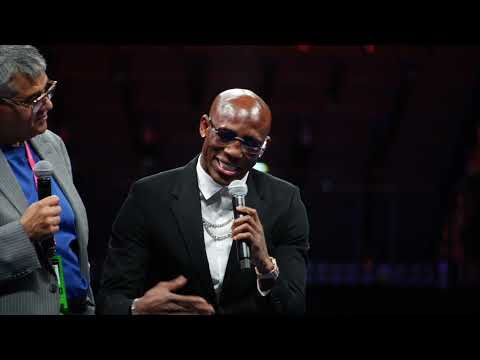 And there could be more glory to come. Does Ugas beat Spence? He gives Spence a heck of a fight, a testing fight, that’s for sure. Ugas strongly believes he beat Shawn Porter when they fought in March of 2019 (Ugas instead dropping a controversial split decision), and with Porter headed towards a big fight with Terence Crawford (the fight going to a purse bid), Ugas against the winner would be most interesting.

Ugas, 27-4(12) feels he beat Porter before, but could Ugas now go ahead and defeat Crawford (should “Bud” get past Porter)? It’s an interesting time for the welterweights – especially if you are Yordenis Ugas. Ugas said he is also open to a return fight with Pacquiao, yet not too many people are aching to see that. Again, Ugas has earned the big unification fights. But will Spence, Crawford and Porter be falling over themselves in an effort to fight Ugas?

It could be that, with his style, his slickness, his all-round experience and ring savvy, Ugas would be a nightmare for Spence, Crawford and Porter (a repeat nightmare in the case of Porter).