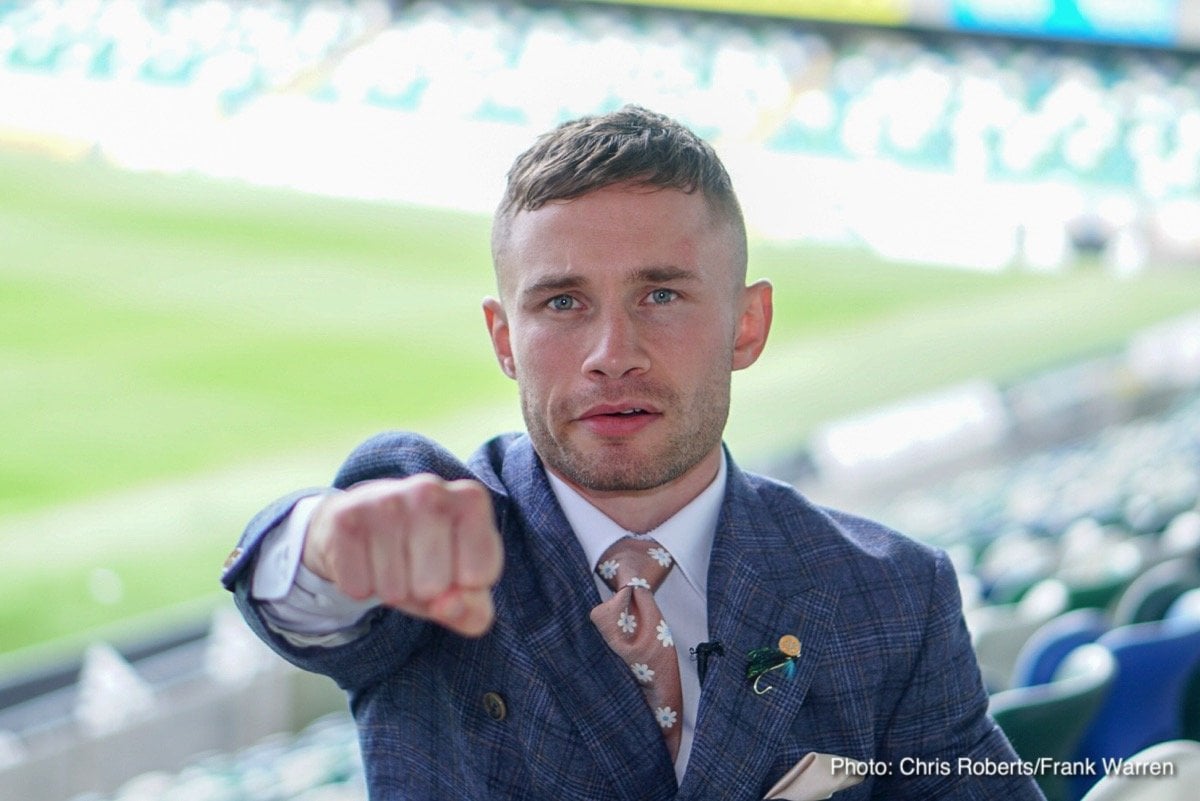 Already a former two-weight world champ, Irish warrior Carl Frampton has stated how he is convinced he can win another world title and become a three-time ruler. Frampton – who held major honors at super-bantamweight and at featherweight – said after his grueling decision loss to Josh Warrington that he was “done.” The December 22 fight was a real war, a FOTY candidate, and Frampton was banged up quite badly.

But now, well into the new year, “The Jackal,” has had a change of heart and he says he would drop back down to 122 (not having fought there since his June 2016 split decision win over Scott Quigg) if a world title shot presented itself there. According to a piece via The Irish News, Frampton, 26-2(15) will hopefully return to action in the summer. “The break will do me good,” Frampton said.

And, whether it’s at super-bantam or featherweight, the 31 year old says he is positive he can rule the world all over again.

“My performance that night [in the Warrington battle] still annoys me,” Frampton said. “Josh Warrington won fair and square but I believe I can win a world title. I wouldn’t be thinking about continuing to fight if I didn’t believe that. I want to be a world champion again and there’s positive vibes coming out of certain camps, Leo Santa Cruz and Oscar Valdez in particular. I have big fights there for me, winnable fights, and I genuinely believe I can be world champion again.”

Frampton against Santa Cruz, in a rubber-match, would be most welcome, while Frampton against Valdez would be almost guaranteed to result in an action fight. A relatively small featherweight, Frampton could likely make the 122 pound limit without weakening himself, so this could be another option for the Irishman. How about Frampton against Daniel Roman or Rey Vargas?

As Frampton says, there are big fights out there for him. And at a still young enough 31, after suffering just two defeats (one of which was to a man he has also beaten), Frampton is too young and too good to quit.