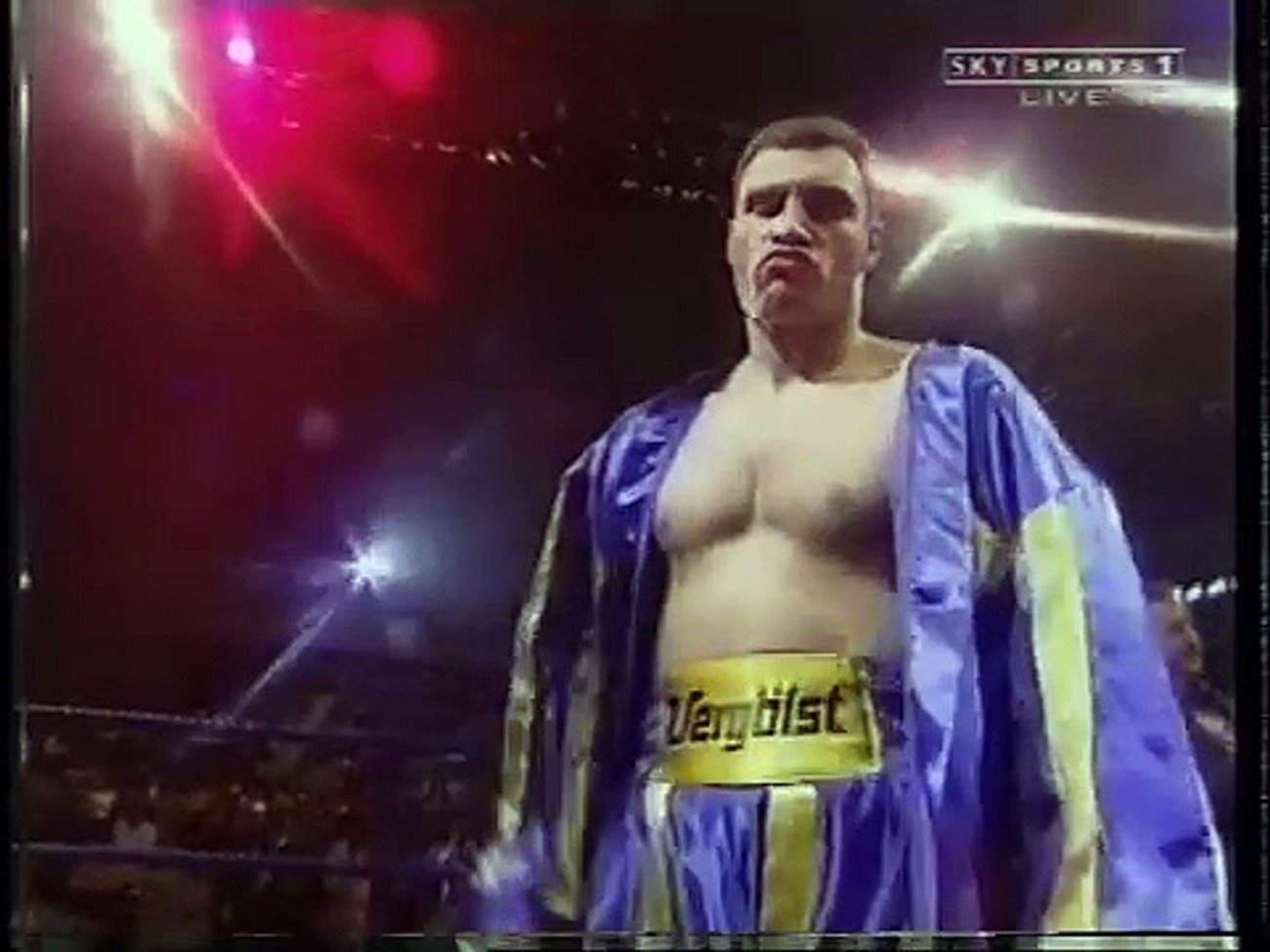 Former heavyweight king Vitali Klitschko boxed just one pro fight in the UK, yet it proved to be a short but explosive affair when it happened. Very much an unknown, emerging fighter at the time – to the point that his opponent and his team knew very little about him – Vitali came to London in June of 1999 in search of the WBO heavyweight belt.

Property of Herbie Hide, the WBO strap would prove to be a minor belt that would springboard Vitali to bigger things. Hide, quite amazingly in hindsight, the betting favorite to win the fight dubbed “For Queen and Country,” really had no idea what he was in for.

The fight took place at the London Arena on June 26th and the fight attracted plenty of interest. Hide, often a volatile character (brawling ahead of a fight was nothing too strange to Hide) tried to intimidate Klitschko before the bout. Turning over tables and screaming and shouting, Hide was actually the one intimidated. Klitschko was his usual cool self.

Hide was in fact a two-time WBO heavyweight champ, the fast and talented boxer from Norwich having beaten first Michael Bentt and then Tony Tucker (a badly faded version) to win the belt. Klitschko was seen by some as a big, but robotic fighter. A large crowd made up of plenty of curious fans settled in to see what would happen. Hide, never short on guts and never afraid to take the action to a bigger man, did okay in the opening round, managing to sting Klitschko with a few punches to head and body, his fast hands serving him well.

Then, in the second, Hide’s world fell in. Klitschko’s vaunted right hand, his “Iron Fist,” twice sent Hide reeling. Hurt bad after the second knockdown, Hide was saved by the referee, the fight stopped. Not too long afterwards talk of a possible Klitschko-Lennox Lewis fight surfaced. It would be four years before these two giants met, and we all know what happened in Los Angeles when they did rumble.

Hide was brutally beaten and the headlines – “Hide and Squeak,” and “Herbie takes a hiding” among them – told the story. Klitschko had invaded the UK, he had ripped the WBO title from the defending champ, and his destiny was to rule the world for a number of years.

Hide and his team sure made a big blunder in agreeing to this fight.