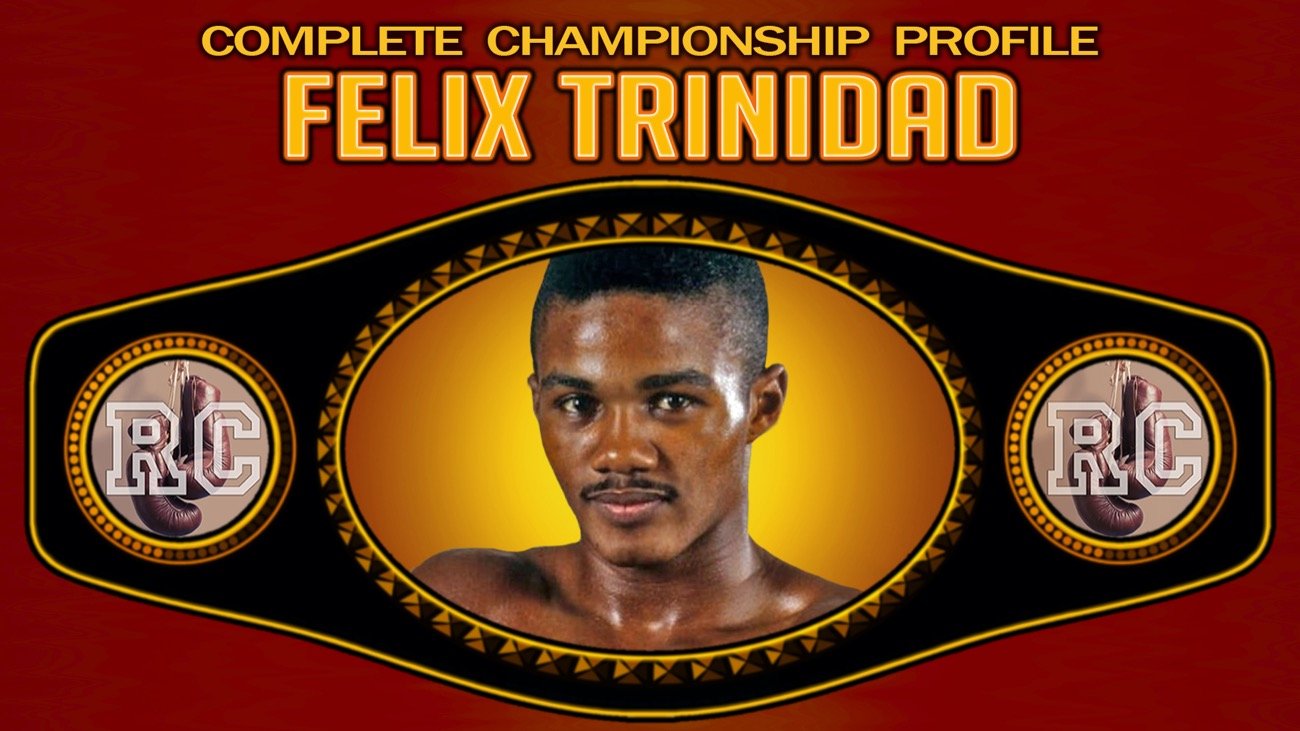 Felix Trinidad is a former three division world champion who was inducted into the International Boxing Hall of Fame in 2014.

Trinidad made his professional boxing debut on March 10, 1990 when he scored a 2nd round knockout against Angel Romero. Just over three years later, he received his first opportunity to compete for a major world title when he challenged IBF welterweight champion Maurice Blocker on June 19, 1993. Trinidad exhibited tremendous punching power as he overwhelmed the champion and scored a 2nd round knockout. This was the first of 21 championship contests Trinidad would ultimately have during his illustrious career. Trinidad ultimately also won championships in both the junior middleweight and middleweight divisions.

Trinidad defeated many outstanding boxers during his career, including victories against the likes of Hector ‘Macho’ Camacho, Pernell ‘Sweet Pea” Whitaker, Oscar De La Hoya, Fernando Vargas, and William Joppy just to name a few of his higher profile victories. Trinidad was an intelligent boxer who had a powerful left hook, a mean right hand, and he also utilized an assortment of uppercuts along with being a sensational body puncher. He was also a defensively responsible boxer with solid fundamentals that complimented his deep offensive variety. Often a slow starter, Trinidad had been knocked down early several times in his career, but time and time again he proved his incredible resilience by rising from the canvas and emerging victorious. Trinidad fights were usually entertaining and explosive.

When all was said and done, Trinidad had 45 professional contests with a record of 42-3-0 and 35 of his 42 victories coming by way of knockout. Nearly half of his fights were fought at the elite championship level, and that is the primary focus here in this edition of Rummy’s Corner will provide a brief chronological recap of all 21 championship contests that featured Felix ‘Tito’ Trinidad. This is part 9 of a new ongoing series of Complete Championship Profiles. Please watch and enjoy the video!