America was still both mourning and in a state of shock. The events of 9/11 had stunned, sickened and outraged the entire civilised world and nothing would ever be the same again. The sport of boxing was nowhere to be found in peoples’ minds; no sport was, no entertainment was. The mood of the nation was sombre, angry.

People in America wanted revenge for what had happened on that Tuesday morning. As it turned out, a little old insignificant boxing match provided a great distraction, a form of healing; a tribute to the fighting spirit of all Americans. 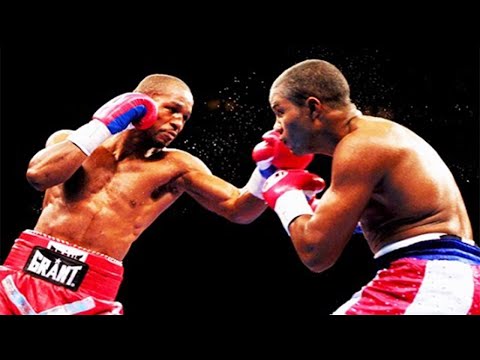 Bernard Hopkins was the big underdog going into the September 15 fight he was going to have with a primed and peaking Felix Trinidad. The fight was postponed due to the atrocities and now fiercely proud American Hopkins had even more to fight for than just the undisputed world middleweight titles. Hopkins wanted to show people how truly great, how truly strong, how indomitable the courage of the American people was.

Hopkins, a former prison inmate, was living proof of how his country was a place where anyone could rise up from unimaginable odds. Now, against Trinidad – who was himself closing in on greatness and was at almost a decade the younger man almost universally expected to win the fight – Hopkins showed the world America was still on top, was still the champ.

Without overstating things, 36 year old Hopkins gave feared puncher Trinidad an a absolute hiding disguised as a boxing lesson. Hopkins was truly masterful, losing not one single round before putting the finishing touches to his flawless performance by way of a 12th round knockdown that led to Trinidad’s father stopping the fight.

Word soon got around how Don King, promoter of Trinidad and of The Middleweight Unification Tournament, had to alter the winner’s trophy; Trinidad’s name having already been carved. Word of how special a fighter Hopkins was also spread like wildfire. Hopkins had been around, having made 12 retention ls of his IBF middleweight belt, but now way more people than just the hardcore boxing fans knew his name.

And amazingly, Hipkins was just getting going – with a number of additional super-fight wins ahead of him.