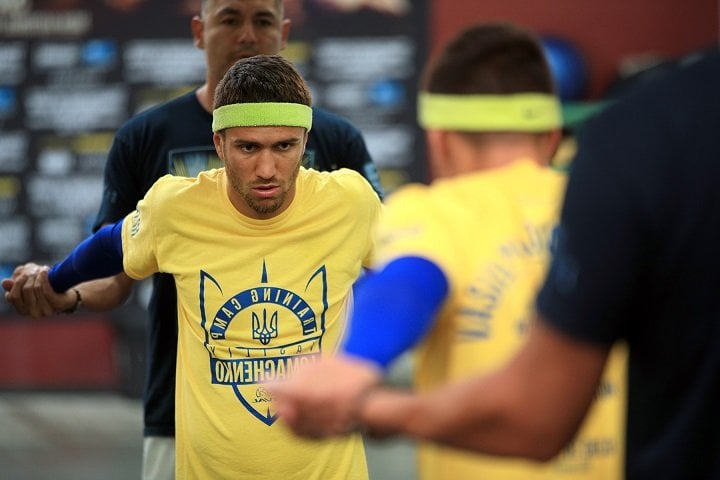 How can former amateur sensation Vasyl Lomachenko prove his greatness at pro level? Already a two-weight world champ, this despite having had just nine fights in the paid ranks, the gifted southpaw wants much more.

Lomachenko, in action against whopping outsider Miguel Marriaga this Saturday night (some odds-makers have the defending WBO 130 pound champ listed as an enormous 100/1 favourite over the Colombian challenger) told ESPN, the network that will carry his fight, that he is “frustrated” right now.

Lomachenko is another excellent fighter suffering due to the way the modern day game of boxing operates; where it is so much easier, compared to days gone by, for fighter A to duck fighter B – “I fight on a different network to you, my promoter can’t work with your promoter, etc, etc.”

We’ve seen, and continue to see, superb fighters like Guillermo Rigondeaux avoided and ducked, and Lomachenko is in the same boat as the brilliant boxer from Cuba. Lomachenko would have much preferred to be getting ready to face another fighter on Saturday: Orlando Salido, the only man to have beaten him as a pro, in a rematch everyone wants to see. But for whatever reason or reasons (and in this case, as tough and as proven as he is, nobody can tag Salido with the ducker label) this sequel has not been made.

“It’s hard to get fights, and I am frustrated; we wanted the fight with Salido,” Lomachenko told ESPN.com. “My goal is to be the best fighter in the world.”

Some respected judges say Lomachenko, 8-1(6) already is; sitting atop these experts’ pound-for-pound lists as “Hi-Tech” is. But fans want to see more before they agree Lomachenko is number-one. It seems a move to lightweight is both imminent and needed. There, if he can get himself big fights against the likes of Mikey Garcia, Jorge Linares or any other champ at 135, Lomachenko stands a chance of proving his greatness to all.

There has even been talk of a catch-weight fight between Lomachenko and the aforementioned Rigondeaux. Lomachenko needs these marquee fights, and both he and his fans deserve them.