Vasily Lomachenko (16-2, 11 KOs) boxed a masterclass on Saturday night in defeating Richard Commey (30-4, 27 KOs) by a 12 round unanimous decision at Madison Square Garden in New York.

Lomachenko, 33, knocked Commey down in the seventh and had him with an inch of being stopped. The referee could have halted the fight and nobody would have complained because Commey was hurt. 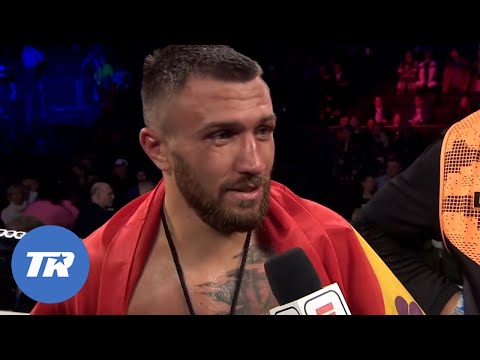 The two-year professional Anderson, 22, knocked the 30-year-old Ukrainian Teslenko down with a left-right combination in the second round.

After Teslenko got back to his feet, the fight was halted due to him being too hurt to continue. The time of the stoppage was at 1:33 of the round.

Davis, 22, knocked Zaragoza down with a hard shot to the breadbasket for the second knockdown in round two. The fight was then halted by the referee Charlie Fitch at 2:51 of the round.

Keyshawn looks like someone that has a future world champion written all over him. 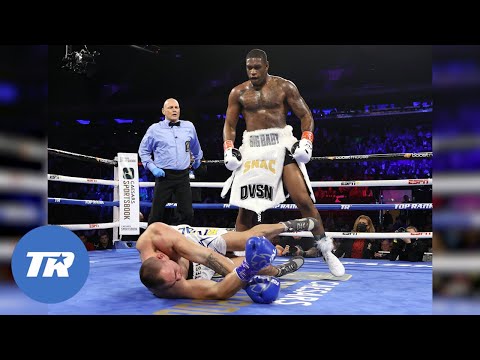 The 21-year-old Walsh wasn’t exactly floating like a butterfly in getting nailed frequently by the unheralded Sanchez all throughout the fight, and it was fortunate to get the decision.

The scores were 38-38, 40-36, 39-37. The fight should have been a draw. As far as this writer can tell, Walsh showed nothing tonight that would compare to his grandfather Ali.

Walsh should think about going through the amateur ranks to develop rather than fighting in the pros because he’s not ready and he’s going to get beaten soon. Once Walsh starts losing repeatedly, it’s likely his fights won’t be televised any longer.

19-year-old undefeated junior middleweight Xander Zayas (12-0, 9 KOs) wasted no time in knocking out Alessio Mastronunzio (9-2, 3 KOs) in the first round. The bout was halted at 2:52 of the round.

Zayas dropped Alessio, 26, and then went all out for the knockout. Xander might have been better off leaving Alessio out there so he could get some badly needed rounds because he’s beating the fodder that is fed to him too quickly.

Valdez knocked Sanchez down four times in the fourth before the fight was stopped at 2:40 of the round.

Light welterweight John Bauza (16-0, 7 KO) beat Michael Williams Jr. (19-1, 12 KOs) by a fourth round knockout. Bauza had Williams looking like a human yoyo, knocking him down six times in the fight before it was stopped in the fourth.

Williams was down once in the first, second, and third rounds and three additional times in the fourth before the referee mercifully stopped the fight at 2:18 of the round.

Davis knocked Schwartzberg down in the second and punished him the entire three minutes of the round. At the conclusion of the round, the fight was halted.

Light heavyweight prospect Joe Ward (6-1, 3 KOs) made easy work of an overmatched Britton Norwood (10-4-1, 7 KOs) in halting him in the first round of a six-round bout.

With the win, the talented 28-year-old 2016 Olympian Ward wins his sixth consecutive victory since losing his debut in 2019.

Lomachenko will have to be careful because if he gets clipped by one of Commey’s big shots, it could be an early night for him.

Commey is going to be going all out for an early knockout because he can’t afford to let Lomachenko get comfortable because he’ll give him a lot of problems once he starts firing on all cylinders.

In some of Lomachenko’s fights at 135, he’s started slowly and picked up steam in the second half. If Loma starts slowly tonight, that’ll give Commey a chance to catch him early with a big shot.

Lomachenko would have preferred to fight Teofimo in a straight rematch, but the New Yorker wants nothing to do with Loma, even though he beat him.

Some believe that Lomachenko being healthy now put Teofimo off from the idea of fighting him again.

In hindsight, Teofimo would have been better off giving Lomachenko a rematch because he would have made more money than what he got in his defeat at the hands of Kambosos on November 27th.  Fear is a terrible thing.

Teofimo is history now, having bailed out on the 135-lb division following his loss to Kambosos. So the winner of tonight’s Lomachenko-Commey fight has a good chance of fighting Kambosos in the first quarter of 2022 in Australia.

Kambosos has already said that he wants Lomachenko next. The Australian had talked of wanting to fight WBC lightweight champion Devin Haney or WBA secondary champion Gervonta ‘Tank’ Davis, but he seems to have changed his mind.

The less than impressive performances by Haney and Tank Davis may have factored in Kambosos’ decision to veer away from fighting either of those guys next.

Lomachenko and Commey are lining up for a fight that could result in the winner challenging four-belt champion George Kambosos Jr. next in Australia in front of 80,000 fans.