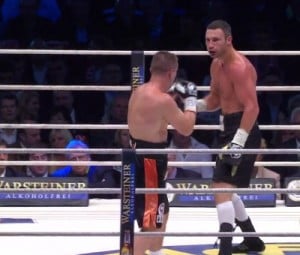 “It’s a bit frustrating to hear only two days before the scheduled purse bid that it has once again been postponed,” explained Stiverne’s manager, Camille Estephan, CEO of Eye Of The Tiger Management (EOTTM). “We are waiting for a new date. At this point, we have worked really hard to secure potential venues. Ottawa’s Canadian Tire Centre and Montreal’s Bell Centre are still at the forefront. Regardless, Bermane is ready now, or in a few months, and the longer Klitschko plays politics rather than man up and fight, the more ready we will be and the older he will get. Bermane will KO him wherever and whenever it happens.”

In the meantime, though, fans can still be treated to world-class boxing in the Capital region on September 6. “For now,” Estephan noted, “we are focused on our September 6th card at the Casino Lac Leamy in Gatineau. We have undefeated lightweight Ghislain “Mani” Maduma (14-0, 9 KOs) defending his WBC Continental Americas belt and also fighting for the vacant NABF (North American Boxing Federation) championship. This win, if successful, should put him in the top 5 in the world (Maduma is presently rated No. 14 by the WBC). (Super featherweight) Baha Laham (12-0-1, 5 KOs) and (light heavyweight Andy Gardiner (8-0. 4 KOs) are also being showcased in separate eight- round fights. If you know anything about these two guys, I don’t have to tell you it’s going to be exciting.”