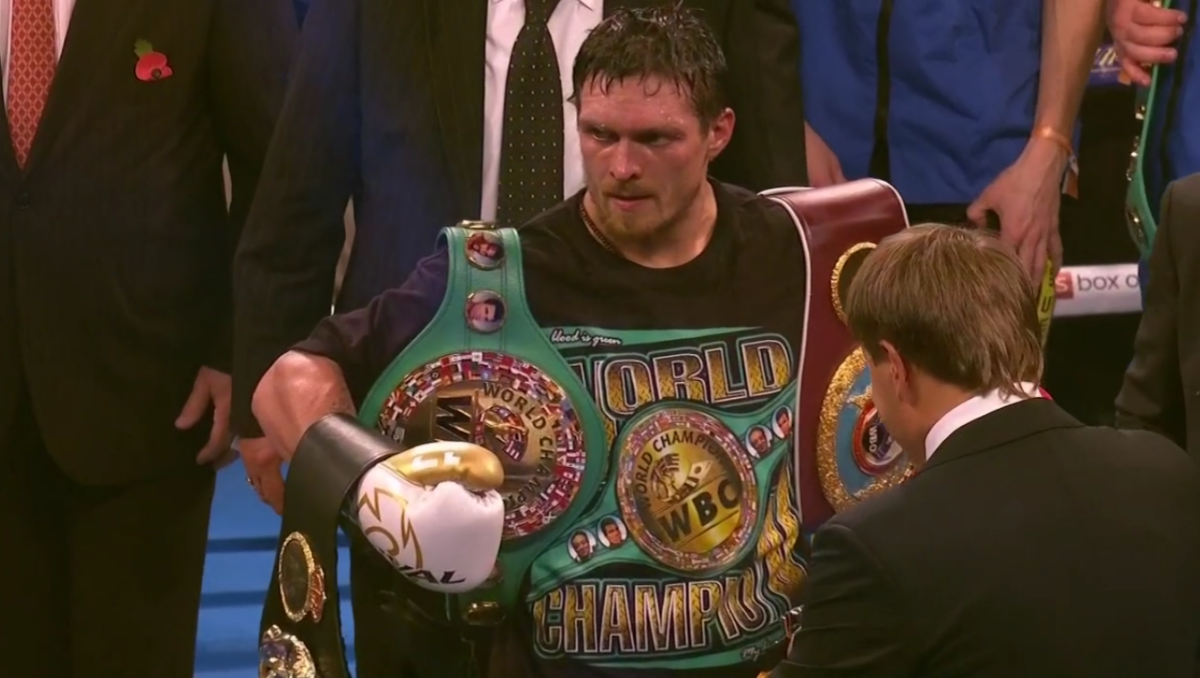 Oleksandr Usyk showed us last night why he is a highly ranked pound-for-pound fighter. After a patient start in a pretty tense and engrossing fight, the now 16-0 southpaw unleashed his power in round-8, sensationally taking Tony Bellew out. Most experts felt Usyk would be too much for Bellew and he sure was. Now, after successfully defending his four cruiserweight titles for the first and the last time, Usyk is set to invade the heavyweight ranks.

As he has said many times, Usyk is aiming for a massive showdown with Anthony Joshua, and Eddie Hearn says this is indeed a fight that is on the cards, maybe for later on this year. First though, Usyk needs to and wants to test the waters at heavyweight. Just who could Usyk face in his heavyweight debut? There are, as Hearn stated last night moments after Usyk’s crushing KO win over the now retired Bellew, plenty of options.

Usyk could fight against in March or April of next year and some of the names Hearn mentioned include Alexander Povetkin, Joseph Parker, Jarrell Miller and the winner of Dillian Whyte and Dereck Chisora. Either of these top names would make a very interesting opponent for the 6’2″ Usyk. But as good as he is, as good and as ruthlessly efficient as he was last night against Bellew, who would be willing to bet against Usyk in either match-up?

Fans have been waiting for that monster fight between Deontay Wilder and Joshua, but might we have another equally enthralling heavyweight super-fight with Usyk against Joshua, or even Usyk against Wilder? Usyk is certainly good enough, talented and gifted enough, but is he big enough for the giants of the heavyweight division?

Knocking out cruiserweights is one thing, big, big Heavyweights is another thing entirely. But Usyk is a special case, a special fighter. Maybe the man from Ukraine who has already achieved so much is destined to join Evander Holyfield and David Haye as cruiserweight champions who were able to make the move north and capture world glory in the sport’s premier weight class.

That first fight at heavyweight will be widely viewed and Usyk could attain superstar status in the coming months. Thanks to Usyk, the heavyweight division will become even more interesting in 2019. Can anyone bear Usyk?

As for Usyk’s soon to be vacated cruiserweight belts, there could be some great fights taking place as eight 200 pounders get busy fighting each other for the available belts.