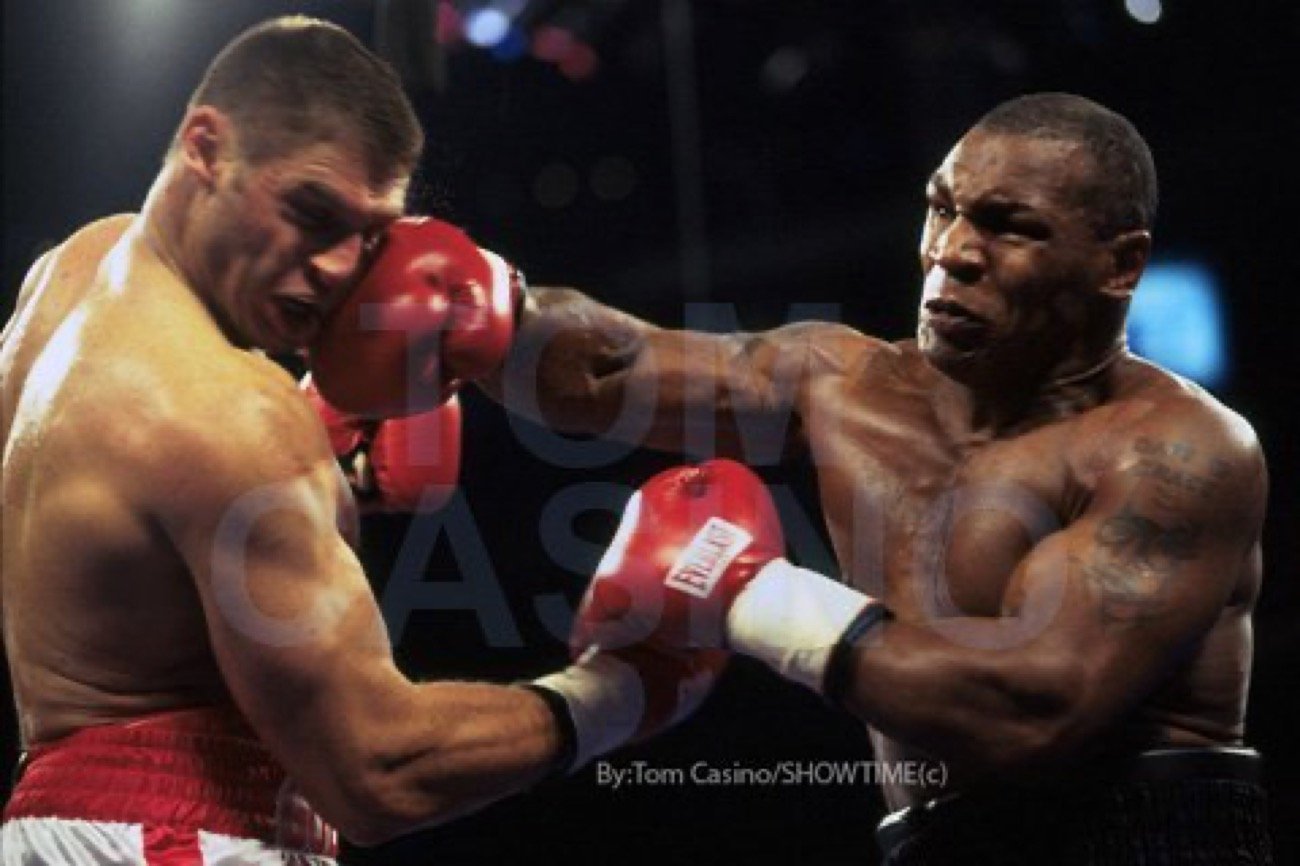 It was gonna be a car crash, and each and every fight fan knew as much going in. Still, nobody wanted to miss the Mike Tyson-Andrew Golota fight. The fight would end in one crazy heap or another, we knew that, yet we fans were not sure just how much carnage we would get to see – hence there was huge interest in the clash that took place in Auburn Hills 20 years ago today.

Dubbed “Showdown in Motown,” Tyson Vs. Golota was promoted by Louis Hearns, mother of the legendary Thomas Hearns. What followed served to disappoint no fan who knew all along that they would witness a spectacle, not a great fight. Tyson was past his best, fighting on memory and a need for money. Golota was a notoriously unstable heavyweight who was fighting for his own reasons.

Tyson came out fast, looking to end matters quickly and go home. Still powerful, fast of hand, and looking to throw shots with “bad intentions,” Tyson scored a knockdown just before the end of the opening session. Golota made it back to his corner and “The Foul Pole” actually had a touch of success in round-two. Tyson hurt his man in the 2nd, but Golota fought back and landed the odd shot. For a brief, shining moment it looked like we would actually get a great action fight, maybe even a memorable slugfest.

But then the expected crazy stuff came.

During the break between rounds two and three, Golota suffered some kind of episode; either a panic attack or some other freak-out that forced him to flat out quit. With Al Certo refusing to accept his fighter’s capitulation, trying his best to put the mouth-piece back in Golota’s mouth, this troubled fighter was adamant that he had thrown his last punch, and had taken his last punch – and butt – of the night. Golota was cut over the eye and he was telling anyone who would listen that Tyson had butted him.

Tyson, with a frightening look in his eyes, wanted to fight some more, as in he wanted to hit Golota some more, but it was over; with Tyson having to be held back as round-three began. Tyson had won via 3rd round TKO. Only he hadn’t.

Golota was pelted with garbage and with beer cups (filled with things other than beer) as he tried to get back to the safety of the dressing room he never should have ventured from in the first place. The crowd, having expected who knows what – surely not a fair, controversy-free boxing match – was going nuts.

It turned out Golota had taken quite a beating in those six minutes of action: a broken cheekbone, a cut eye, a concussion and a herniated disc in his neck. Yeah, Tyson could still bang. But not too long after the fight was history, the result was changed. Tyson tested positive for weed and the fight was demoted to a no-contest. A fitting end to a fight that had next to no chance of being a real contest, a fair fight, from the very beginning.

Yet how strange are we fight fans? The Tyson-Golota episode has attracted many millions of repeated views via YouTube. Turns out we all like a car crash disaster of an event far more than we care to let on.

30 Years Ago: When Foreman And Holyfield Gave Us A Thrill With “The Battle Of The Ages”266 Total Shares
10 Year Anniversary – Orlando Salido Upsets Juan Manuel Lopez in a Mexico vs Puerto Rico Battle263 Total Shares
Demetrius Andrade shoves Liam Williams after he reaches for his hair at weigh-in230 Total Shares