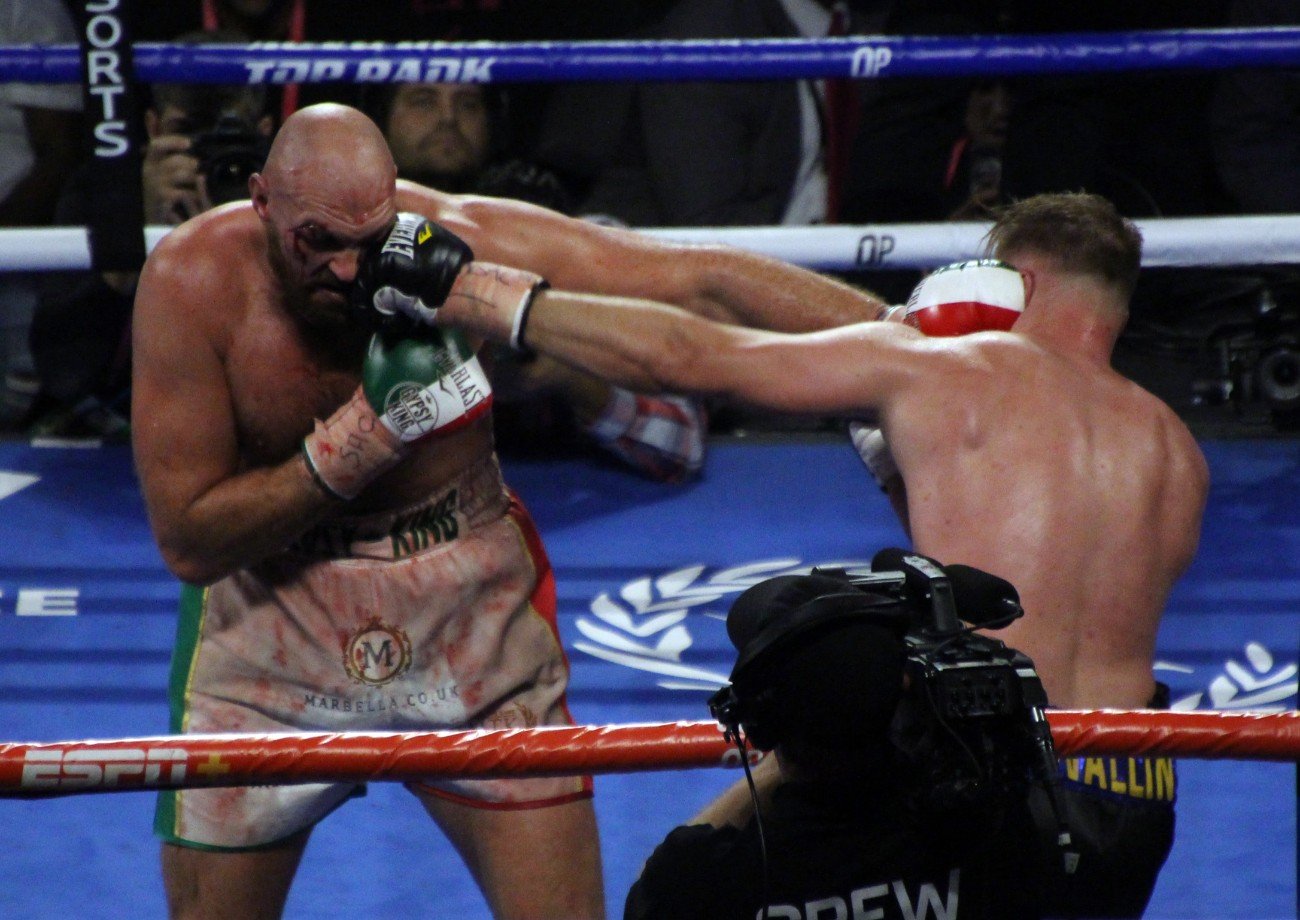 Tyson Fury is proud to say he’s a born fighting man, you’ve heard him state this time and again – and to that end Fury is willing to fight any man, be it a fellow boxer, an enormous wrestler, or an MMA fighter. Now that he’s had his fun in WWE, winning his debut by “smashing” Braun Strowman in Saudi Arabia last month, Fury is looking at fighting MMA great Stipe Miocic.

Fury, 29-0-1(20) has his contracted rematch with WBC heavyweight champ Deontay Wilder to take care of, no easy fight for either man, far from it, but after that (or with Fury being so unpredictable, perhaps BEFORE February 22??) it could be Fury Vs. Miocic. And Fury says he can forsee another “Mayweather-McGregor crossover fight” taking place.

“Stipe says he wants to box me, that would be a good fight for sure,” Fury said to mtkglobal.com. “After I get Wilder out of the way I’ll fight Stipe in a boxing match if he wants it. It would be a big crossover fight like Mayweather and McGregor. I’m open to that so he should come and see me. It would be the same outcome for any of them, they’ll all get smashed.”

37 year old Miocic of Croatia is the reigning UFC heavyweight champ, so he is no faded MMA fighter looking for a payday and nothing more. He can fight. Fury has been doing some MMA training, with Darren Till, so who knows, maybe Fury will be open to fighting Miocic under MMA rules.

Still, have you not grown more than a little weary of crossover type fights? Fury has more than enough to be getting on with in the ring: Wilder II, a fight with the Andy Ruiz-Anthony Joshua winner, or even the loser come to that. The way things are going it doesn’t look like we will get to see such massive fights any time soon. There are some fans who have doubts Fury and Wilder will actually fight in February (and of course, Wilder has to get past ageing dangerman Luis Ortiz first, on November 23).

Does a Fury-Miocic fight appeal to you, and if so, does it excite you as much as Fury-Wilder, Fury-Ruiz or Fury-Joshua? Fury is a proud fighting man and as such he should be proud to give the fans the fights THEY want to see.