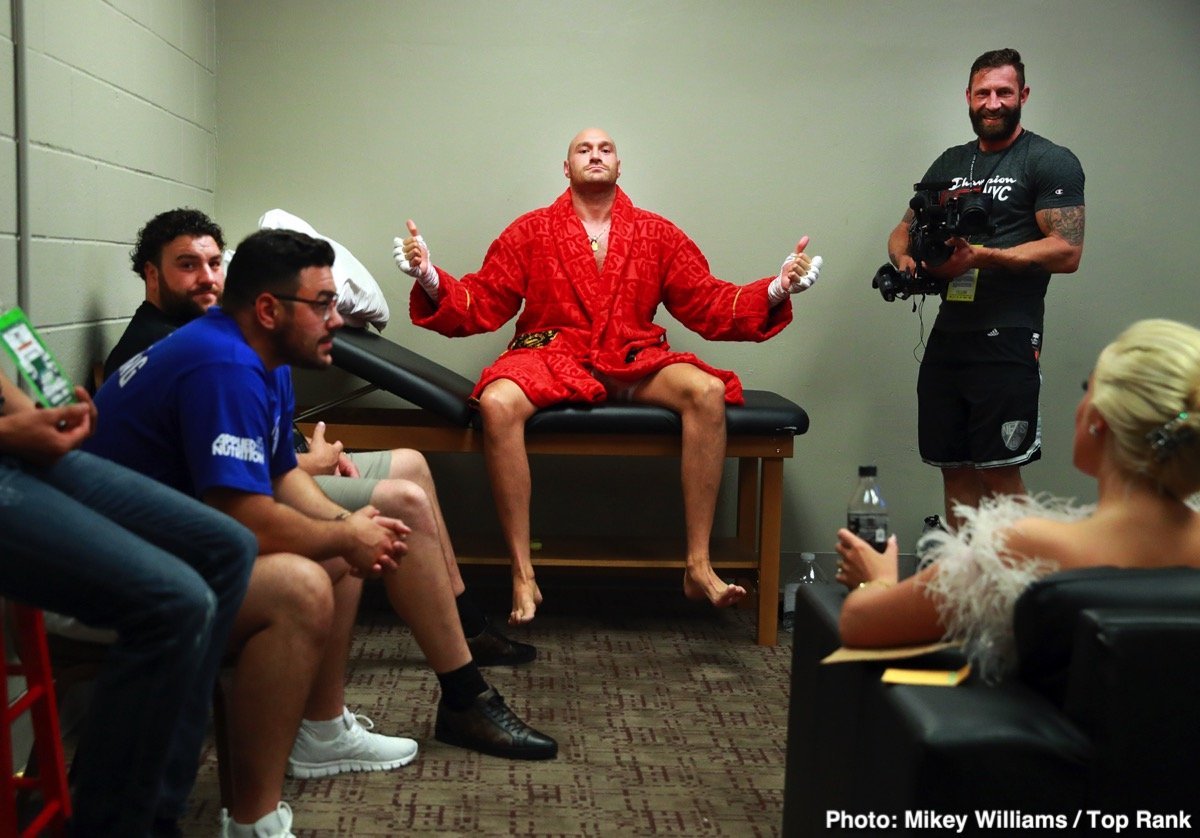 Proud lineal heavyweight title claimant Tyson Fury will have one more fight before his “announced” (by Fury himself) return clash with WBC ruler Deontay Wilder. Fury is eyeing a fight in New York on October 5 and his foe of choice is suspended drugs cheat Jarrell Miller. But if “Big Baby” Miller is not allowed to box by October, Fury will turn his attention towards another unbeaten fighter in Trevor Bryan.

In terms of which fight would be bigger, the controversy surrounding Miller would make a fight between he and Fury a major attraction and talking point; for good or for bad. But in terms of fairness, no way should Miller be rewarded with such a big fight and payday so soon after flunking those tests back in April. But does Bryan deserve a shot at Fury?

Bryan, a claimant of a version of the WBA heavyweight belt (which he won by halting cruiserweight B.J Flores back in August of last year, the 29 year old Don King-promoted fighter not having fought since then) wanted to step in and replace Miller in the Anthony Joshua challenge of June 1 but he lost out to Andy Ruiz. Now, maybe Bryan, 20-0(14) will get his big, big chance with a fight with Fury.

Just how good is Bryan? In truth, no-one really knows. The Flores win was probably the sternest test Bryan has yet faced (on paper at least), that fight aside, Bryan has beaten guys like Derric Rossy, Elieser Castillo and Epifanio Mendoza. A fight with Fury really would represent one big step up for the man from New York.

Fury had a fun and easy time of things against Tom Schwarz last time out and maybe he would have another hassle-free night if he fought Bryan. Or maybe Bryan would prove he is very much the dark horse of the division and he can really fight.

In reality though, fans are looking forward to Fury-Wilder II. Whoever Fury fights before then will merely be a precursor to the big one.