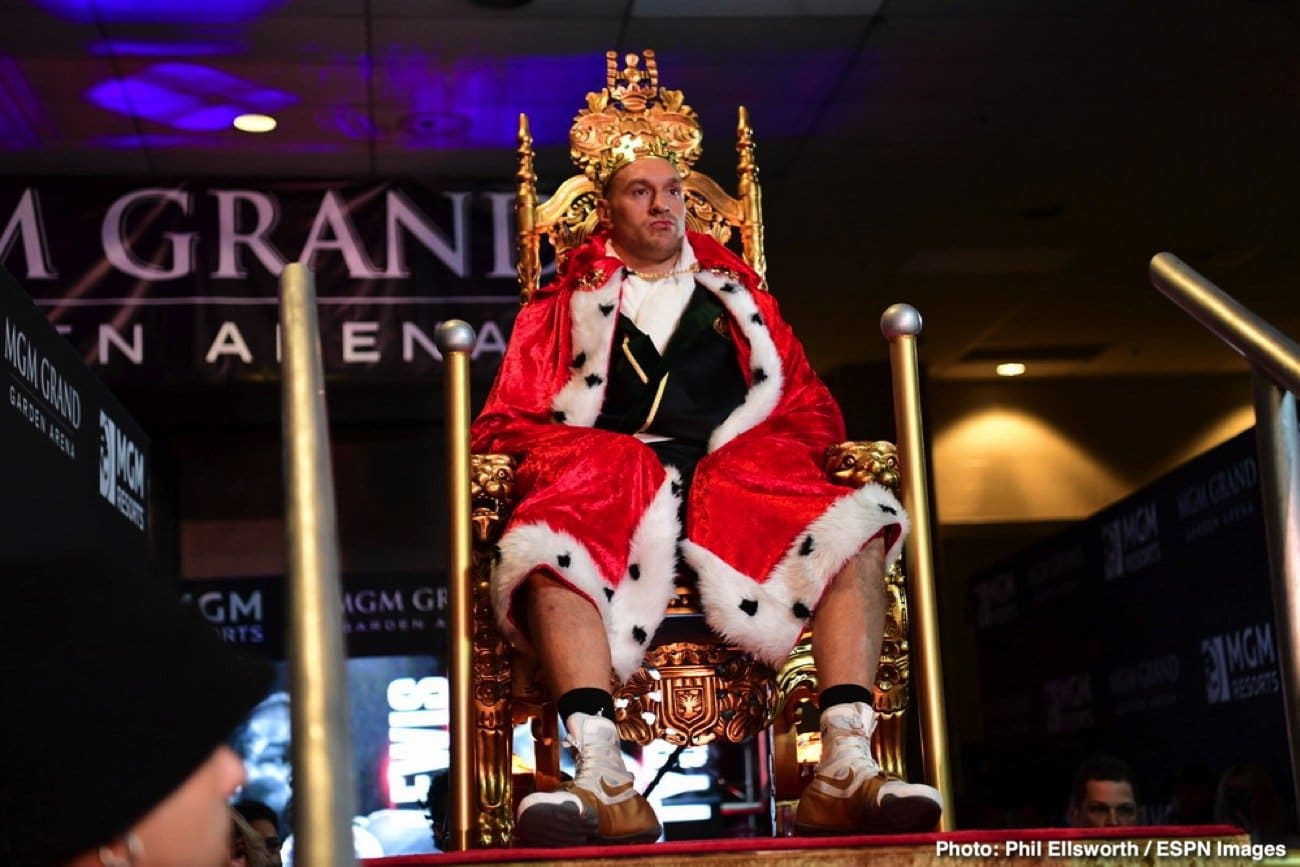 Tyson Fury has given a pretty scathing review of Oleksandr Usyk’s recent win over Dereck Chisora. Fury, looked at by most as the No1 heavyweight on the planet today, was not impressed by the former undisputed cruiserweight champion’s 12 round decision win over Chisora; a man Fury has beaten twice.

Speaking with Talk Sport, the unbeaten Fury said that, basing things on Usyk’s performance against Chisora, “none of the top 15 heavyweights out there are sweating Oleksandr Usyk at the moment.” Fury says that against “a big heavyweight who can punch a bit,” Usyk will be “a lamb to the slaughter.”

“Did we see the best Oleksandr Usyk? I’m not sure,” Fury began. “Did we see the best Oleksandr Usyk at heavyweight? I don’t know. But on that performance, I can say that none of the top 15 heavyweights out there are sweating Usyk at the moment, unfortunately. None of us are quaking. Is that it? Everyone’s like, ‘Is that what all the hype was about?’ Being brutally honest, I think when he fights a big heavyweight who can punch a bit it’ll be like a lamb to the slaughter. My opinion of it is – it’s the heavyweight division and not the cruiserweight division for a reason. After his last performance, I honestly thought he was better than he was because I highly rated Oleksandr Usyk as a master technician as a cruiserweight. But at heavyweight, there was nothing that impressed me to be fair.”

It seems most fight fans generally agree with Fury; especially on the “he’s not big enough for the heavyweights” line of thinking. Usyk is a fine boxer, yet he has not carried anywhere near enough power up to heavyweight with him. Not enough to be able to put a dent in the monsters, anyway. Can you really picture Usyk beating a juggernaut like an Anthony Joshua or a nearly seven-foot-tall Fury?

But Usyk cannot drop back down in weight, he’s a heavyweight for keeps now. Maybe he can win a belt, maybe not. But it sure is hard to see Usyk making good his goal of becoming undisputed heavyweight king. He ain’t Evander Holyfield. That said, Usyk could go on to be involved in some interesting fights at heavyweight. Whether he wins them or not is another thing.