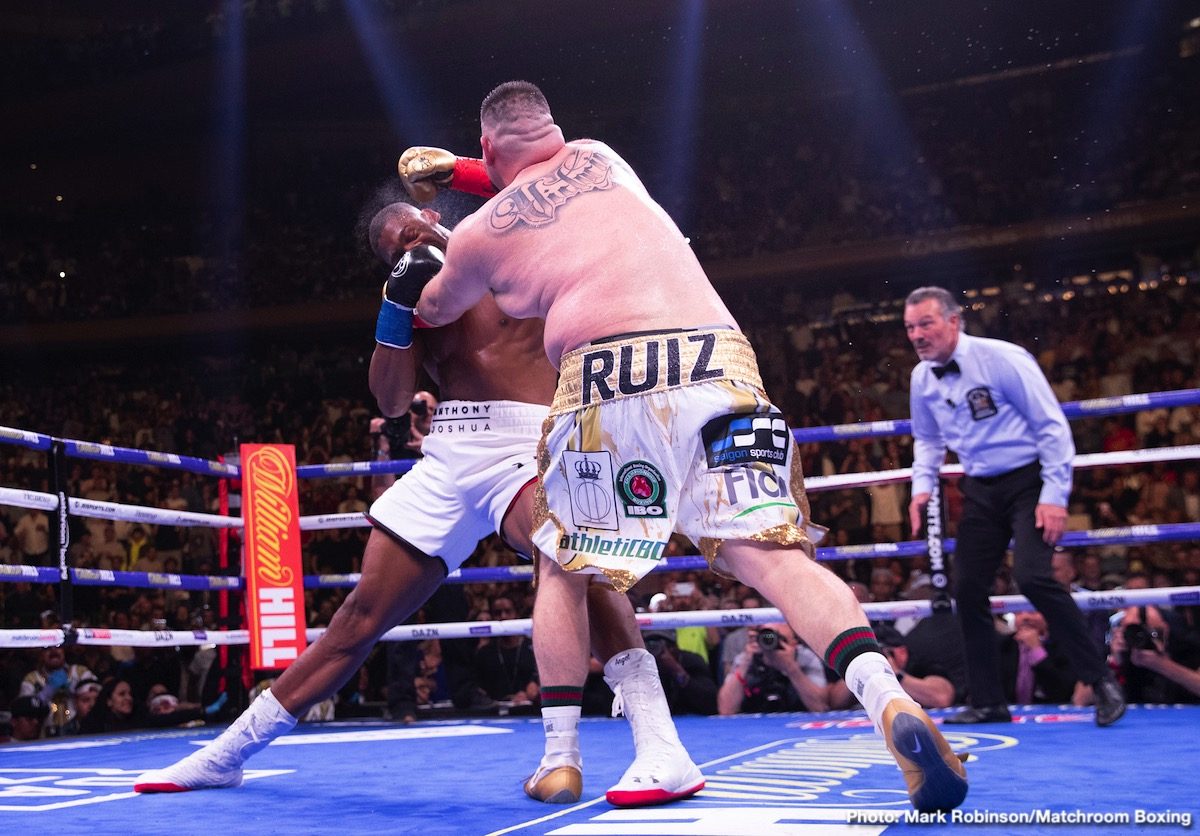 Well, it didn’t take Tyson Fury too long to return to form. Initially after seeing rival heavyweight champ Anthony Joshua beaten in an upset by huge underdog Andy Ruiz, the lineal champion offered his support and encouragement to Joshua; telling him to “rest up, regroup and then come again.” But now, his love of engaging in colorful trash-talk having again got the better of him, Fury has laid into AJ – big style.

Speaking with ESPN, the self-styled “Gypsy King” said that Joshua will “always lose” to Ruiz due to the styles of the two fighters.

“Can you imagine, you’re built like an Adonis, ripped, carved in stone, and a little fat guy who’s ate every Snickers in California bladders you all over? What a disgrace. If that was me, I’d never show my face in public again,” Fury said. “His style[AJ’s] and his style [Ruiz’] aren’t made to go together and Andy will always beat AJ in my opinion.”

Fans are now looking forward to seeing a rematch between Ruiz and Joshua, hopefully next, later this year. Can Ruiz – who is expected to earn big money from the return fight – prove his shocking win was no fluke? Fury sure thinks so, as do a good deal of other fans and experts. But was there something wrong with Joshua on Saturday night, as has been widely speculated: AJ had a panic attack (denied), AJ was flattened in sparring not too long before the fight (denied), AJ completely underestimated Ruiz (denied).

We now wait and see whether or not Joshua can right his wrong. If he can’t, then who knows where his career will be. How amazing it is that, with one loss, a so-called great fighter can be left looking at potential oblivion. The sheer pressure to win that Joshua will feel on his shoulders when going into a rematch with Ruiz will, it seems, be incredible. This is THE acid test of Joshua’s career. And if Joshua’s nerve did let him down on June 1, chances seem to exist that this will have a big chance of happening again in a rematch.