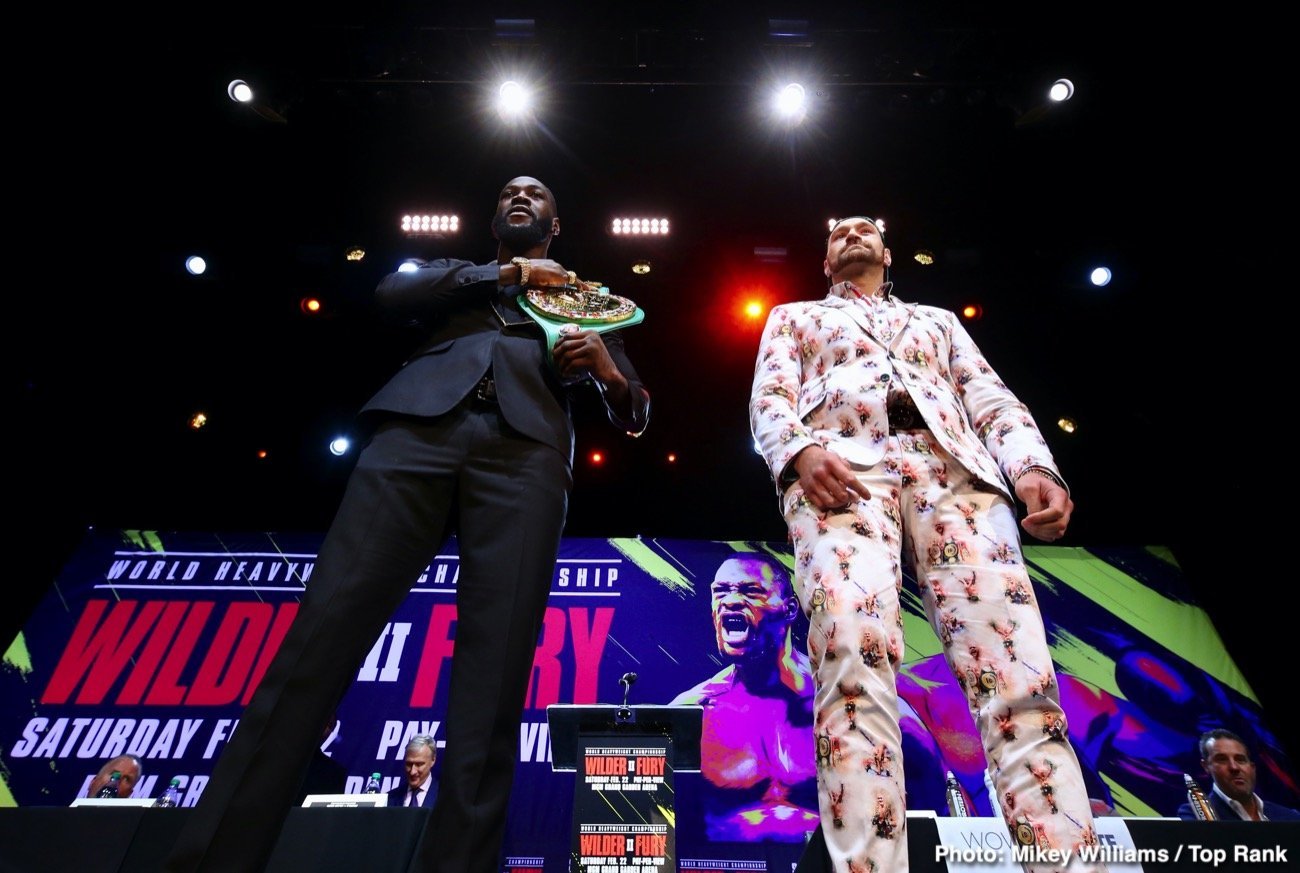 Tyson Fury has tasted, felt and been able to take the withering punching power of Deontay Wilder (just about, his near miraculous rise from the canvas in the 12th and final round of their first fight being a truly incredible moment in modern day heavyweight history).

But “The Gypsy King,” who will soon rumble with the reigning WBC heavyweight champ a second time (on Feb. 22 in Las Vegas), feels there is no way heavyweight rival, and hopefully future opponent, Anthony Joshua would be able to survive Wilder’s brutal power. Not for long, anyway.

Speaking with TheMacLife, Fury, ever controversial, stated that if the two actually fought (and how long have we been waiting for a Wilder-Joshua showdown!) Wilder would take Joshua out “in two rounds.”

“I think Wilder would knock Joshua out in two rounds,” Fury stated flatly. “And that’s not being critical of Joshua. I think he’s tailor-made for Wilder. A big, heavy load marching forward.”

Plenty of us fight fans tend to agree with the outspoken Fury, and feel this is really the reason Joshua has never fought Wilder (and some say he never will). But Joshua did change his style in his revenge win over Andy Ruiz, boxing smartly and being far more than just a “heavy load marching forward.” Would this version of Joshua give Wilder any problems?

Wilder himself stated shortly after Joshua’s December 7 win over Ruiz how “that approach wouldn’t work with me,” and Fury seems to agree with him:

“I don’t think it was a great performance to be fair,” Fury said of Joshua’s decision win over Ruiz. “He stuck and moved, but every time he planted his feet for one second, he was like Bambi on ice, and that was with Ruiz coming in at him at 21 stone (283 pounds) or whatever he was. He was as fat as a pig.”

Some wonder if Joshua’s punch resistance will ever be the same after what happened to him against Ruiz in their first fight. Clearly, Tyson Fury does not believe for a moment that Joshua would be able to live with Wilder’s power. Now, how does Fury himself cope with Wilder’s power if and when he is is hit by him in their fast-approaching sequel?

Interesting times for the heavyweights, no doubt.