Tyson Fury has made it as clear and as absolute as is possible when putting something into words: he has retired, he is retired, he is going to stay retired. Fury, insisting he is telling the “gospel truth,” says he has made up his mind – he is going out on top, never to return (aside, perhaps, for some “fun” exhibition bouts). Yet why is it so few of us are willing to believe Fury and take him at his word?

Maybe it’s because, throughout the long, long history of boxing, so very few men have ever managed to get out, stay out, and go into the record books as an unbeaten fighter. We’ve seen the most intelligent of men pulled back into the ring, this when money was not an issue, the power that is the “drug” of boxing proving irresistible. From heavyweight on down, the comebacks have come, and not all of them were successful. 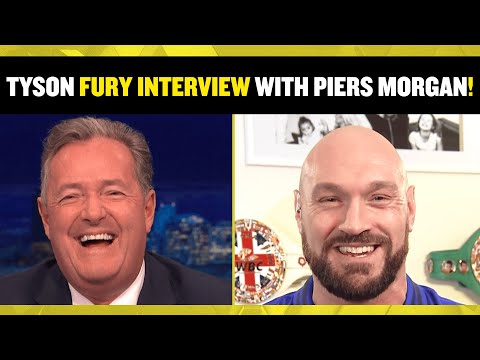 But Fury says he will be one of the special few, one of the precious few able to resist the irresistible temptation to have “just one more fight.” Speaking with Piers Morgan, Fury, 32-0-1(23) said he is “done.”

“I am done. Every good dog has its day,” the 33 year old heavyweight champ said firmly. “Like the great Roman leader said, there will always be someone else to fight. When is enough enough? I am happy, I am healthy. I still have my brains, I can talk, I have a beautiful wife, I have six kids, umpteen belts. I have plenty of money, success, fame, glory, what am I doing it for? I am quitting while I’m ahead. I am undefeated and only the second man in history to retire undefeated heavyweight champion. I man very happy and contented in my heart with what I’ve done.”

Fury does sound as convincing as can be, yet so have so many previous great champions before him. Ask people like Eddie Hearn, Bob Arum, Lennox Lewis, Teddy Atlas and others, and they will either tell you Fury will not retire, or they will tell you he should not do so. Still at his peak, Fury has seemingly got a number of fine performances in him. Maybe this is why so few people believe Fury – who has so often said he is and always will be a “fighting man” – will really retire, that he will instead fight again at least once.

It is possible for a great and popular world champion to go out on top, unbeaten, never to return, this while there are millions of dollars to be made, but it isn’t easy. Maybe Fury can be one of the few boxers able to win the fight that has been described as the biggest and toughest there is.

At the same time, if you took a poll of public opinion: will Tyson Fury retire and stay retired? – it’s very likely the returns would scream out a big NO. It’s up to Fury to prove us doubters wrong, just as he did so many times during his ring career.