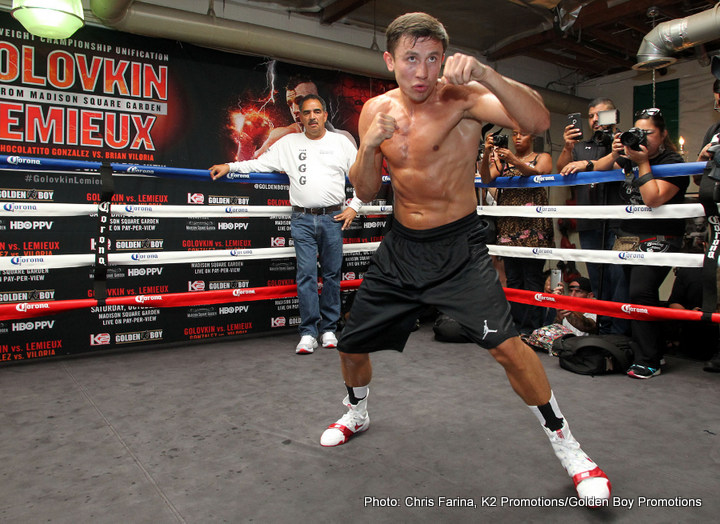 After years of struggling to get the top names to agree to step into the ring with him, middleweight king Gennady Golovkin finally gets his defining fight in September, when he will, as all fight fans know, rumble with Mexican superstar Saul Canelo Alvarez.

Golovkin’s promoter Tom Loeffler was right there with his fighter, trying to get the big fights, the important fights, and now, as he pointed out when speaking with The Las Vegas Review-Journal, the GGG-Canelo Super-Fight will take place almost five years to the day that Golovkin boxed on HBO for the very first time. Loeffler said that during the years 2012 to recently, he experienced serious reluctance from name fighters, fighters who wanted no part of his fighter; this type of reluctance being a new thing for the promoter.

“He’s come a tremendous way,” Loeffler said of the unbeaten Triple-G. “A lot of hard work and patience and a lot of knockouts along the way. I was thinking back on it, it will be five years almost exactly since his debut on HBO. I was literally begging HBO and Showtime just to give him a slot just for the publicity, and now he’s involved in the biggest fight in the sport. No one wanted to get in the ring with [Golovkin]. I’ve never seen such a resistance for somebody who has multiple world titles. I’ve never experienced that and I’ve been involved over 25 years in boxing.”

Loeffler gives credit to Canelo for finally taking the fight with GGG, and he also says the glitzy and grand stage of Las Vegas had been saved for a fight of this magnitude.

“We didn’t want to go to Las Vegas until we had the right type of fight that would justify being on the big stage of Las Vegas,” the promoter added. “It just worked out that his first Las Vegas fight is the biggest fight in boxing.”

Indeed, and now all GGG has to do is deliver. Can he do it? Has the mega-fight he and Loeffler have craved come too late at the age of 35? Will this fight, years in the making, live up to the hype?

It’s tough to imagine a dud of a fight, as so much is on the line, and as Loeffler and Golovkin know, there will be no second chance should the monstrous talent from Kazakhstan blow this one. We just might be treated to a modern day classic on September 16 (a date which, anniversary-wise, marks the day when Sugar Ray Leonard and Thomas Hearns gave us one of the greatest fights in history – also in Las Vegas!)