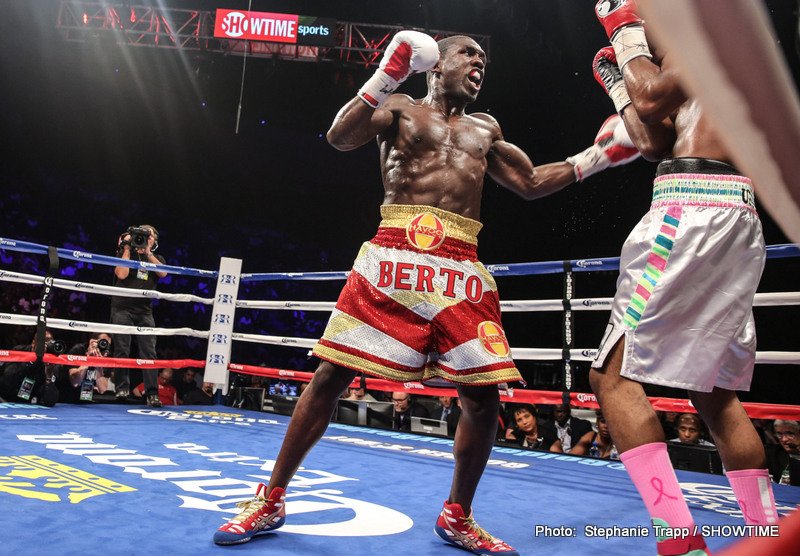 Floyd Mayweather — ON THE FAT KID DIET … For Berto Fight

Screw the vegetables and protein shakes, Floyd Mayweather is LETTING HIMSELF GO for his fight with Andre Berto — stuffing himself with ice cream and cake during training camp … TMZ Sports has learned.

It’s almost an INSULT to Berto — since Mayweather was deadly serious about his diet for the Pacquiao fight … cutting out anything that wasn’t deemed “healthy” by his personal chef.

In fact, we spoke with Chef Q — who tells us Floyd has been wayyyy more chill about his diet this time around … “He’s trying to have more fun.”

Chef says Mayweather invited his entire family to his Vegas compound for this camp because he wants to spend more time with them while prepping.

“He’s doing what he wants to do and eating the way he wants to eat. He’s more relaxed in terms of his diet and his lifestyle.”

“Pretty much anything you could name, I had it laid out,” Chef tells us.

And the best part — Mayweather is still paying those gourmet prices.