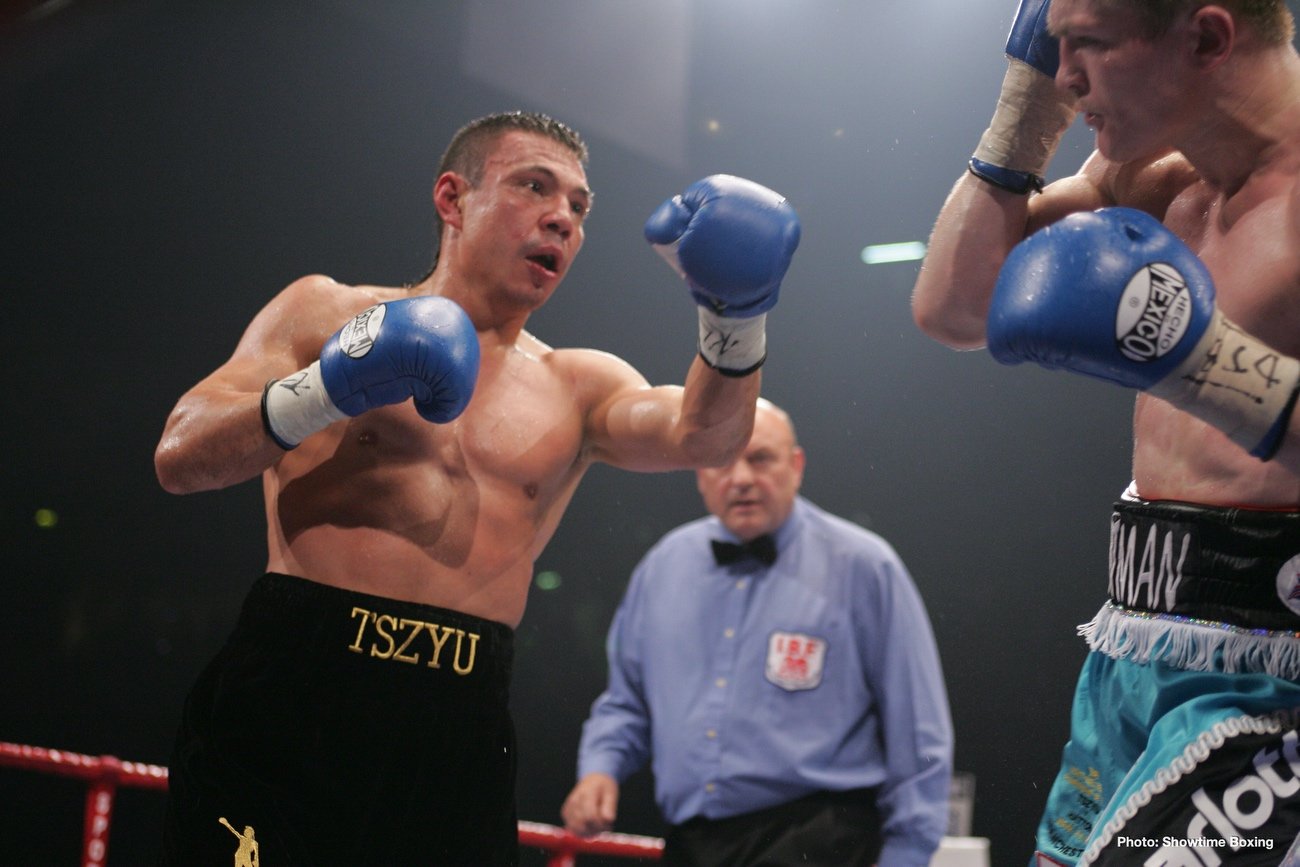 Kostya Tszyu is recognized by all as a great, great fighter. The finest 140 pound fighter in the world for a number of years, Tszyu looked all but unbeatable in his prime. Now, in following his father’s shoes, Tim Tszyu understands he has to make his own name. The tension is currently building in Australia, as Tszyu and former WBO welterweight champ Jeff Horn approach their 154-pound grudge-match of August 26th.

The fight is a huge deal in Oz, and fans cannot wait. The two rival fighters have been slinging insults at one another for some time now and Tszyu, in speaking with ESPN.com, says he will not be a champion for a mere six months like Horn was, that he is a different class of fighter to the man who shocked the world in beating Manny Pacquiao. Horn has said Tszyu is getting the attention he’s getting due to his surname.

“There’s a lot of things that separate Jeff, an average world champion professional boxer, from a world-class contender,” Tszyu said. “Becoming a world champion is one thing, but staying world champion is another thing. He’s reached his heights and he doesn’t have the characteristics to stay as a world champion. That’s the difference [between me and him]. Once I win a world title, I will stay a champion. In my career, my dad doesn’t play much of a role. I do my own stuff. He taught me one things and that’s work ethic. I do everything that he’s done. There’s a blueprint. If I could do half of what he did, I’m going to be great in this sport.”

Fans do seem to be pretty much split down the middle when it comes to who will win on the 26th. But it must be said that Horn, 20-2-1(13) has been in with far better quality opposition than has Tszyu. Horn shocked Pac Man, he fought Terence Crawford and he had those two tough fights with Michael Zerafa. Currently, Tszyu’s best win is probably his decision win over Dwight Ritchie (R.I.P).

Horn feels he will have too much experience, toughness and the overall ability for Tszyu. It really is a fascinating match-up and Australian fight fans cannot wait to see who comes out on top. Let’s hope the fight goes ahead as planned, what with fears of a recent surge in Covid-19 in Australia proving worrying.