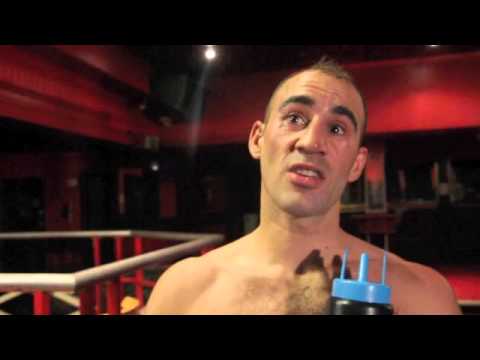 Sean Dodd W10 Gary Buckland – Sean Dodd set fire to the script Renald Garrido ripped up earlier on in the night to box beautifully to secure a 10 round points victory over former British super featherweight champion Gary Buckland, 30-7 (10KO’s), and with it a potential shot at current British lightweight champion Scott Cardle.

Cardle was ringside to watch his late replacement Dodd, 10-1 (2KO’s), withstand the customary Buckland onslaught to coolly box above the levels his previous experience would suggest to deservedly have his hand held victorious 97-95 on the referees scorecard.

Scoring a Gary Buckland fight can be the stuff of nightmares and the early exchanges proved to be no different here. The Welshman once more marching grimly forward unleashing endless punches at close range. The difference these days is the opponents just don’t seem to comply with his will as he has move up the weight classes.

Buckland’s application was typical in the first four rounds; however, the accuracy was the difference and set the theme of the night. It just deserted Gary Buckland tonight and found a home in the technique of his little known, but well supported local opponent Sean Dodd.

From the 5th round the switch-hitting Dodd began to assert his control of the action. His astute defence and calm demeanour allowed him to defuse what Buckland has done so well for so long. He refused to be bullied and refused to work when it was not required.

What had previously worked for Buckland for so long, didn’t materialise on the night and it was he and not Dodd that wilted under the strain of the pace being set. Rounds 7 to 10 followed a similar pattern, with Buckland walking into range, unloading inaccurate salvos and being punished by the calm and economical work of Dodd, who streaked away.

There could be no denying the final verdict; Sean Dodd fully deserved his victory on a night when time caught up with Gary Buckland it would seem. 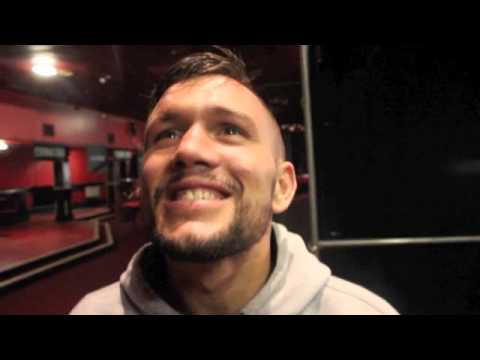 Disaster struck for decorated amateur and light welterweight prospect Bradley Saunders as he was disqualified in the 6th round of his 8 rounder against flamboyant Frenchman Renald Garrido for a deliberate head butt.

Garrido who had came to the ring dressed as a Lion, showed similar character traits as he began to take control of the action from the 4th round onwards, his high octane style proving too much for the ill prepared favourite.

Saunders looked in control early on, dictating the flow of the action behind his jab and working economically to the body, adjusting from the aggressive style that saw him mildly disappoint in the early stages in the professional ranks.

However, Garrido was in no mood to allow the Englishman to control the flow and forced him onto the back foot, repeatedly wailing away crudely from both flanks, landing regularly late in the 4th round.

Saunders rallied in the 5th round, back behind the jab, beating his opponent to the punch and looking to have regained control. But, the engine let him down, seeming to gas as the round drew to a close and ‘Le Lion’ stepped on the gas and had Saunders out of his comfort zone once more.

The tank ran dry as the 6th unfolded, which saw Saunders wilt and touch down at the end of an untidy, but ceaseless attack – claims of a slip where wide of the mark – Saunders was spent. To his shame, his reaction was to drop his head and thrust it into the chin of his opponent who took the full force of the blow.

Referee Steve Gray had no option but to throw Saunders out, bringing an end to his unbeaten record (now 12-1, 9KO’s) and send him back to the drawing board. Whereas, Renald Garrido moves to 15-11-1 (3KO’s) and claims a deserved scalp and another well earned payday. 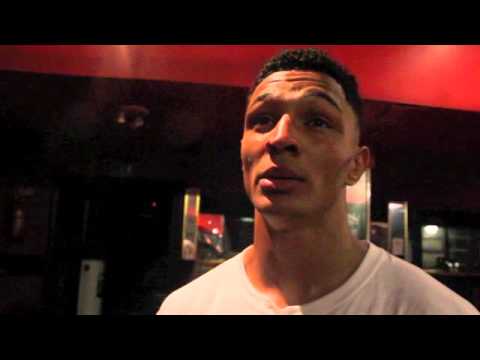 22-year old light-middleweight prospect Marcus Morrison needed less than a round to take care of Nicaraguan Michael Mora in chilling fashion on his Sky Sports debut.

The Spanish-based Mora looked some way out of his depth from the opening bell forced to eat a series of ramrod left jabs, which the muscular Morrison is beginning to develop as a real weapon early in his young career and one Mora failed to avoid on a single occasion in this one.

Midway through the 1st, Morrison doubled that jab and followed with a straight right that took the lot from a challenger, who was seriously out of his weight class – a career light welterweight (his last fight aside) – sending him stumbling across the ring and on to his back.

The towel was in shortly after, to bring an end to the fight and not a moment too soon. This is the fashion a well thought of prospect should deal with a fighter like Mora.