On this day back in 1983, two all-time greats collided in a genuine super-fight. Each a distinguished member of “The Four Kings,” Marvelous Marvin Hagler and Roberto Duran faced each other in a fascinating clash of styles and personalities. Both men were of course looked at as genuine tough guys, hardened ring warriors, yet Hagler and Duran were also highly skilled ring technicians.

Together, the defending world middleweight champion and the former world lightweight and welterweight king (who had recently rejuvenated his career with a win over Davey Moore, the savage beating “Hands of Stone” laid on Moore seeing him win a belt at 154 pounds) gave us a chess-match type affair, not a thrilling action bout. And the 15 round battle of wits that went all the way was mighty close.

Imagine, the great Duran as undisputed middleweight ruler! If you want proof of how truly great, how magnificently special Duran was, you need look no further than the fight that took place in Las Vegas 38 years ago today. Duran pushed the man many fans and experts say is the greatest middleweight of them all, and he pushed him hard enough and close enough to have perhaps deserved the win. 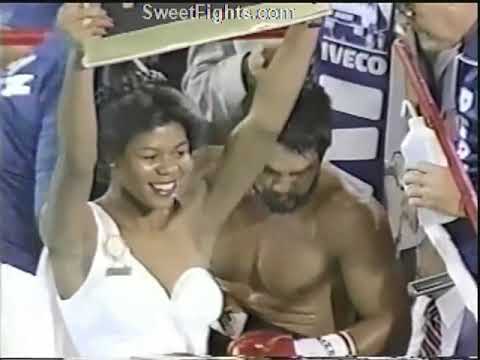 Would it have been a robbery if Duran had been awarded the decision over Hagler? The fight was certainly close enough for a return meeting to have taken place, and Duran said Hagler promised him one. Duran, speaking to this writer a couple of years back, spoke about the Hagler fight and he explained how he had “figured him out” and was certain he would have beaten him in a rematch.

“I would really have liked a second fight with Hagler,” Duran said. “In fact, he promised me one but he never gave me it. I watched his fights after our fight, when he fought (Juan Domingo) Roldan and (Mustafa) Hamsho. I knew I could beat him. I had figured him out, the way he would switch from orthodox to southpaw. He preferred fighting as a southpaw and in a rematch I would have been ready for him.”

How would a rematch between these two have gone had it happened? Would Duran have improved on his performance in the first fight, or might Hagler have “figured out” Duran and in so doing would have topped his showing? The 15 rounds these two legends gave us serve as a real textbook for all students of the sport. Neither man mastered the other and the fight is close enough for debate.

Hagler often said he didn’t trust the judges in Vegas, that they never gave him the credit he deserved in a close fight. But when it comes to this fight, Duran is the fighter who left town feeling hard done by. Many Hagler fans argue, to this day, how their hero was robbed in the Sugar Ray Leonard fight. Do Duran fans have a similar right to complain on behalf of their hero when it comes to the 1983 fight? Maybe.

Ask yourself, which fight was closer – Hagler Vs. Duran or Hagler Vs. Leonard??