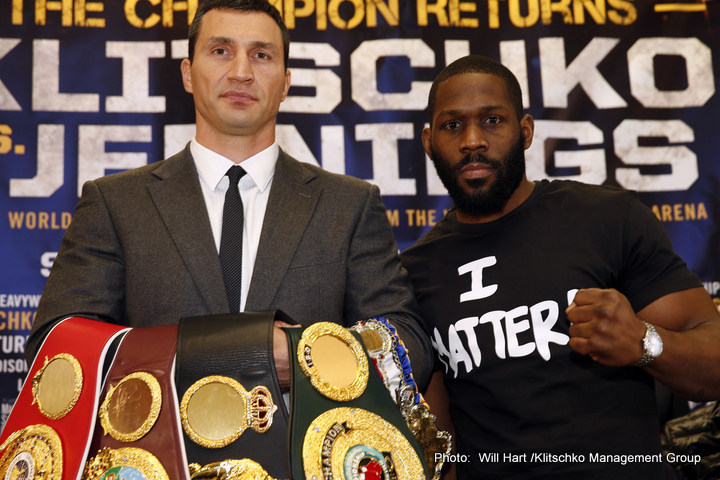 For a century it would have been unimaginable to even suggest that the recognised figurehead of boxing, it’s leading man would not contest the sports premier title on U.S. soil for over 7 years.

And yet, it happened and passed much like Dr. Steelhammer’s last visit to the Mecca of boxing – when defeating Sultan Ibragimov over 12 rounds to become unified heavyweight champion – with little resistance.

Of course, the decline of the heavyweight division and the impact it has had on the sport in general is a well-trodden path.

We know the NBA and the NFL have heavily impacted heavyweight boxing participation figures within the U.S. We know the fighters are much bigger and by association slower, leading to more attritional bouts, which have turned the television companies off for a long time.

Finally, we know that an Eastern European heavyweight champion has been difficult for the U.S. public to swallow, in the absence of legitimate American rival.

So, when Deontay Wilder easily outpointed Bermane Stiverne to lay claim to the WBC version of the heavyweight crown – becoming America’s first heavyweight champion since Shannon Brigg lost to Ibragimov in 2007 – the ground started to swell.

In Wilder – and to a lesser extent Jennings – there is hope that an American challenge can once again be mounted for boxing’s most coveted prize. A fact that will not be lost on Klitschko and his strategically savvy team, who have moved immediately to join the party.

The Ukrainian has had a wonderful career and which has at times been ignored, due to the proficiencies of his matchmaking and ultimately superior physical and technical attributes making fights boring, such was his all-encompassing dominance.

It’s easy to forget that Klitschko has been knocked out on three occasions, only to return a stronger fighter. A fighter who has gone undefeated in his last 21 fights over 11 years, including empathic wins over David Haye and Alexander Povetkin in Russia. Regardless of era, that is an impressive feat for an ageing heavyweight with a reported glass jaw.

But it’s not enough and he knows it, he will never be considered great until he relinquishes his physical superiority and emerges victorious. At the age of 38 – 39 come fight night – the intelligent Ukrainian will be all too aware that you can’t beat the clock and on the basis of Wilder’s constant improvement fight to fight, the time is now.

But first up it is Bryant Jennings, who despite his considerable talents will be out of his league here.

Tyson Fury remains Klitschko’s mandatory challenger and an excellent opponent at that, but it’s Deontay Wilder a fellow Olympian, reigning World champion and box office hit who provides the platform for greatness, not only for the giant Ukrainian but for the sport of boxing as well.