In a fresh twist regarding a possible welterweight unification clash between rival, unbeaten champions Terence Crawford and Errol Spence, Crawford has expressed real interest in fighting Spence in London. Speaking with Tha Boxing Voice, Crawford – who will face David Avanesyan this Saturday in a pay-per-view offering – said the fight would make more money in the UK, pointing out how, in his opinion, “the UK support boxing more than the US.”

Crawford, 38-0, is widely expected to defeat Avanesyan in style to retain his WBO welterweight title, and after Saturday night’s fight, fans hope “Bud” will then get it on with WBA IBF WBC 147 pound ruler Spence. And now Bud Crawford is suggesting a UK venue for the fight. 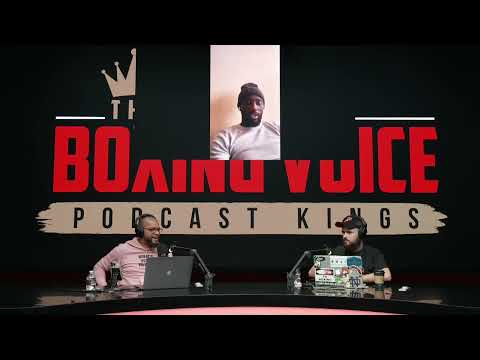 “I wouldn’t mind going to London to do it,” Crawford said of the Spence fight we all want to see. “You’re gonna make more, trust me, 100 percent. The UK support boxing more than the US. When Tyson Fury or Anthony Joshua fight in the UK, they draw 60,000 in a stadium.”

It’s true, the big UK names can and do fill stadiums to the tune of 60,000, 70,000, even more, and the cash generated from the live gate is most substantial as a result. Crawford obviously and rightly feels his considerable talents are deserving of a big slice of this kind of stadium sell-out dough. And of course, a Crawford-Spence fight would almost certainly sell out a big UK stadium. It would be one of the biggest fights ever held in the UK if Crawford and Spence did fight here.

Let’s hope Spence likes the idea of boxing here in the UK as much as Crawford does. Crawford has boxed in the UK before, this back in March of 2014, when he defeated Ricky Burns in Glasgow, Scotland to take the WBO lightweight title. Since then, Crawford has fought in the US only. Spence too has fought just one time in the UK, this back in May of 2017, when “The Truth” defeated Kell Brook to win the IBF welterweight title.

There’s no doubt about it, we UK fight fans would welcome both pound-for-pound stars back to these shores with open arms.