Roy Jones Jr. says Terence Crawford could take Errol Spence Jr. out within six rounds if the Texas native isn’t on his game on the night after his car crash.

Boxing great Jones still has questions on whether IBF/WBA/WBC welterweight champion Spence (28-0, 22 KOs) is the same fighter he once was after his terrible car crash in October 2019 in Dallas, Texas, which resulted in him being sent to the ICU for six days.

Although the 32-year-old Spence has won his two fights since his car crash against Danny Garcia and Yordenis Ugas they haven’t been easy contests for him and weren’t particularly overpowering in either fight.

“I don’t know, we’ll have to see what kind of state Spence is in after that car wreck,” said Roy Jones Jr. to Fight Hub TV when told that James Toney is predicting that Spence won’t last six rounds with Crawford.

“Spence is a pressure cooker, so if he can maintain with Crawford early, he can make it a good fight. But if he ain’t on his game, he might be right,” said Jones Jr. about Toney’s prediction of Spence not lasting six rounds with Crawford.

“James Toney said Spence won’t last six rounds [against Terence Crawford]. I had to repeat that one because respectively, I disagree with that,” said Shawn Porter to ESNEWS about the Crawford vs. Spence fight.

“Both fighters have the capability of ending it in the first round, let’s be clear about that. Does it go the distance? I expect it to, but will I be surprised if it doesn’t? No,” Porter continued about the Spence vs. Crawford undisputed clash.

“It’s dead even. Both of these guys have all the experience. The list goes on. There’s nothing bad you can say about either fighter and then when you say something good about one fighter, you pretty much duplicate that when you talk about the other fighter.

“Who can capitalize on the moments? I would say, Terence Crawford. The best man wins,” said Porter.

“At the highest level, Errol Spence is the toughest fight for Terence Crawford at 154 and 147,” said Porter when asked how Crawford will do if he moves up to 154 to challenge undisputed champion Jermell Charlo. 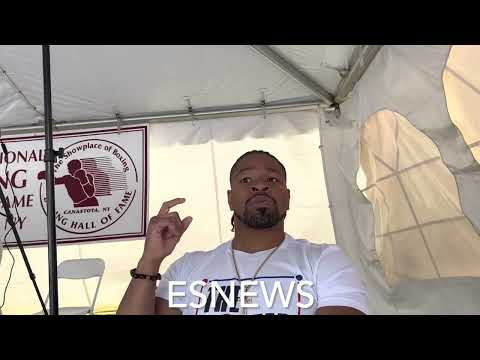