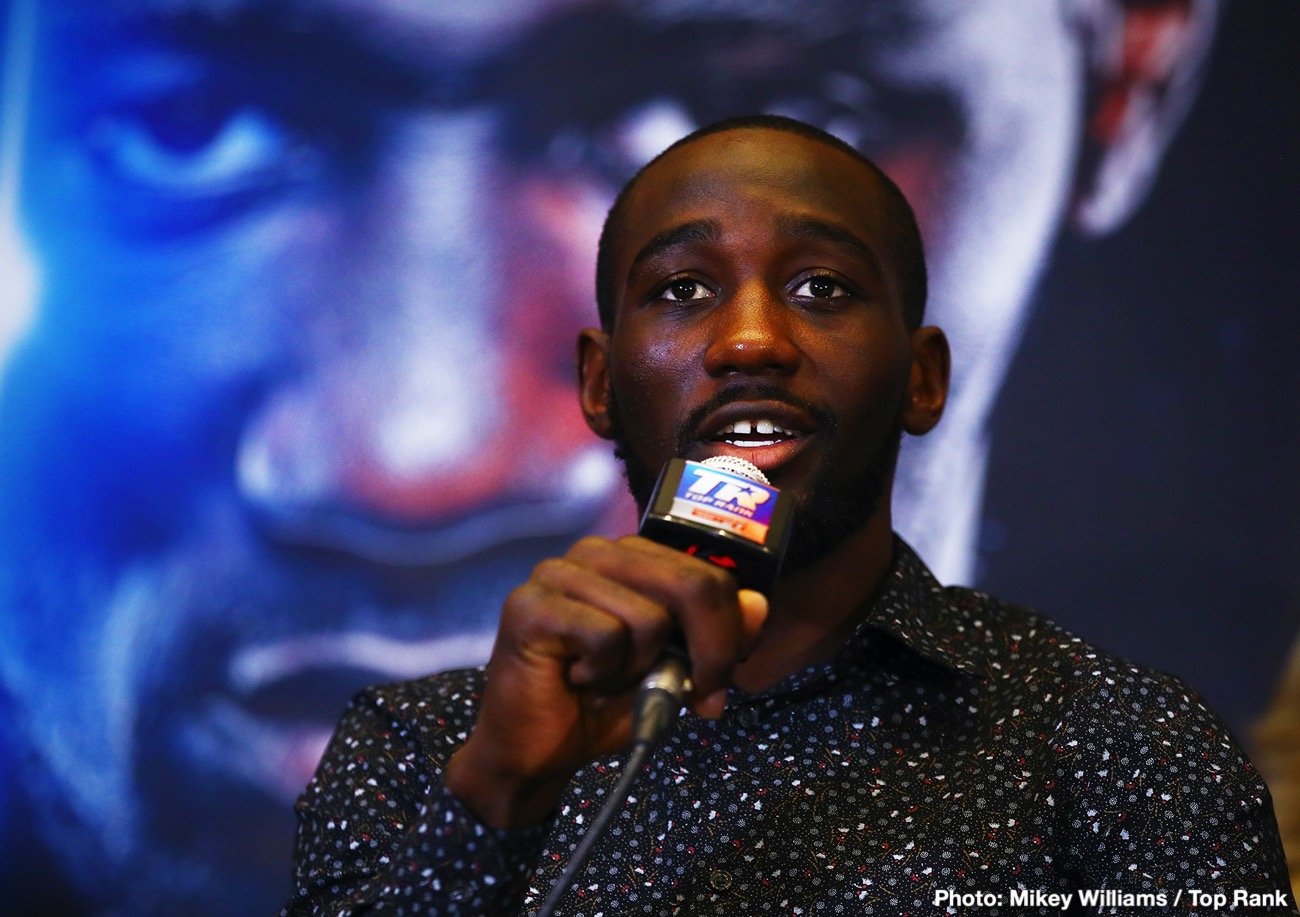 With his upcoming fight this weekend, Terence “Bud” Crawford stops by the Last Stand Podcast with Brian Custer to tell boxing fans what they can expect against Kell Brook. He also outlines his Welterweight hit list, addresses Keith Thurman’s demands, and tells us why the fight with Thurman never happened. And will Crawford stay with Top Rank? See what he had to say about Bob Arum’s recent comments.

BUD CRAWFORD ON KELL BROOK STILL BEING AN ELITE WELTERWEIGHT

“If he makes the weight yes, he’ll come in there with the size advantage, he’s smart, he’s been in there with a lot of great fighters, he’s strong. You got to be careful with him because he’s not a stupid fighter by no means. Him making the weight comfortably means he’s still a dangerous fighter.”

“Sometimes it concerns me, but at the same time, I don’t try to worry about those type of fights that are not getting made. I feel like I’ve already put my stamp down in the history books and my legacy will live on no matter what, if I get those big fights or not. Given all those things that I’ve accomplished in the sport of boxing as a whole. Do I want those fights that everybody calling for…yes, I’ve been calling for those fights before I was even 147.”

“I hit up Bob Arum and Todd Duboef and I said offer Keith Thurman the fight, I don’t even want to fight Kell Brook offer Keith Thurman the fight. They come back and said that fight will never happen. I said why, they said he wants ten million dollars! He asked for ten million dollars when he only got two million for Pacquiao. Keith knows what he’s doing, he’s going to do all that talk and behind closed doors, he’s going to out price himself that way he can make it seem that we didn’t send the contract.”

CRAWFORD ON BEING #1 ON THE ESPN POUND FOR POUND LIST

“It’s about time. I’ve always felt I was number one. Whenever someone asked me how do I rate myself on the pound for pound list, I always said I’m number one.”

“It’s all about business that’s what it comes down too. And as of right now how long are you at Top Rank? Probably like a few months, few months, it ain’t that long. So, you are as a businessman putting the pressure on, get me the fights I want maximizing my dollar and I stay at Top Rank, otherwise, I may look to move on, correct? Correct, it’s always been that way.”

CRAWFORD ON THE FIGHTS HE WANTS AT WELTERWEIGHT

“Pacquiao for sure, I’ve been calling for that since 2015 and that’s the crazy part, that fight still hasn’t happened. Of course, Errol Spence fight, Keith Thurman fight, those are the fights that I’m really intrigued about. And maybe a Danny Garcia fight, me and him got a lot of history together and I know me and him would make a great fight.”