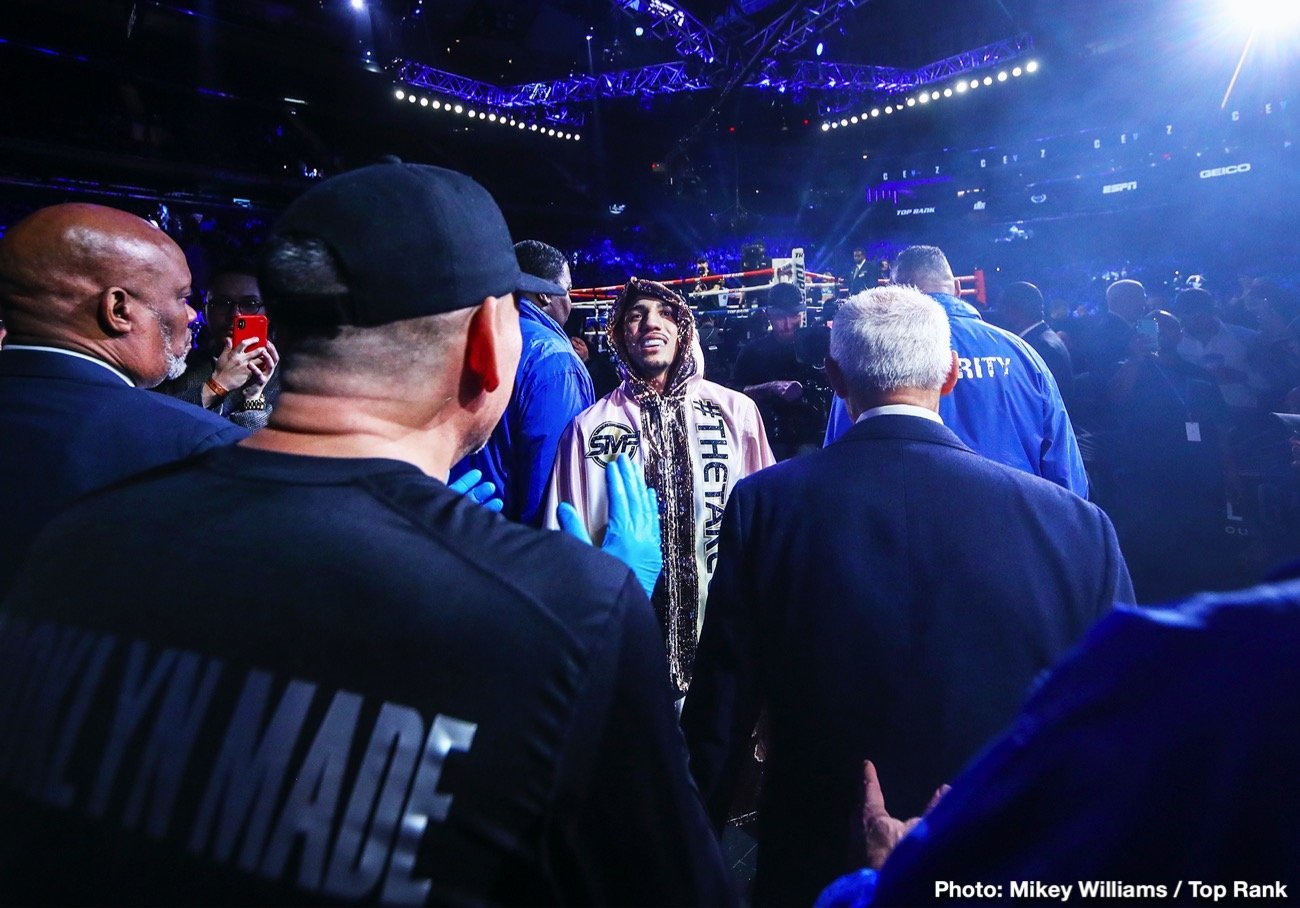 Teofimo Lopez enjoyed a breakout year in 2019. The unbeaten 22 year old capped off a fine year, in which he fought and won four times, when he went right through the tough, never stopped Richard Commey inside two rounds to rip a version of the world lightweight title in December. And now the Brooklyn man is thinking much bigger. In fact, Lopez is “dreaming big.” Speaking with ESPN, Lopez said he aims to fight, and defeat, pound-for-pound king Vasyl Lomachenko next, and then move up to dominate the 140 and 147 pound divisions.

Lopez is now nicknamed “Takeover,” and if he can do as he says and defeat the mighty Lomachenko, the main man at 135 pounds, he will have made huge inroads as far as taking over the lower weight divisions and being the new face of boxing. Lopez says that it is time for him to make the move up to 140 pounds, that his body has told him so, and as such he will have just one more fight at 135 before going up.

And Lopez aims to have this final fight at 135 against “Hi Tech” (the fight not yet 100 percent official but highly likely, probably for April).

“Beating the top dudes in the division. In every division. From 135 to 140 and unifying and becoming undisputed champion,” Lopez said in reply to being asked what he aims for in 2020 and beyond. “It’s going to be a big year. Dream big and you get it done. After I beat Lomachenko, I’d be the undisputed champion at 22 years of age, God willing, and after that, somebody in the likes of Jose Ramirez or Josh Taylor at 140. Even Regis Prograis. Big names, top dudes that people probably fear. After 140, when I probably clear out that division, too, I’ll go to 147.”

Read:  Dillian Whyte to fight on September 11th/18th in U.S, will have earlier start time for UK viewers

There is clearly no limit to Lopez’ ambitions, to his ability to dream big. But can he actually beat Lomachenko? Thus far, only one man has ever beaten Loma at pro level – this being Orlando Salido, in an over-the-weight performance of a closer than close decision win, seemingly one that took place an age ago now – the Ukrainian’s dominance being quite something. But Lopez told ESPN that there is a “blueprint” on how to beat Lomachenko and that he will show us all how it’s done if and when he fights him.

“I know my body is ready to move up to 140,” the 15-0(12) Lopez said. “So it’s either this fight happens with Lomachenko or I defend the belt and I move on to 140. There’s one more fight at 135. Tune in when the (Lomachenko) fight happens. The blueprint has always been there. I guess I just need to show everybody because nobody else could do it.”

Rest assured, we will all be tuning in to see the old (but not that old) master take on the new star (in the making); what a great fight this one really could be. And if Lopez can emerge victorious, it would make his previous wins look like kid’s play in comparison. Just how far can Lopez go? It sure promises to be a lot of fun finding out.