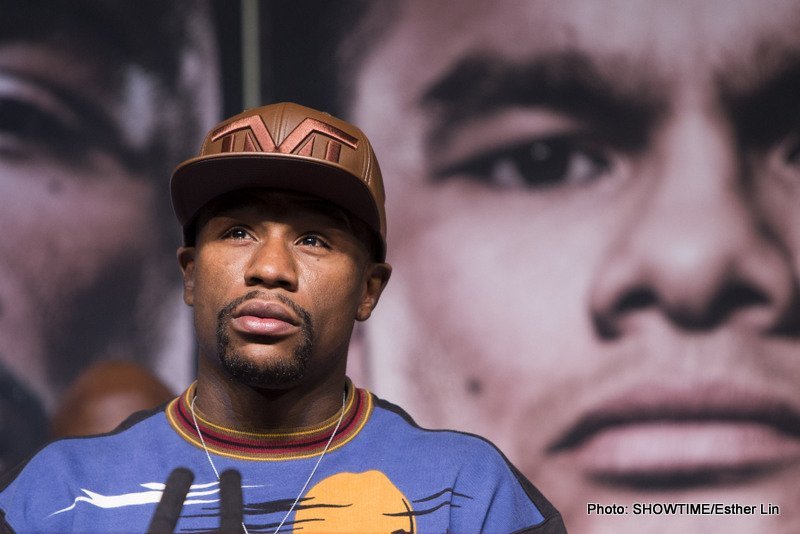 I’m “a typical liberal with his head in the clouds,” my former barber once told me. Reductive labels aside, the simple truth is that I have no time for anyone who insults others based on ethnicity, religious beliefs (or lack thereof), sexuality, age, physical and mental differences, and so on. I’m not talking about political correctness. I’m talking about basic human decency. Back in 07, when said former barber told me he’d end his own life if “that nog Obama or that bitch Hillary” got the Democratic nomination, I stopped patronizing his business.

Imagine then how I digest a comment thread on any given boxing website. Rampant and various forms of discrimination – though they may be the oldest – aren’t the only problems plaguing our niche sport.

Consider just this last year, yet another in which the last of us die-hard fans have been drenched in an alphabet soup chock full of over-priced PPVs with snooze-inducing undercards, incompetent judges (here’s looking at you, Julie Lederman), poor presentation and limited network coverage (the UFC does it right; boxing as a collective does not), inadequate drug testing, and more generally the defensive machinations of that diabolical, invisible puppet-master Al Haymon.

I repeat. Andre Ward is on the bench. Keith Thurman isn’t a household name. Al Haymon, as Jim Lampley more recently and more articulately pointed out, does us no favors.

No amount of public demand or mountains of dough from investors in the United Arab Emirates has been able to make Mayweather-Pacquiao materialize. Boxing on the eve of 2015 evokes the final shot of “The Empire Strikes Back.” Our sport’s relevance is frozen in carbonite. Where do we go from here? As fans, what control do we have over the destiny of the sweet science?

What we can and must elevate – in our living rooms, in our comment threads, from our barstools at the corner bar on the dim-lit edge of town – is the maturity of our dialogue. I’m not advocating against cursing and trash-talking and sundry other often-enjoyable forms of idiocy among grown adults. I’m saying we need to actively ignore or shame the dimwits among us who insert prejudice into a sport that should instead be defined by its best virtues, by competition and the distillation of pure human spirit that occurs in the best of fights.

Browse the comment section on any given article about the Mayweather-Pacquiao saga and you’ll be hard-pressed not to find mention of “Gayweather” (in which, as Macklemore put it, “gay is synonymous with the lesser”) and “Pactards.” Now consider universal human rights. Why should anyone who identifies as gay or anyone born with an intellectual or developmental difference have to put up with the above slurs? Why drag boxing down even further with casual cruelty?

Casual racism, as if this needs stated, is even more prevalent. Take this eloquent remark on a September 26th, 2014 article on Boxing247.com from commentor “the loose cannon” – “n****s, and yes im talking to black men.fight like men,stop crying to nypd lapd and furgason pd fight n****s,you complain and run like girls when you fight mexicans, fight fa**gs.”

Or try this gem from Boxingnews24 commentor bearcat on a December 28th article – “God made floyd small and black so floyd should be a hater.”

This is not an internet problem either, lest I quote the imbeciles I’ve met in person who negatively evoke race in boxing discussion. This is a problem of ignorance, of a select few who at times define the whole, a tragic few who remain ignorant or unaware of the complicated lessons entrenched in the history of both our sport and of America.

In “The Aeneid” Virgil wrote, “Now, whoever has courage and a strong and collected spirit in his breast, let him come forward, lace on the gloves and put up his hands.” There is nothing less courageous than a fan attacking a fellow fan – or certainly any fighter courageous enough to get I the ring – with discriminatory remarks rooted most likely in fear and absolutely in illiteracy and moral vacancy.

Ethnic identity should be celebrated in this our fading sport. As an Italian-American from Youngstown, Ohio, I feel a deep swell of pride any time I show buddies YouTube clips of Ray “Boom Boom” Mancini. This is a pride I imagine Mexicans feel for Chavez Sr. and Lowell Irish for Micky Ward and Argentinians for Carlos Manzon and African-Americans for Muhammad Ali, who overcame both institutionalized racism and the United States government to win back his title from George Foreman.

In her “On Boxing” Joyce Carol Oates wrote that “no American sport evokes so ambivalent a response in its defenders: when asked the familiar question “How can you watch . . . ?” the boxing aficionado really has no answer. He can talk about boxing only with others like himself.”

So on this particular tipping over of December into January, at the end of this Jerry Maguire mission statement of mine, I have a message for anyone who hijacks boxing as a vehicle for their own insecurities and casual hatred.

Happy New Year. I can’t talk boxing with you.