Anthony Joshua has once again weighed-in heavier than his rival Oleksandr Usyk. At today’s official weigh-in, WBA/IBF/WBO heavyweight ruler Usyk scaled a lean 221.5, while Joshua came in at 244.5 pounds. So, while both men are heavier than the last time they fought, this almost a full year ago, it is now known that the talk we heard over recent days of Usyk “bulking up” and adding over 30 pounds was false.

Usyk is a mere half-pound heavier than he was for the September 2021 fight, while Joshua has not gained much weight himself, coming in just four-and-a-half pounds more than he did for the first fight. Usyk was perhaps fooling us, and his opponent, by letting stories of his added weight leak out. 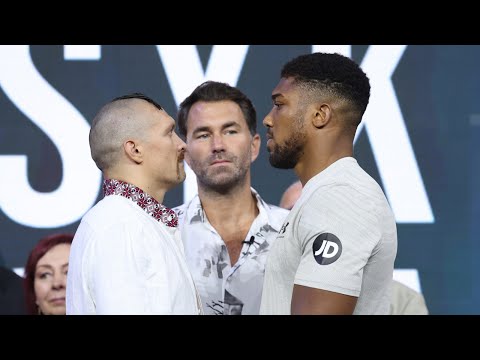 “Your expectations [of me weighing-in heavy] are not always met,” Usyk said after leaving the scale today. “We’ll see what happens tomorrow. Thank you very much. Lord help us.”

Usyk is as we know, a man of few words. Joshua may or may not have been expecting Usyk to tip-in at a considerably higher weight than was the case, yet AJ did say that “all this stuff [about weight] don’t matter.”

Joshua is always in great shape for a fight, and today he looked to be in tip-top shape once again. Usyk looked good himself, if perhaps a little less toned. But Joshua is right – this fight will not come down to weight, it will come down to tactics, to brains, to skill, to desire. Joshua says he is ready for 12 rounds, so does the former champion feel it will be another distance fight with Usyk?

Will Joshua try and box once again? Having come in quite light once again, maybe AJ’s plan is indeed to box Usyk. We know this approach failed last time, but can Joshua improve on his boxing this time? Has Usyk got another game-plan set, or will he too look to pretty much repeat what he did in London 11 months ago?

Prediction: Usyk outboxes and outfights Joshua before getting the stoppage win inside eight rounds. 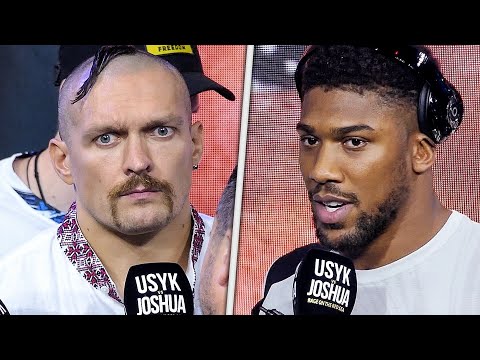