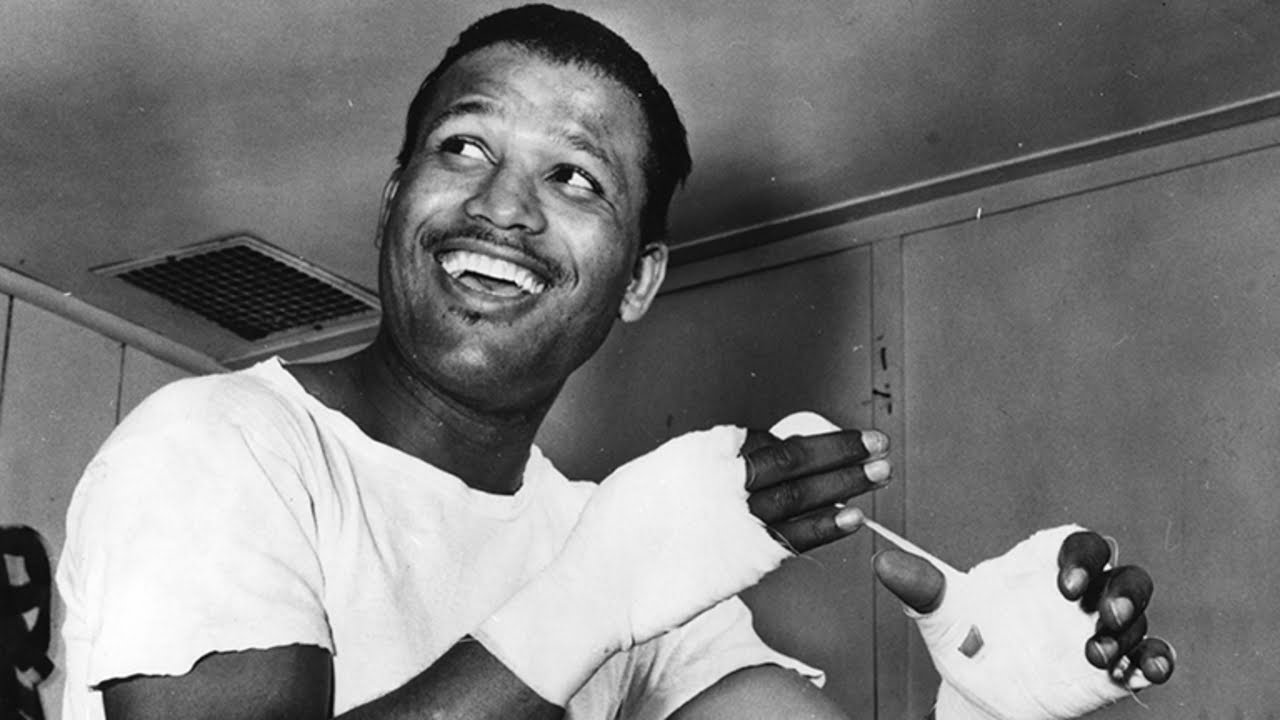 Referred to by many boxing historians as the finest boxer ever, pound-for-pound, Sugar Ray Robinson achieved oh, so much during his astonishing ring career. Fighting for twenty-five long years, from 1940 to 1965, the man born Walker Smith Jr. was basically untouchable at welterweight, while as he got older and the fights got tougher, Robinson engaged in some terrific battles, wars really, up at middleweight.

Fans know all about the hard fights Robinson had with fierce rivals Jake LaMotta (who Ray fought six times, the final time for the world middleweight crown; Robinson brutalizing The Bronx Bull to take the belt), Gene Fullmer and Carmen Basilio. It was on this day back in 1958 when a 37 year old Robinson made boxing history by becoming the only man to have won the world middleweight title five times (the record still stands, likely to never be broken).

Robinson, having been beaten by Basilio in a savage 15 round battle the previous September, with “The Onion Farmer” picking up a split decision victory after 45 minutes of grueling combat, got the rematch just four months later – truly incredibly by today’s standards; when a fighter would likely take around six months off after going through the kind of ordeal Robinson and Basilio did in The Bronx, New York in September of 1957.

This time, fighting Basilio in Chicago, a better prepared Robinson was able to come up with one last truly great fight the way the special ones can do. Robinson, an amazing 140-6-2, with Basilio being an also incredible 52-12-7, busted Basilio up. Bad. It was WWII from the opening bell and plenty of fans felt the younger (Carmen was six years younger than Sugar Ray), fresher man from New York would once again have too much energy and sheer zest than the former champ could handle. And so the war raged – until Basilio’s left eye closed, tight as a ball, Basilio a half-blinded fighter from the sixth round on.

It was brutal, seeing Robinson do what he simply had to do – target the horrific injury (this fight would absolutely have been stopped today) and pound the handicapped champion. Basilio, though, showed immense courage and sheer guts in fighting as best as he could. And what an amazing warrior Basilio really was, his drive and unwillingness to quit seeing him push Robinson as hard, almost, as he had in their first fight.

Once again, it was close on the cards at the end: with the referee scoring the fight for Basilio, overruled by the two judges who had it for Robinson. As with the first fight, the 15 round epic was awarded The Fight Of The Year trophy.

Two superb fighters, who at the time had a genuine dislike for one another (Basilio calling Robinson, notorious for getting his way in the pre-fight negotiations, “an arrogant and greedy man”) giving their all over a combined 30 rounds. There was no rubber-match and perhaps this was a good thing. There is, after all, only so much a human being can take. As it is, Robinson gave too much during his years spent in the ring. But the one and only true Sugar Ray holds the distinction as THE best of them all.